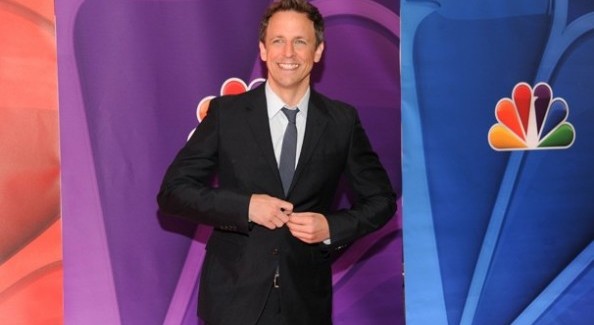 It’s been awhile, PorchDrinkers. I have so much to share with you. And I’m not just talking about Star Trek: Into Darkness. I won’t say anything here for fear of spoiling the movie… but let’s be honest, if you haven’t had Star Trek’s “twist” spoiled for you by now, it’s because you haven’t been on the internet at all.

“The Office” had a pretty good send-off

I may have said somewhere on PorchDrinking in the past that “The Office” stopped being great television a long time ago – even before Steve Carell left the show. But last night’s episode, while uneven in some spots (it’s incredibly bizarre watching the entire cast do a Q&A panel not as themselves as actors, but in character as fictional people), was an emotionally satisfying resolution to 9 years of some of the best sitcom characters in my lifetime.

The true takeaway from “The Office” – perhaps even more than in the British version – is the connection between Jim Halpert and Pam Beasely. And last night reinforced again that there is NO TV comedy couple who can make people misty-eyed quite like these two. More than Kevin or Dwight or Stanley or any of those characters, you’ll miss Jim & Pam, because their story makes your heart so happy.

So goodbye, “The Office.” You’ve always left me smiling and satisfied.

Seth Meyers is the new Jimmy Fallon, and will continue being Seth Meyers for awhile.

Meyers has been officially named the successor to NBC’s “Late Night” once Fallon takes over “The Tonight Show” next year. Lorne Michaels (the SNL creator/the inspiration for Dr. Evil) will executive produce the show. And he’ll also exec-produce Jimmy’s “Tonight Show,” which will be taped in the same building. And he’ll also exec-produce “SNL” in its 39th season. They should re-name Rockefeller Center the Lorne Michaels Tower.

Anyway, Seth Meyers, who currently anchors Weekend Update on “SNL” and serves as head writer, will continue to work on “SNL” through the fall. They’re making the late night show switcheroo sometime around the Winter Olympics, so if you’re looking forward to a regime change at “SNL,” tune in next winter. Just don’t expect to see Bill Hader (who’s leaving for sure) or Fred Armisen or Jason Sudeikis (who are both also probably leaving).

Also, let’s celebrate. With Jimmy and Seth getting their new gigs, it means we’re officially done with Jay Leno forever.

TV upfronts are going on as I type this. It’s a bunch of rich people getting together and talking about how their TV shows will help make other people rich, too, right before asking for millions of dollars. Nevermind what upfronts themselves are, but this is the time of year when shows are canceled and new shows are ordered by networks.

A few quick notes on shows I know PD readers and writers enjoy(ed). “Happy Endings” is dead. Same for “Go On” and “Whitney” (hallelujah) and “Vegas” and “1600 Penn” and a bunch of other shows you didn’t watch.

Good news on returning shows: “Parks & Rec,” “Community,” and “Parenthood” are returning. And shows on other networks.

As for pickups of series, our pop culture staff will have a full look at that at some point. And rejoice! Jack Bauer is back! Fox is bringing back “24” as a miniseries for 12 episodes. Hooray!

After an AMAZING career as a journalist, TV personality, entertainer, and inspiration for countless parodies of her speech impediment, BabaWawa Barbara Walters is retiring next year. Is the announcement deliberately timed to coincide with May sweeps? Maybe. But will she be missed on “The View?”
Maybe. I don’t know. I have a Y chromosome.

I picture Barbara, Leno, Regis, and Larry King all hanging out getting drunk in their retirement together. I’d watch that show.

I’m Running Out Of Time to Hype “Arrested Development”

Because it’s COMING BACK SO SOON! There are billboards all over LA, and an official trailer for season 4 of “Arrested Development” online. The Netflix series is going to be amazing. Believe the hype. It will be amazing. It has to, okay? It’s gonna be amazing. Seriously.

“How I Met Your Mother” SPOILER!

HIMYM did what some “Lost” fans say that show never did – it answered the show’s greatest mystery. This week on the season finale, viewers met the mother. You may recognize Cristin Milioti as the girl who played the hot writer on “30 Rock” for one episode. She also starred in “Once” on Broadway. And now she’s the titular character on what remains one of TV’s biggest sitcoms.