Did you click this link because you were looking forward to seeing a list of animated GIFs?

We don’t blame you. It happens to lots of people. GIF-lists are click-bait on the internet, and more sites are using them as ways to lure in viewers with entertaining and highly share-able content. This list of GIFs is different. This is a list of GIFs to show how I feel about the growing trend of GIF lists.

This is going to be all over my Facebook newsfeed, isn’t it?

I’ll just go over here and read this news-based and journalistic article about the escalating conflict in Ukraine… aaaand it’s a list of gifs to “explain” the revolt.

This post has 30,000 retweets, and yet print journalism is dying.

So is it seriously someone’s job to sit at a computer all day and come up with gifs? People go to school for this? People get PAID for this?

And I’ll bet the guy who comes up with lists of cat gifs makes more than me.

I can’t believe I bookmarked this site

This website used to post stories about academic research and space exploration, and their top story is currently a list of Beyonce gifs. If I could talk to the editor-in-chief of this site…

Son of a bitch, why am I still scrolling through this list of gifs? I have things to do…

I have to leave for work. I need to stop looking at my phone.

Holy crap, did you hear about this? Secretary of State John Kerry had a closed-doors meeting with several members of Congress in which he admitted the Administration’s policy toward Syria is failing, and that Bashar al Assad is failing to meet deadlines to surrender chemical weapons. Isn’t that… oh… you don’t want to read about that? You’d rather read a list of “17 Reasons Going Vegan Is The Worst?” Cool. Do that.

Someone I respect and admire for their intelligence just asked me, “Did you see that thing about how ‘Mean Girls’ and the Sochi Olympics are basically the same thing? With all the ‘Mean Girls’ gifs? It’s so funny! And true!”

And sadly… I had seen it. Shame on me.

Oh, thanks for sending me a G-Chat with a link to “34 GIFs of Jennifer Lawrence Being Cooler Than You.” I had only seen it seven times already.

Isn’t it a little bit lazy to use TWO “Anchorman” gifs in the same post?

But hey, it’s pretty clever that they managed to sneak in an allusion to Miley Cyrus. Super original.

Oh, and there are those out there who will want me to remind you that TECHNICALLY, it’s pronounced “jiff” and not “giff” – the G is soft. But… I mean… 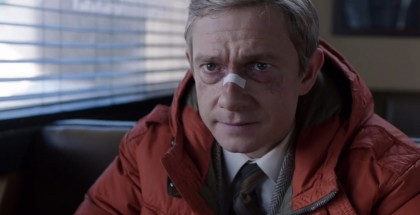