We honored the moms last month, and now it’s the dads’ turn. The PorchDrinking staff shares some dad stories, thoughts, and memories. Plus, two staffers find out their dads have a lot more in common than they thought.

Tristan: My Dad is where I get most of my goofiness, he always has funny little sayings.  My favorite is when they feed our dog Yoda right before dinner. Then afterwards Yoda always begs for more food and that’s when my dad gives him his “bonus”. I am really grateful that he has imparted such a positive outlook on life.

Jason: My Dad is where I get most of my goofiness, he always has funny little sayings.  My favorite is when they feed our dog Yoda right before dinner. Then afterwards Yoda always begs for more food and that’s when my dad gives him his “bonus”. I am really grateful that he has imparted such a positive outlook on life.

Katherine: My dad is an amusingly smart person and has interesting ideas about how to raise children. As a former hippie he is at his core anti-authoritarian and lived his life as such. While I hated it as a child, one of my memories that is quintessentially ‘Dad’ is that he was annoyed by all the commercials that children are exposed to from a very young age. He used to literally erase any commericals from our beloved disney movies to limit exposure, and banned TV outright. We were allowed to watch PBS and films (often torturous film school greats). I may have hated it when my classmates could only talk about 90210 (to which my dad would respond, ‘because they’re boring’), but now I see my cynicism about messaging is likely due to his adamant limits on our exposure as kids.  Could this be where I got my interest in social media and social influence?

Caitlin: Katharine, sounds like your dad and my dad were exact opposites. My dad was a Marine Corps captain (before I was born but once a marine, always a marine- amiright?) He has a motorcycle. On weekends when I was in high school and college, when he wasn’t being a volunteer police officer, he was off training Navy SEALS and SWAT teams. He ran a marathon last October at the age of 63. My dad is a badass. Through all his badassery, my dad taught me discipline and patience. I’m just as, if not more stubborn than him because he taught me if I can out wait my opponents, they will probably give up and I will win all their candy. I get my toughness from him (and Buffy the Vampire Slayer).

Being all Mr. marine poster boy, you would think he would have wanted boys to turn into little baby Marines. Nay, sir. He recently sent an email to my sister and me saying how proud of us he is. It was a lengthy email and it made me cry like a little bitch. So basically, my dad is Liam Neeson in Taken. You fuck with his little girls and he will use his set of skills on your ass.

He is also not ashamed of how foul my mouth is, which is the best anyone can really hope for.

Katherine: LOL, well *former* hippie is the operative word. My dad did his 20 years in the air force. I mean why not? They paid for med school, he could travel and work in exotic places (Europe), parachute out of planes and didn’t have to coordinate his outfit in the morning. My dad famously got pissed when we let some boys down the street be mean to my sister and I and not let us play street hockey. He bought us some killer roller blades with grind plates (yea I was badass once thank you 5 years of ice skating competitions), lots of padding (safety first), expensive sticks, and told us to not come back till we had kicked their asses.

Caitlin: Your dad jumps from planes, mines scuba dives. They would be friends.

Scott: My dad tried to embarrass me all the time when I was a kid. Not maliciously, but he just knew I was shy and he was trying to get me to break out of my shell. One of the ways he tried to embarrass me was to skip through parking lots or anything with a bulk of people, because he knew I’d be horrified.

We were in South Dakota walking through a parking lot, and he started skipping. A guy walking towards him stopped and said, “Happy little guy, aren’t ya?” He never skipped again. I remember this story being funnier, but it’ll stick. He’s a great dad.

Josh: I have so many fun memories with my dad relating to anything from music, sports, cars, movies and business and just him being a total badass at life. He became a man at the age of 12 when his Dad passed away from cancer and had to look after his younger sisters and my grandma and has always been the most generous person. Looking at all the friends he has made over the years in different stages of his life, and being able to support my entire family’s education (I have 6 siblings) and granting us every luxury but while still making sure we all knew how to work hard and work towards something. The memory I will always have of him is just being the ultimate salesman and when my oldest sister got married, he missed a west coast convention and to ease the suffering of his absence, they made a cardboard cut out for all who wondered why he wasn’t there…. That, and the time he drank me under the table at Steinkeller with back to back shots of Nutty Irishman and Jameson ending very poorly. They didn’t have his favorite scotch so we “settled” for good ole Jamo. 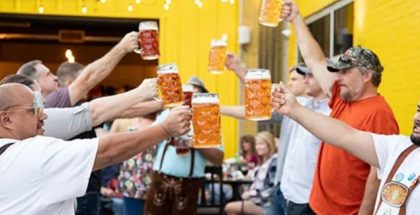 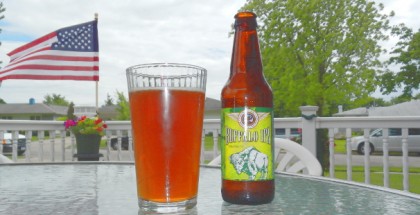