Stop me if you’ve heard this one before: a boy and a girl live in the same city, and have been friends for years.  They spend tons of time together, and have maybe even had a crush on one another at some point, but always at different times.  Suddenly, something changes.  They fall madly in love, and live happily ever after.  If it sounds like a million romantic comedies you’ve seen before, you’re right (I’m looking at you, “Drive Me Crazy” and “When Harry Met Sally.”)

A little backstory– Timothy Goodman and Jessica Walsh, both artists living in New York, have been friends for the last four years.  They have the same circle of friends, teach art classes at the same studio, and generally enjoy each other’s company.  They each have their own bad habits when it comes to dating, however: Jessie falls in love way too quickly, while Tim can’t commit.  And about 6 months ago, they both found themselves single at the same time.

They decided to conduct an experiment, and break themselves of their bad love habits.  They would date only each other for 40 days.  The ground rules were simple:  see the other person every day, go on at least 3 dates a week, visit a couple’s counselor once a week, and record it all for posterity.  At the end of the 40 days, re-evaluate the relationship.  40 Days of Dating was born.

While the experiment actually took place this spring (Day One was March 20, 2013) the blog where they post their innermost thoughts is set on a bit of a time delay.  One post per day (roughly) is released, so you can follow their blossoming courtship over time.  This also gives them time to illustrate their posts with handwritten artwork, time-lapse videos, journal entries, and photos.  The site is beautifully done, and if nothing else, each of the participants are bound to see an uptick in interest in their work for their efforts.

At the heart of the blog, however, is the emotional aspect of the project.  While some speculate that the entire project was conceived simply to draw attention (and the fact that the website has gone viral in the last few weeks, and that both Tim and Jessica have recently hired representation doesn’t help that perception) most readers are simply drawn in by the insightful and deeply introspective commentary; both participants aren’t afraid to lay themselves bare for the project.  If you’ve got some time, head over to the website and see what all the fuss is about (fair warning, I read almost all of the available posts in one evening- it can be addicting.)

Getting a Woody – Russian River Supplication 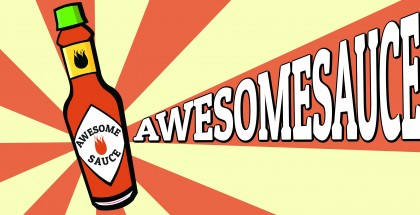 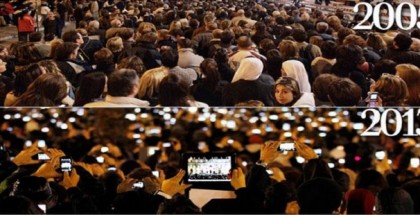