As evidenced by my love of Doctor Who, William Shakespeare, and the entire range of BBC America programming, I’m a bit of an Anglophile (ok, beyond that…as previously mentioned, I own a Queen Elizabeth diamond jubilee mug, and I most definitely woke up early to watch the Royal Wedding a few years back.)  As just such an Anglophile, one of my least favorite things to hear is “all British food is disgusting.”  Most people think of British food as black pudding (don’t ask) or spotted dick (actually, quite delicious- it’s  basically cake, people!) and of course there are some real losers out there in the spectrum of British gastronomy. (I’m looking at you Haggis.)  However, there are also some real gems that you should seek out if you’re ever given the opportunity: these dishes may just change your mind.

Another one of those things that sounds awful until someone explains what exactly it is, and then you immediately want to go out and find one to scarf. Scotch eggs are eggs wrapped in a breadcrumbs/spices/ground pork layer, and then fried to cook the outer mixture into a hard shell.  Think crunchy, spiced sausage patty with a perfectly soft-cooked egg inside.  Usually the spices include sage and rosemary, giving the sausage a hearty, medieval taste. Best. Breakfast. Ever.  (Or dinner, or lunch, or elevensies, or fourth meal…you know, anytime snack.) In the words of Fat Bastard: “GET IN MAH BELLY!”

If you’ve ever tried St. Germain liqueur, you’re familiar with the taste of Elderflower. It’s vaguely floral, but more citrusy tasting- like a field of lemon trees on a warm spring day. Folks use the flowers from the elderberry plant plus some lemons to create a simple syrup (much like Vanilla or Hazelnut flavoring at Starbucks, a sugar solution with one particular flavor to it) and then use the syrup to flavor all sorts of things. My favorite way to enjoy the taste, however, is with an Elderflower Cordial. The cold version entails mixing the syrup with sparkling water to make a sort of Italian Soda- really refreshing on a hot day. Even better, though, is the hot version. Elderflower syrup is added to a cup with a few slices of lemon, a slice of orange, and a strawberry, and boiling water is poured over the top. Think of it as the freshest tea you’ll ever encounter.

Scones (real ones!) and clotted cream

I saved the best for last. We’re not talking Starbucks scones here- the real deal is closer to a mix between a southern-style biscuit and a muffin. They’re cylindrical like a biscuit, and you can cut them in half and slather them with clotted cream- this combination is the closest thing to heaven you can experience on this earth. Sidenote- most people are grossed out by the name clotted cream, and wonder if it’s spoiled milk. It’s not. A little food primer: butter is made by shaking the holy bejesus out of heavy cream. The solids in the cream knock around together and form a ball of butter, while the liquids are squeezed out (this liquid is buttermilk, in case you were wondering.) So, think of clotted cream this way: its  cream that’s not quite as solid as butter, or butter that’s not fully extracted from the cream. In reality, clotted cream is like the softest, sweetest butter you’ve ever tasted. Now, imagine that smothered over a hot muffin/biscuit hybrid. You can now imagine the heaven that is scones and clotted cream. I WILL fly halfway around the world for this again….seriously. 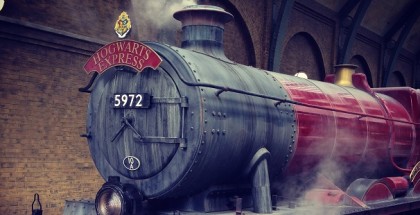