“New” Hollywood Movies Are Starting to Get Old

It’s normally a struggle to describe déjà vu to someone when you feel it. “It’s like, I remember you being here with me and we were doing something like this, but not… Ya know what I mean?” Rarely are we able to eloquently articulate the sensation of experiencing something that we sense we’ve already experienced before. The exception to that rule is if you were having this conversation on the way out of a movie theater recently. In that case, you could simply describe how there were striking similarities between the film you just saw and the TV show it was based on, or the previous film in the series, or the original version of the film that came out 10 years ago. I think the title to the seventh installment of X-Men movies sums it up pretty well.  X-Men: Days of Future Past. That’s what the movie industry feels like right now. The future releases were actually released someday in the past.

Hollywood seems hell bent on cranking out sequels and remakes in an effort to fill the seats of theaters and so far, it’s working. Since the year 2000, there have been 12 years where the highest grossing film was a sequel. The only 3 films that made it to the top of the list in their respective year that weren’t sequels were Harry Potter and The Sorcerer’s Stone (2001; based on a best-selling book), Avatar (2009), and The Avengers (2012; based on a comic book and filled with characters that have had their own movies in the past). It should also be noted that Mission: Impossible II, which was the highest grossing film of 2000, was the sequel to a movie that was an adaption of a TV show. It seems like a Six Degrees of Kevin Bacon joke, but it’s actually a cold reality. One could argue that Hollywood should strive to give us something new and tell us stories we haven’t heard, but who can blame them for going back to the well when they keep pulling up buckets of cash? If it ain’t broke, don’t fix it. And movie-goers have stated quite clearly with their wallets that the Hollywood well sure ain’t broken yet. 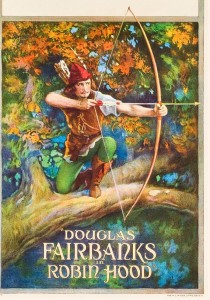 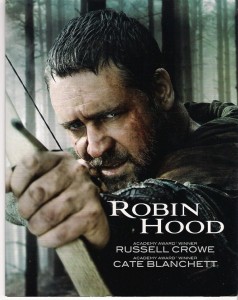 It’s a long standing practice in the business to produce and market movies that already have an existing brand. This was true back in the days of silent movies like Robin Hood (1922) with Douglas Fairbanks, and it’s true today with the new Robin Hood (2010) with Russell Crowe. Just as it was for Frankenstein (1931) with Boris Karloff and the more recent I, Frankenstein (2014) with Aaron Eckhart. People know the story already, so you don’t have to spend too much time explaining it. If that was a staple of the business almost a hundred years ago, before the invention of smartphones and Twitter whittled our attention span down to the size of a sperm’s, it’s an even more important factor today. This mentality brings us movie adaptations of TV shows like Get Smart (1965-70), Bewitched (1964-72), The Dukes of Hazzard (1979-1985), Miami Vice (1984-90), 21 Jump Street (1987-91), etc. That’s why we see studios desperately grabbing on to projects like Halo and Need for Speed, which are both video games that are being adapted for the big screen. It’s also the reason why the studio execs have gone so far down the list of popular superheroes they can exploit that they’re actually working on an Ant-Man movie. No, that is not a joke. That’s an upcoming movie starring the lovable Paul Rudd where he plays a scientist that can shrink down to the size of an insect and communicate with – You guessed it! – ants. 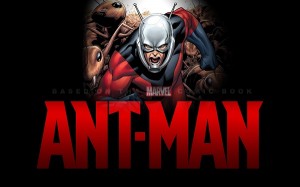 So, we’ve established that this has been a part of the industry since the start, but isn’t it possible that it’s getting a bit out of hand? I understand that popular teen novels will get fast tracked for the red carpet (The Hunger Games; 2012) and that an old science fiction movie can be redone with superior special effects that put the original to shame (War of the Worlds; 1953 & 2005). Still, it seems like the previews in movie theaters are excerpts from Saturday Night Live sketches mocking Hollywood’s inability to create something original. Godzilla, Mission Impossible 5, Paranormal Activity 5, Fast and Furious 7… They could also serve as mock titles for a Leslie Nielson spoof film. Oh by the way, they’re rebooting Naked Gun (1988) with Ed Helms as Leslie Nielson’s character. Getting scared yet? There are 3 different Peter Pan films slated for production right now and the most recent movie with the title character, which wasn’t the first, came out just 11 years ago. The rumors that occasionally surface of a sequel to Casablanca (1942) legitimately give me nightmares. In these terrible dreams, Brendan Fraser plays Humphrey Bogart’s part and Megan Fox takes over for Ingrid Bergman. It picks up right where the original left off: Weather causes Ilsa’s plane to reroute back to the same landing strip where she left Rick walking into the fog. No, Hollywood. You may not use this idea or casting. And actually, Mr. Fraser, your performance in The Mummy (1999) was outstanding. Hey, The Mummy is another movie that was a remake! This is a fun game. In any case, the biggest problem that stems from this barrage of sequels and adaptations is that it gets harder and harder for original scripts to see the light of day.

Steven Spielberg, director of classics like E.T. the Extra-Terrestrial (1982) and Saving Private Ryan (1998), stated that his recent movie Lincoln (2012) was nearly turned down by studios and would have ended up on HBO instead. If the man behind Jaws (1975), which paved the way for the formula of summer releases for blockbusters, has that much trouble getting a script made; what chance does the up and coming filmmaker have? Not every original script is going to be able to be made into a 3D spectacular like Avatar (2009). There must be room made available for original screenplays that focus more on characters and story like Lost in Translation (2003), The King’s Speech (2010), or American Hustle (2013).

John Landis, director of popular comedies like Animal House (1978), The Blues Brothers (1980), and Coming to America (1988), commented late last year that “the studios are not in the movie business anymore.” He described how movie studios are now just parts of enormous corporations like Sony or Time Warner, instead of being headed by a single person as they were in the past. The imagery I get in my head from his comments is that back in his day, you could eventually pitch your movie idea to a guy that headed up a studio and he would take his cigar out of his mouth and put his feet up on his desk before yelling, “I love it!” Then you’d sign a contract and start working on production. Today, I picture that all movie ideas are fed into a computer that somehow calculates the probable profit the film will make based off of the number of explosions in the script multiplied by the number of celebrities in the film, divided by some number they got from recent election polls. If the number is high enough, the computer makes a chart with a red line and a green line, which gets shown to a bunch of people in a board meeting, who vote on it before returning to the more pressing issues of the company like outsourcing. 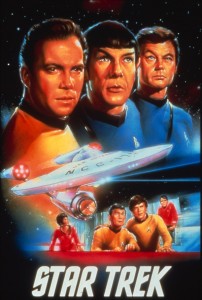 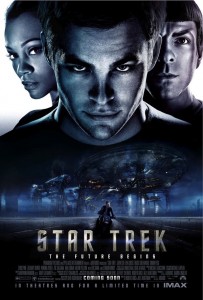 To be fair, sometimes it works. Many were shocked that just 5 years after Tobey Maguire’s Spider-Man trilogy finished up in 2007, we saw the release of The Amazing Spider-Man with Andrew Garfield in 2012. However, the movie was well received and Garfield’s performance as an eccentric Peter Parker made me wonder how I ever thought Tobey Maguire did the character justice. There have been 25 James Bond movies and they seem to keep getting better, at least recently. Star Trek the TV series started in 1966 and they cranked out 6 movies with that same cast, created 4 spin-off series, which spawned another 4 movies of their own. Not to mention the film reboot of the original series that started in 2009 and looks to be shaping up as a successful and satisfying trilogy. And of course, does anyone on the planet regret that Christopher Nolan picked up Batman Begins in 2005 after we were left with the dismal Batman & Robin in 1997? Of course not. Some old classic films were even remakes. The Maltese Falcon was originally made in 1931, but it was the 1941 version with Humphrey Bogart that got 3 Oscar nominations and was described by Roger Ebert as one of the greatest films of all time. But the formula doesn’t always work. The Total Recall from 1990 with Arnold Schwarzenegger is critically acclaimed as one of the best science fiction movies ever made. For some reason, they decided to remake it in 2012 with Colin Farrell and it domestically only brought in half the amount of cash they spent on the budget to make it. Serves you right, corporate robot that makes charts.

Show business is and always will be a business. Nobody can dispute that. Gene Wilder expressed it poignantly when he reacted to the decision to remake Willy Wonka & the Chocolate Factory (1971). He said, “It’s all about money.” Short, to the point, and absolutely true. Money and marketing is a part of the game and we decide to play every time we buy a movie ticket, whether it’s for an independent film at an artsy theater or it’s for Avatar 3 at the IMAX. There may not be a solution to the merry-go-round of movies that we see pop up again and again and if there is one I certainly don’t know what it is. All I’m saying is this, Hollywood: Yes, I am looking forward to Jurassic World (2015) and the sequel to Bourne Legacy (2012), which was a spin-off of another trilogy. However, please don’t fill your docket so full with rehashed ideas and blatant imitations at the expense of truly original work that deserves to be shared with the world. That new script just might end up being the next Star Wars (1977). And God knows how much you folks are squeezing out of that thing.