Did you see the Oscars? Whether the answer is “yes” or “no,” your co-workers/friends/family/Uber driver probably have given you their two cents on this week’s Oscars festivities. But c’mon. This is a pop culture WEEK in review, not just a recap of something that happened at the very beginning of the week. I could show you all the funny gifs of events from the Oscars or point out that PorchDrinking is amazing at predicting awards or even talk about how witty my fellow pop culture writers were on the live blog… but I won’t (I just did). Instead, in the spirit of the Oscars — and since it’ll be awhile before any real awards shows come around again — I present THE PORCHIES, a totally made-up awards ceremony I’m hosting right in the middle of this Pop Culture Week In Review. Get your tuxes ready! 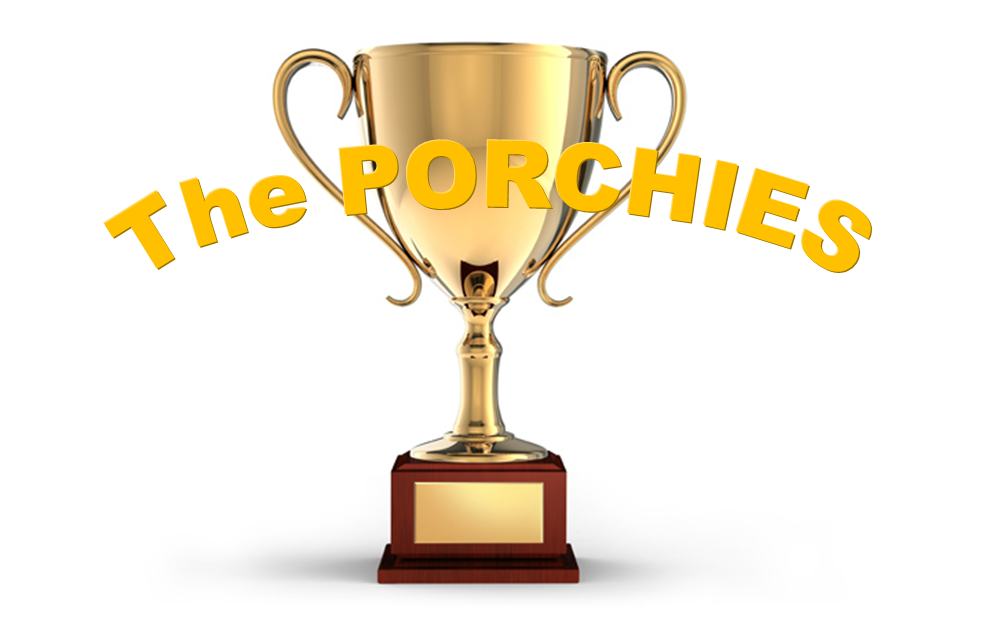 By now you’ve seen how horribly John Travolta butchered the pronunciation of singer Idina Menzel’s name while introducing her at the Oscars Sunday. It’s funny for two reasons. ONE, he was soooo far away from her actual name. He called her “Adele Dazeem” or something! TWO, literally his entire role that evening was to introduce the woman, and he could not have done a worse job.

This week, though, Travolta actually released a statement addressing his flub, and it’s about the best you could expect to do with a crappy situation like this:

I’ve been beating myself up all day. Then I thought … what would Idina Menzel say… She’d say, Let it go, let it go!

What more could you say? Bad wordplay solves everything in my book. Enjoy your PORCHIE.

Best Teaser For the “Final Season” of a Show: MAD MEN, And Also An Award to Me For Accidentally Pitching a Terrible But Totally Plausible TV Show

It doesn’t really feel like a last season, since it’s being broken in half and there’s more Mad Men to come in 2015. But hey, here’s some stuff from the new season, if you’re as into it as I am.

Yes, a few seconds of a slow-motion plane exit. I’d like to imagine that anyone who doesn’t know what Mad Men is about would watch this show and assume it’s about, like, an air marshal who flies around the country trying to stop mad men (get it?) from hijacking planes.

Shoot, after writing that, I just got a pilot for that show greenlit by Fox.

Best True Detective Theory: THIS THING, Because It All Makes Sense Now

If you watch True Detective, you know that this week’s most anticipated event is the season/series(becausethey’rerebootingitnextyear) finale of HBO’s True Detective. There are a LOT of questions left to answer. Most notably, WHO is the series’ big bad, the “Yellow King?” This eagle-eyed viewer noticed a few very subtle details that lead me to think maybe this theory has some merit. Check it out [NOT AT ALL SPOILER ALERT]

Best New Amazon Pilot: TRANSPARENT, But You Have To Watch It Soon

I may be biased because Transparent, the maybe-new-show-from-Amazon-if-enough-people-vote-on-it, takes place in my good ol’ Los Angeles. But it’s maybe the best pilot I’ve ever seen. And it’s going away this weekend. Watch the pilot before you lose it, and so you’ll have an edge on everyone else when it is the House of Cards of Amazon. Seriously. Great show.

Best New Take on a Classic: ANNIE, As Seen In The New Trailer

Yep, they’re re-making Annie, with a real trailer and everything now. Enjoy the trailer!

Worst Possible Way to End a Comedy: HOW I MET YOUR MOTHER, For Attempted Matricide [SPOILERS]

If you have not caught up on the final season of How I Met Your Mother, be warned: I’m about to blow your mind.

No. Seriously. These jerks took the better part of a decade to introduce a character they may possibly kill within a year.

Don’t believe me? I’m not the only one who’s afraid that How I Met Your Mother may be in danger of going down in history as the first comedy show to ever make its premise a cruel joke to its protagonists’ children.

“Kids… that’s how I met your mother. And grieving her recent death is the reason my voice now sounds like Bob Saget, not Josh Radnor.” 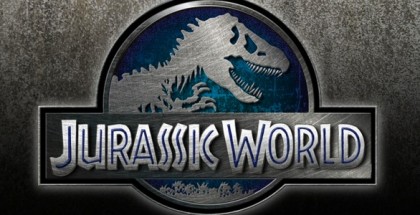 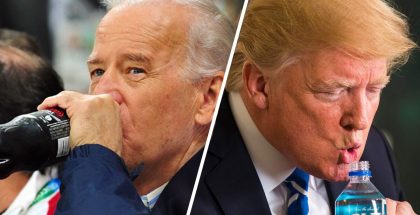