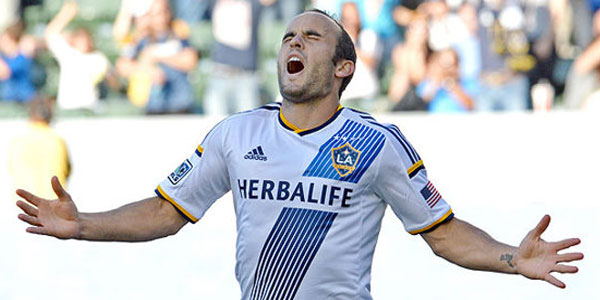 Depending on whom you talk to, this decision to keep Donovan focused on Chivas USA and the San Jose Earthquakes, rather than, say, Germany, Ghana, and Portugal, falls somewhere between the snub to end all snubs and an entirely predictable outcome of the team selection process.

The absence of Donovan on the World Cup team is unfortunate.  I take absolutely no pleasure in seeing the best player the U.S. produced in his generation left off the roster.  However, the call to cut Donovan seems to me to be indicative of a welcome shift in the thinking of U.S. Soccer.  Messages are clear: tangibles are valued over intangibles, and the U.S., despite its placement in the “Group of Death,” is here to win.

Instinctive reactions to a team deciding to part ways with a great player from its past are predictable.  It’s not difficult to find criticism of the Donovan decision that references his experience, leadership, and ability to impart soccer skill to future generations of American World Cup teams – bring on Russia in 2018!  The decision to leave Donovan at home shows that U.S. Soccer is concerned with something much more pressing – actually winning the World Cup this year.

Donovan’s career is emblematic of the generation of American soccer that saw exposure and expectations transform.  Leaving a player at a comparable point in his career with a similar legacy home four years ago would have been even more difficult to contemplate than it is today.  The teams that Donovan played on, in the last two World Cups in particular, gave American soccer fans a belief that their team could compete for a title along with the best in the world.  While management would be loathe to admit it, external expectations drive roster realities in sports at all levels.  The great progress that Donovan and his generation of players made to increase expectations for American soccer indirectly lead to his exclusion from this year’s World Cup.  It’s a sad reality, but a proud legacy nevertheless.

The road to a World Cup title in the best of years, with the strongest roster, in a group that appears manageable, is treacherous to say the least.  While the cards may seem stacked against the United States this year, the understanding on the part of U.S. Soccer is clear – opportunities to achieve such a goal come about so infrequently (once every four years to be exact), that it is foolish to not maximize opportunities to win when they come around.  Putting the best possible team on the field for this year is the best that those in management can do.  After that – well, that’s why they play the games.