The game clock was broken at Soldier Field on Sunday, so if you asked anyone in the stadium if they really knew what time it was, they would have to reply no.  Fortunately, with the Bears playing the Vikings in the second half of a lost season for both teams, the response would also be in the negative if the first question was followed up with a “does anybody really care?”  Week 11’s triumph over the mighty Vikings only serves the purpose of allowing the Bears coaching staff to continue to pretend that this season is only a minor derailment on the track to success, rather than the complete train wreck that it clearly is.

When the Bears kicked off the 2014 season, competing for an NFC North crown seemed well within the scope of reason.  Instead, Bears fans have been treated to a year that has featured the following trifecta (all of these events have transpired within the last 123:01 of game time):

3.  Brandon Marshall, the Bears’ best receiver and biggest headache, challenged a Lions fan to a fight on Instagram (personally, I only throw down if someone lets me know that they want to rumble via Pinterest, much more tasteful), offering to pay the guy $25,000 if he would meet Marshall in a boxing ring.  It would not surprise me at all if the Bears become the third team in Marshall’s career to desperately seek to cut ties with the incredibly talented and productive receiver.

2.  Defensive end Lamarr Houston injured himself while celebrating a sack of the backup quarterback with the Bears down 25, and three minutes to play in the game against New England.

1.  Prior to last week’s Packers game, my father-in-law told me that his fantasy team needed 60 combined points out of Aaron Rodgers and Jordy Nelson to win.  I told him that I would bet that he would get the victory, but he might have to stay up late if he wanted to watch it happen.  He was on his way to bed, victory in hand, with three minutes gone in the second quarter.

In a league that allows teams to turn their fortunes around faster than teams in any other sport, the Bears now seem as far away from championship contention as they have in the last decade.  This is only the third season over the last ten years (2007 and 2009 being the others) in which the Bears have been done playing meaningful games before Thanksgiving.  For a team that has only won three playoff games in that span, that’s an impressive stretch of faux-contention.

The problem is that this team wasn’t in “let’s wait and see” mode.  This was “book the hotel room in Phoenix and print the Super Bowl tickets” mode.  This was “sign the infuriating quarterback to an extension and get excited about the second year coach who won two fewer games than the guy he replaced but hey at least we scored some touchdowns so… wait a minute that sounds like a horrible plan!” mode.

The path back to hope for playoff football in Chicago won’t be a quick fix.  It’s going to take a new coach, a boatload of new draft picks, and regrettably, and finally, a new quarterback.  It’s hard to put a timetable on when this might happen – so fitting for a broken team without a clock. 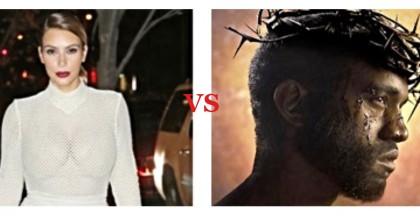