Taken end to end, the college football season spans six months. Each month brings with it its own temperament, such that August through January covers the full emotional spectrum of every single college football fan. This is universal canon and cannot be disputed.

For your convenience, we have taken the liberty of pairing a beer for each month of the season.

But wait, only a small handful of games are actually scheduled in the month of August! Does this even count? (We hear you asking.) Not only is August a crucial month in the football season, it is the best month of all! Why? (We hear you asking again.) Because all that lies in front of you at this point is hope, sweet sweet hope. Sure, some question marks exist, but every team’s greatness is found in their triumph over adversity.

Pour yourself a Summer Saison by Blackberry Farm in rural Tennessee. Highlights of apricots, fresh citrus, and melon keep you in the present moments of summer, while a solid malt base of brown sugar and bread crust remind you that your heart belongs to autumn. Cheers to a great season!

What does all that anticipation get you? A mismatch between your team and Chattanooga on a 98-degree, 100% humidity afternoon that will be competitive for just over two quarters before everyone remembers what uniforms they are wearing. Be assured that the number of heat strokes afflicting booze-sodden undergrads sitting in the stands will most definitely exceed second-half yards gained by the visiting team.

We all know that #weekendsareoverrated. Taco Mac is putting that idea into action. As part of #IPA week, they're pouring Slap Fight at all of their locations. Representing the West coast style, natch. 🍻 pic.twitter.com/G1dF3HiE6W

Before you spend the next four hours shifting your weight to separate your sticky outer thigh from the stranger’s who is sardined next to you, enjoy a Slap Fight IPA by Atlanta’s own Monday Night Brewing. Orange, grapefruit, and even papaya lure you in to a bitter finish, delivering the subtle message that not all competition is competitive.

Sure, your team struggled against North Dakota State, but everyone does! And while your starting quarterback is now out for the season thanks to a spine injury, there is no reason to worry. Your second-string redshirt freshman was one of the top recruits to emerge from Texas. Even if he struggles, the defense is looking solid; just a few TDs in each game should be plenty to come out on top. 5-0 is nothing to sniff at, either. (Or 4-1.) (Or 3-2.) There is plenty of football left to be played.

Time for a Brightside by Gnarly Barley. You would be hard-pressed to find a more solid IPA from the fine state of Louisiana. Here you will find a caramel base with big juicy tropical, mango, and pineapple notes. Here’s to looking on the Brightside!

Oh. Oh, dear. That did not unfold well, did it. Now your team needs every possible victory just to reach bowl eligibility, and it all rests on the shoulders of your third-string quarterback. Meanwhile, your rival is undefeated. At least a couple of these upcoming games should be easy victories, but there are no guarantees either. Every week you try to come up with an excuse not to watch the game – why are there no November weddings this year?!? – and every week you find yourself yet again parked in front of the TV. There is a diagnosis for this, you know. 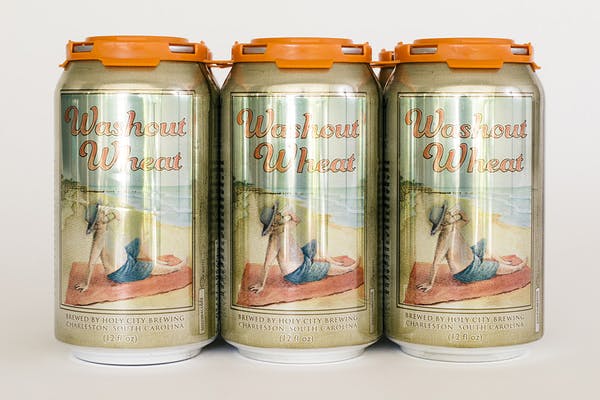 Photo Credit: HolyCityBrewing.com. Six-pack pictured because at least this many are required to make it through one November game.

Holy City in Charleston, South Carolina will cure what ails you. Washout Wheat provides a crackery wheat base showcases yeasty highlights of banana and cloves, leading to a bitter finish. Fitting for your 4th quarter blues.

The process of appointing teams worthy of a postseason bowl game is highly selective; only the top 80 of 129 teams get to play! Your team in particular will take four full weeks to prepare for some bowl game you’ve never heard of, sponsored by a local credit union in Jacksonville. December starts with two weeks of speculation and exactly zero games. This is followed by two weeks of over 30 games between teams with records just barely above, but sometimes below, .500.

December also happens to have the least amount of sunlight out of any month of the year. Realizing this, the good folks at 4 Hands in St. Louis have brewed something special for you. Absence of Light is a sweet stout with loads of peanut butter and hints of Nutella thrown into the mix. Let this sweetness brighten the dark and dull days of bowl season.

It is over. This season moved just as quickly as the extended director’s cut of the Lord of the Rings trilogy. Once January 7 is behind you, your life will be an empty chasm devoid of joy and anything beautiful and good. Just the same, you are relieved the season is over. The local news covers your team’s players stepping off the plane wearing hats and T-shirts proclaiming them “champions” after winning a game that allowed them to finish the season 7-6. You feel…nothing. Life is trite and meaningless.

It's #NationalIPADay and we're celebrating with our favorite, Jai Alai. To celebrate, so we're taking 30% off Jai Alai merch with the purchase of any Jai Alai beer. This one-day sale is only available in our Tasting Room, so hurry in and stock up while supplies last! pic.twitter.com/Ym7YGrVvkW

The best quaffable to emerge from Florida since Gatorade mixed with tequila, Jai Alai is on the scene. Let Cigar City’s tropical goodness wash over your palate as you consider alternative sports. There’s got to be a better way, and Jai Alai is here to help you find it.

What may have escaped your attention is that every single one of these beers is from SEC country. That is because, spoiler alert, the entire season was all about the SEC anyway. Every commentator, sportswriter, and sideline reporter will tell you so.

College football: If It is Not the SEC, It Does Not Matter! ® 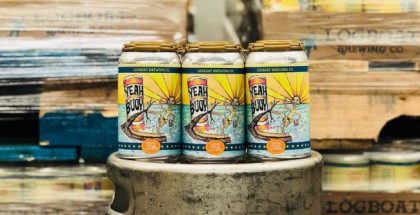