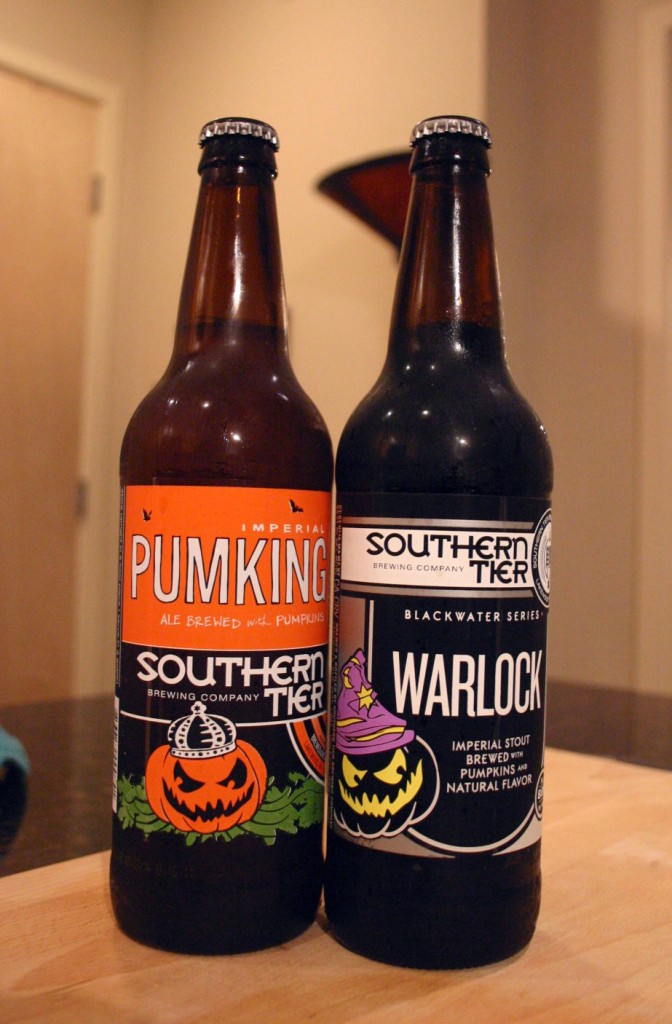 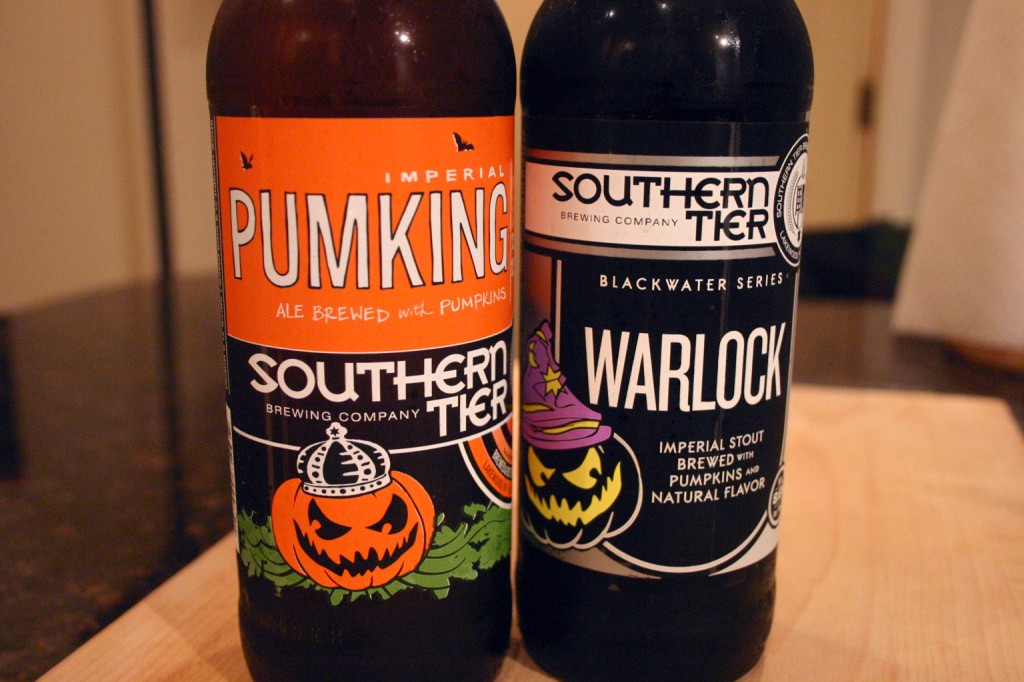 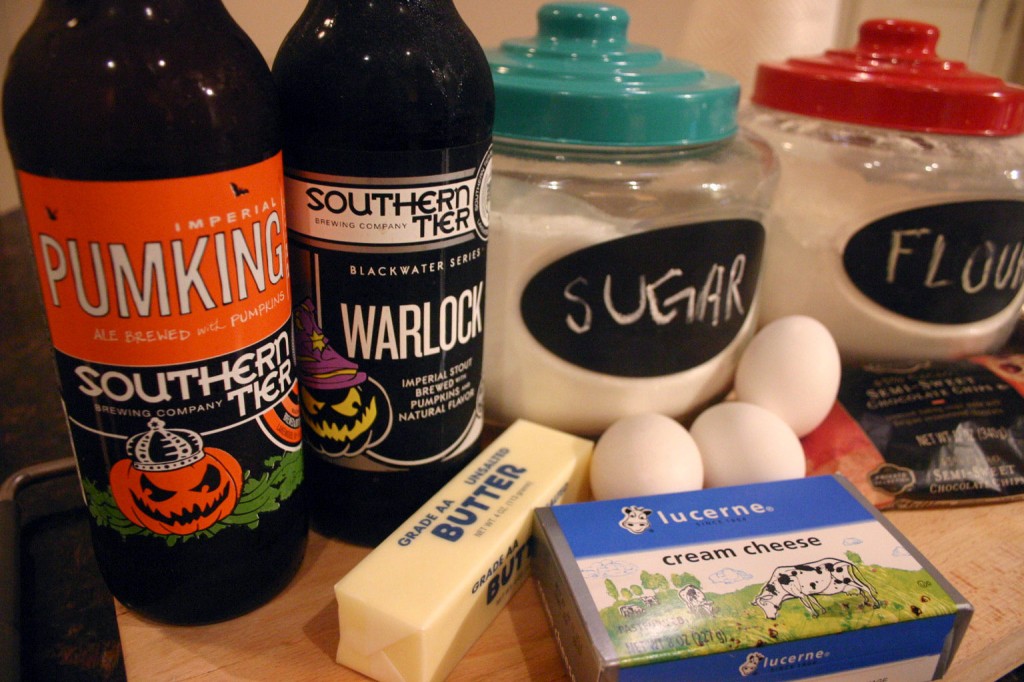 Pour each beer into separate pots cooking on medium-high heat until simmering, then decrease to a heat low enough to keep them bubbling. Reduce both the Warlock and Pumking to a bit less than ¼ cup. It helps to measure in a glass measuring cup (it can withstand the heat). When finished, set aside to cool. 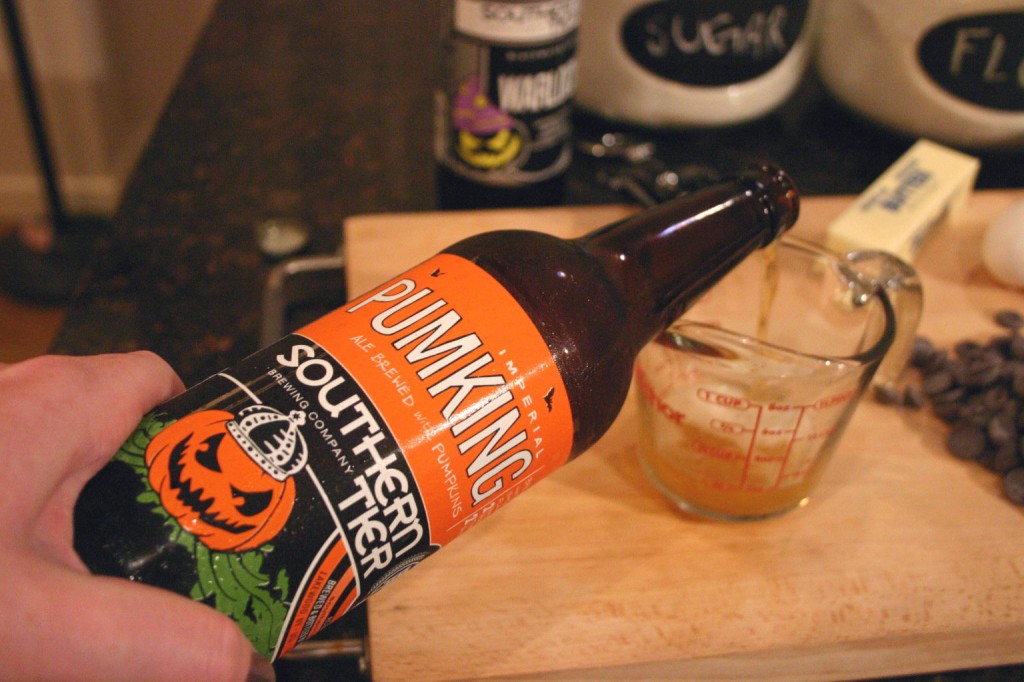 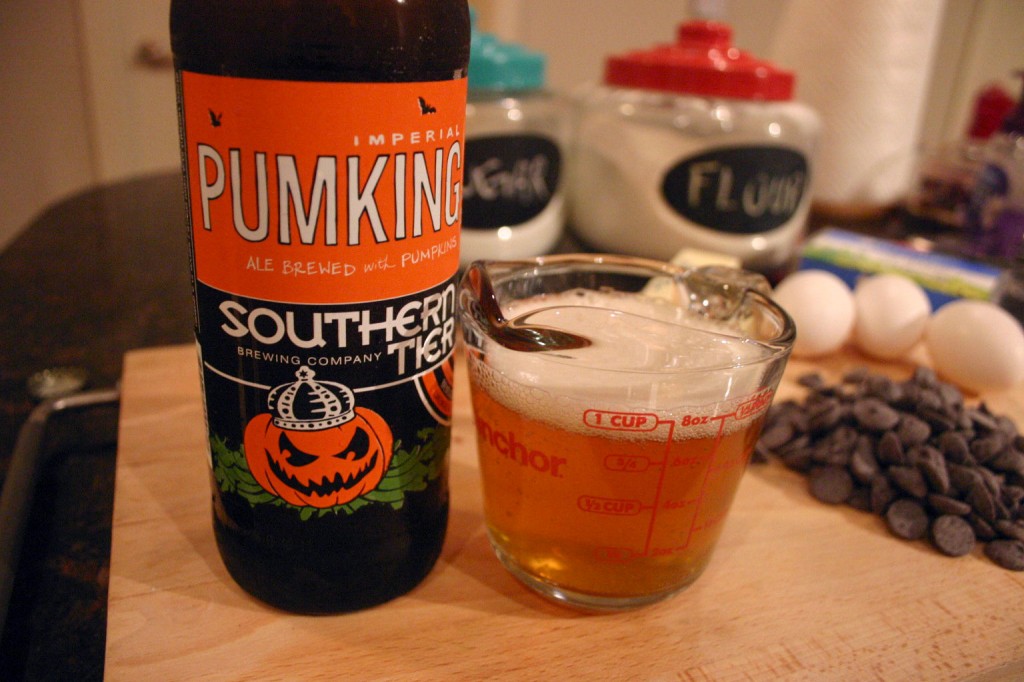 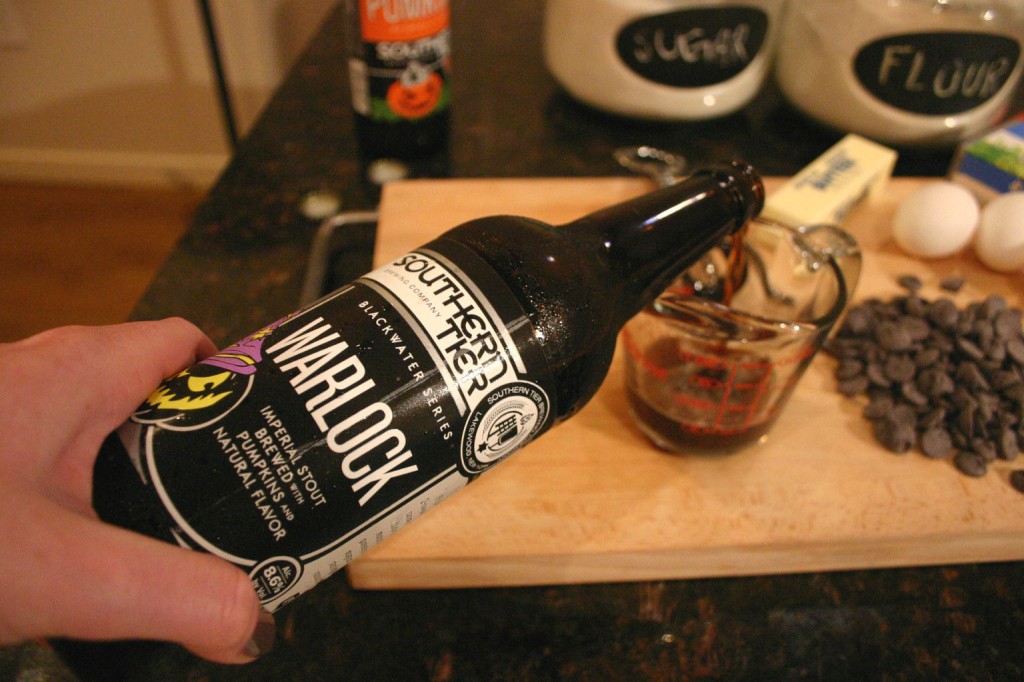 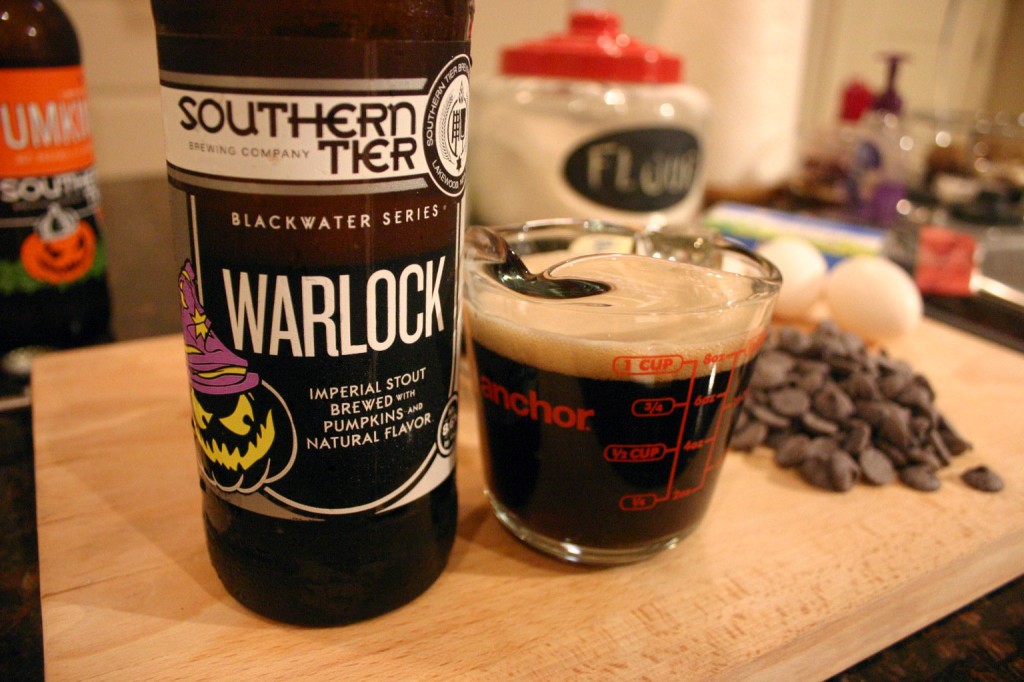 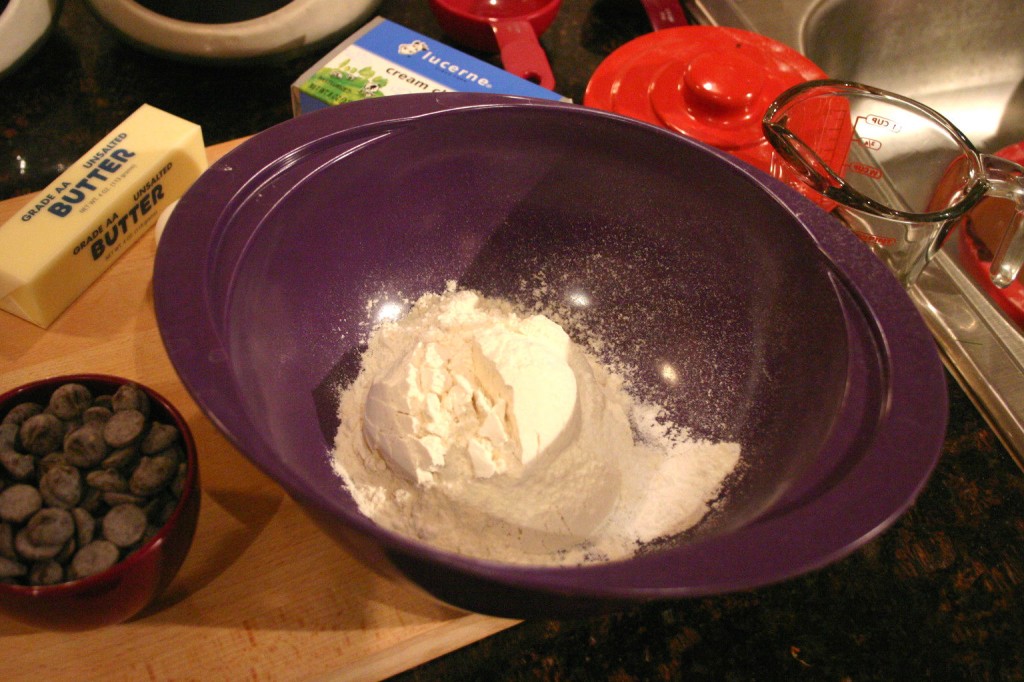 In a large pan, melt the chocolate and butter on low heat. Once melted, stir in the sugar and Warlock reduction. 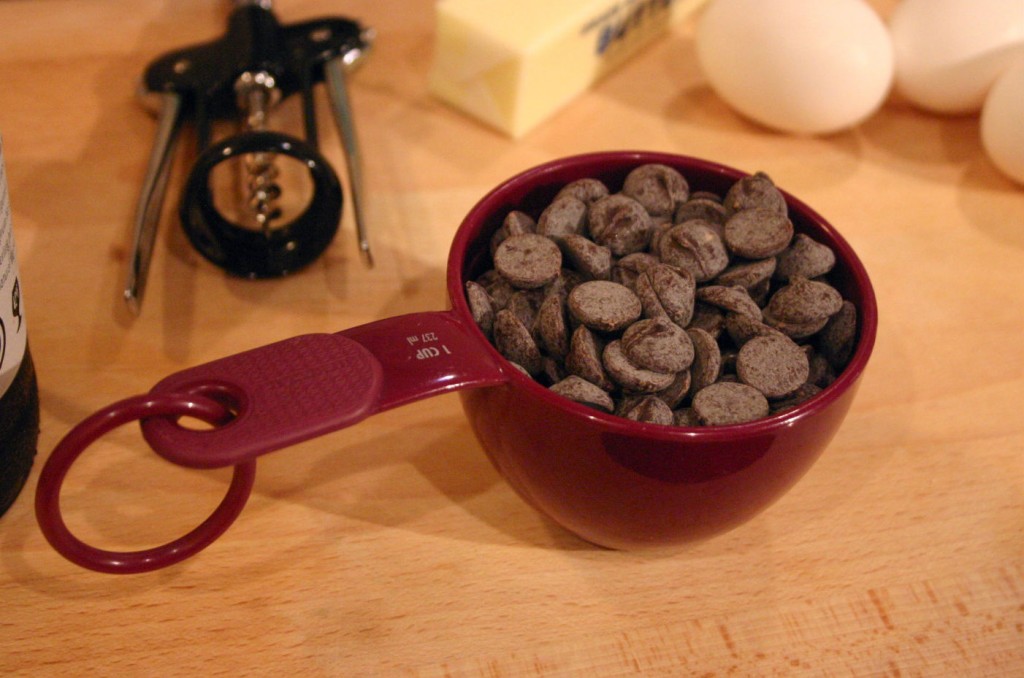 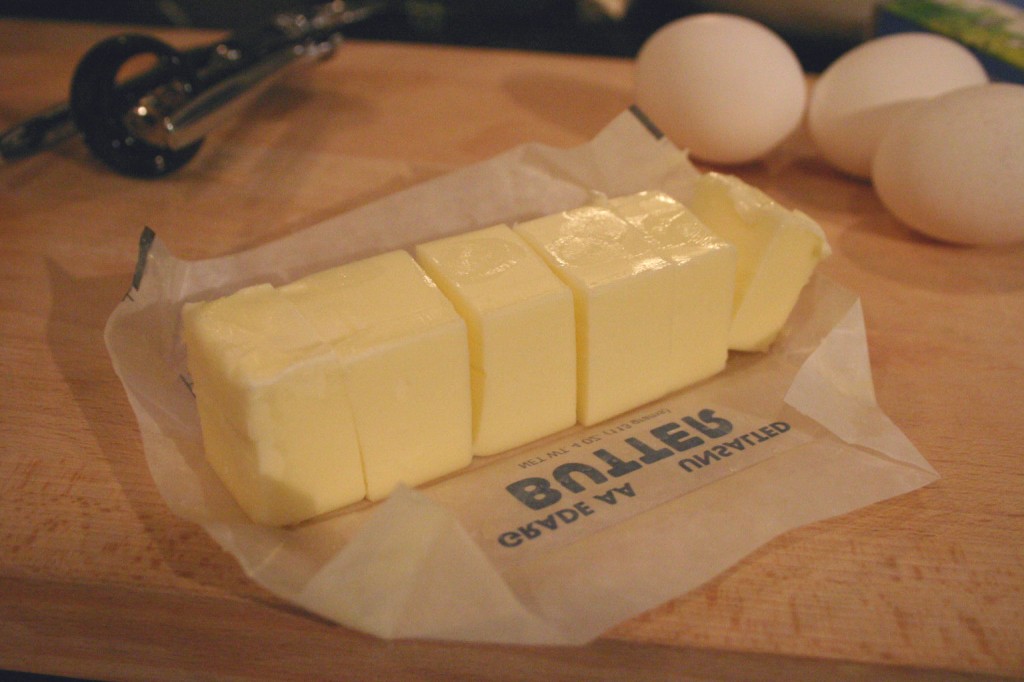 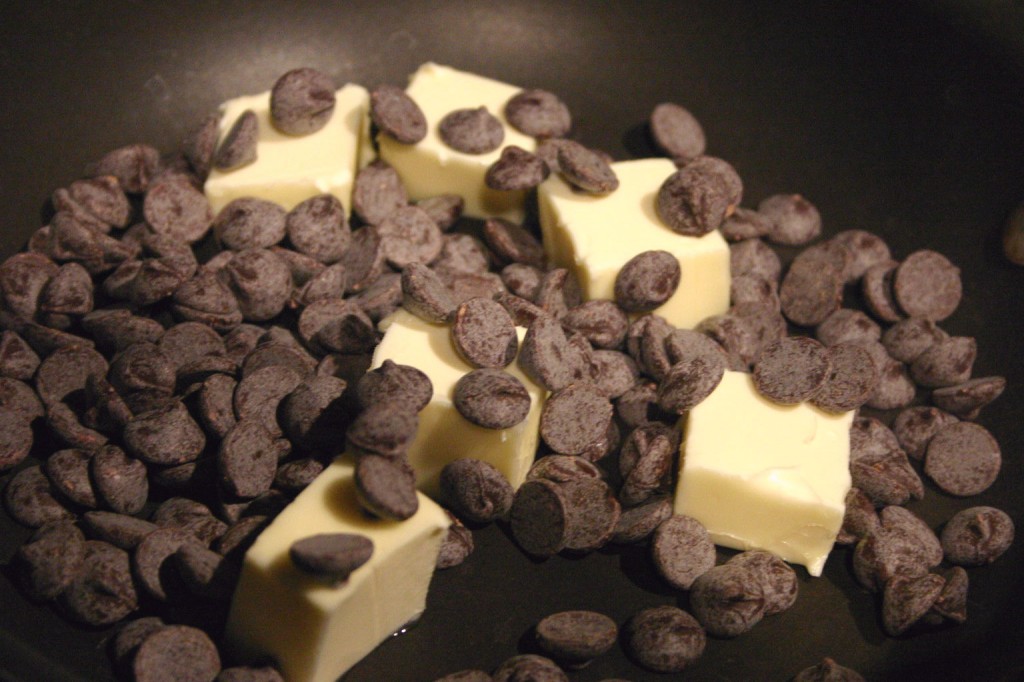 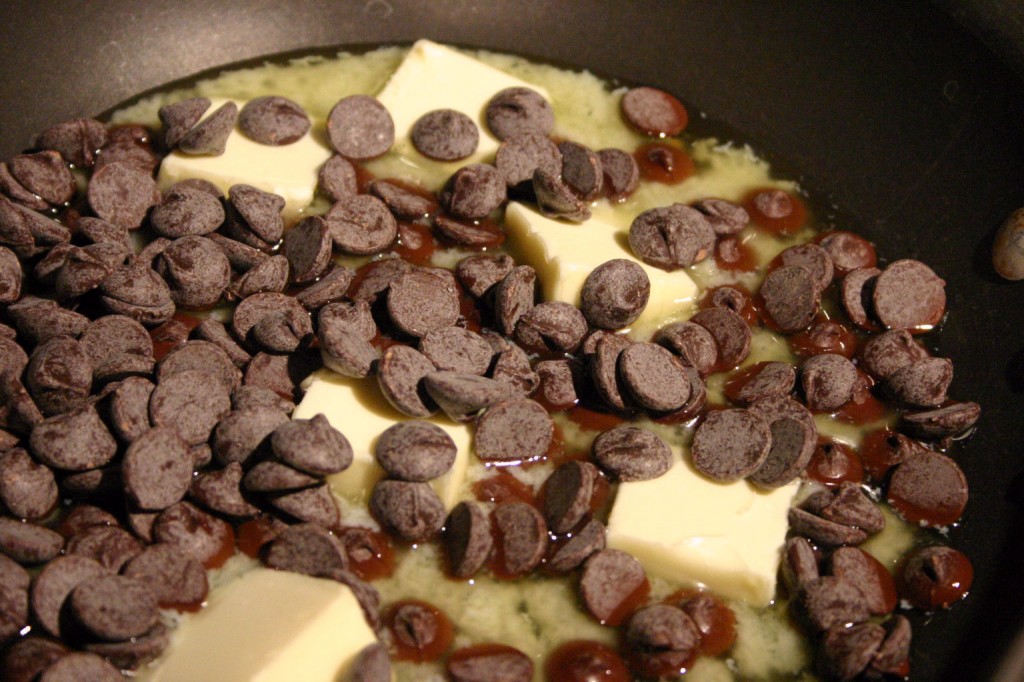 Let the mixture cool a bit and then whisk in the eggs, one at a time. 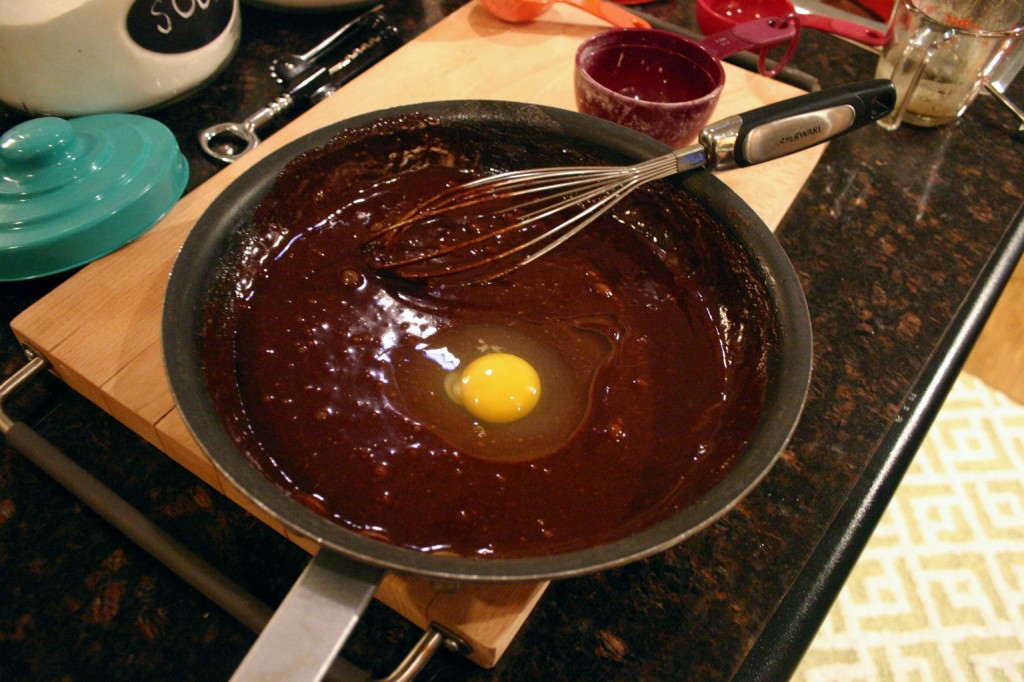 Finally, slowly whisk in the dry mix, a little bit at a time. You can move the chocolately goodness to a bowl before you do this but I just went for it in the pan to avoid even more mess than I was already making. It also helps to have a friend pour in the flour while you stir. 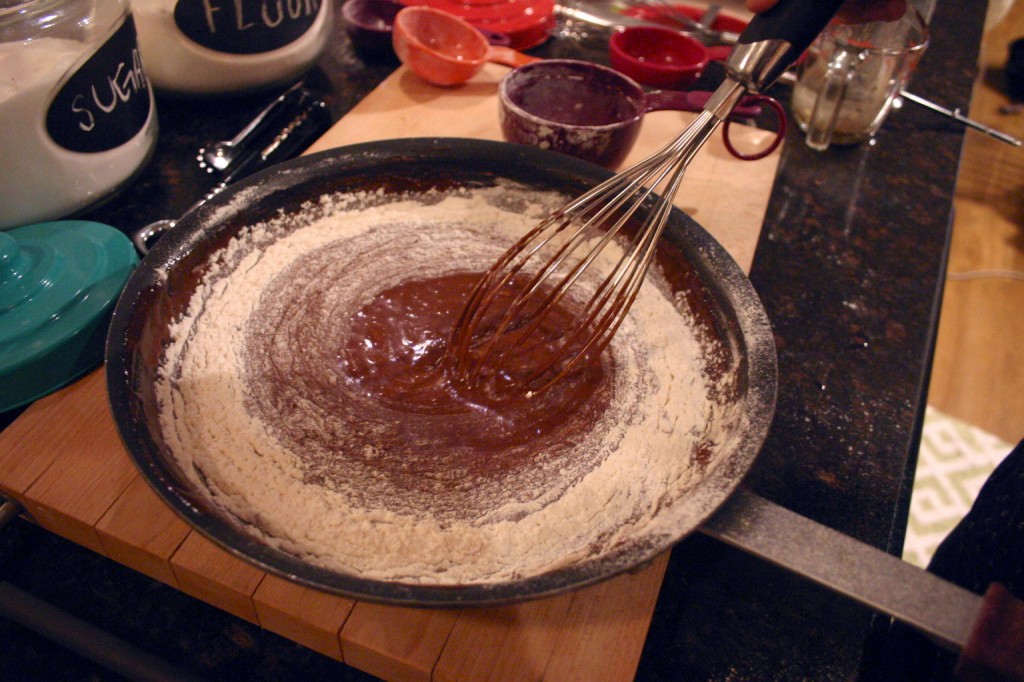 In another bowl, mix the cream cheese, sugar, egg yolk, and Pumking. You’re going to need a hand mixer to really get the beer worked into this. 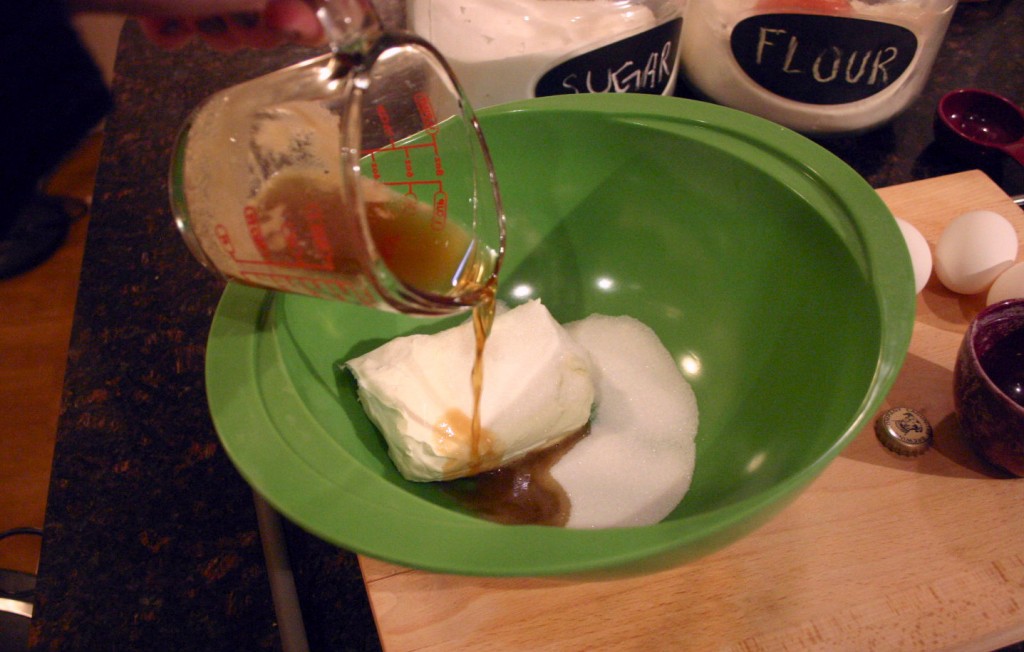 Line a 10x7x2 dish with parchment paper. If you don’t have one of these, just make sure whatever you do have has steep sides because these brownies just about double in size. Pour in half the brownie mix then dollops of cream cheese mix around the dish. Repeat the layers and run a spatula through the dish longitudinally then horizontally. Pop in the oven for about 60 minutes – remove when a tooth pick comes out a bit fudgy – don’t wait until it is dry. 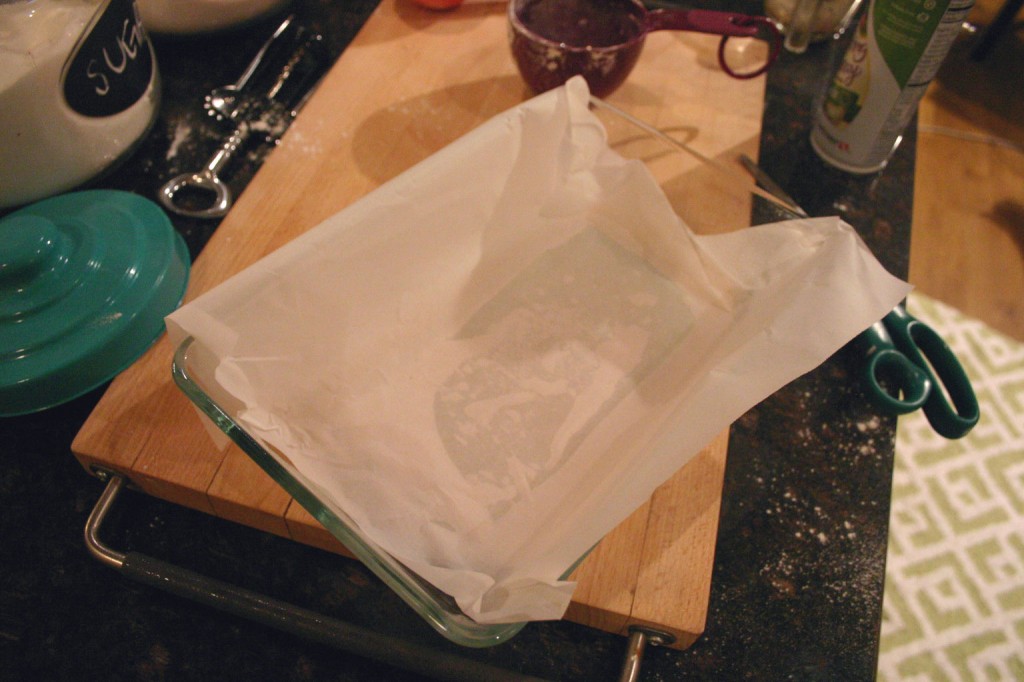 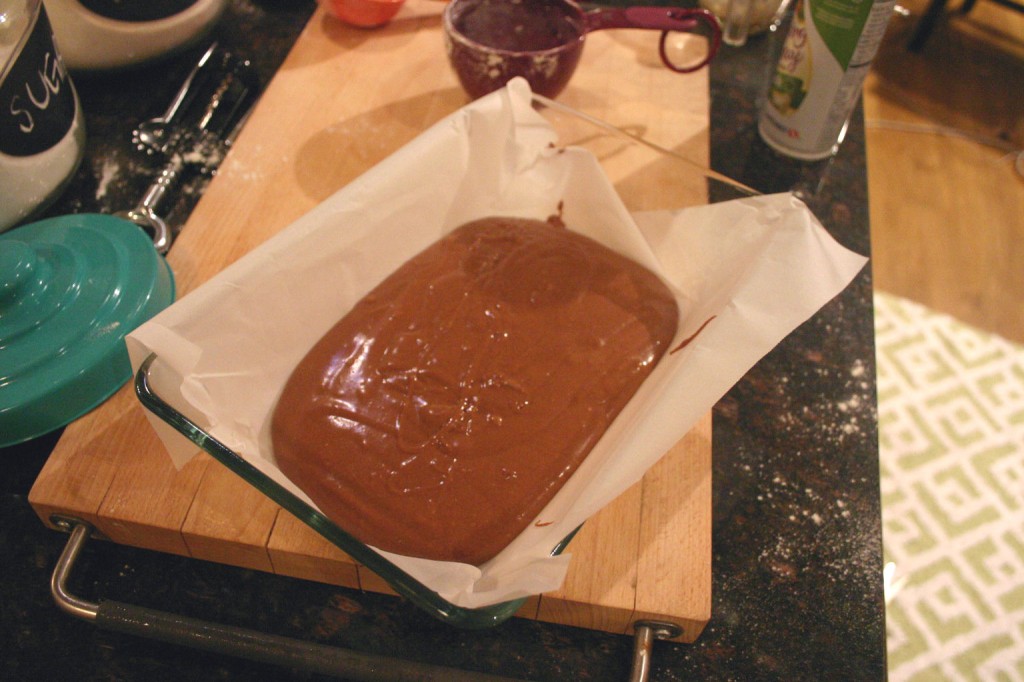 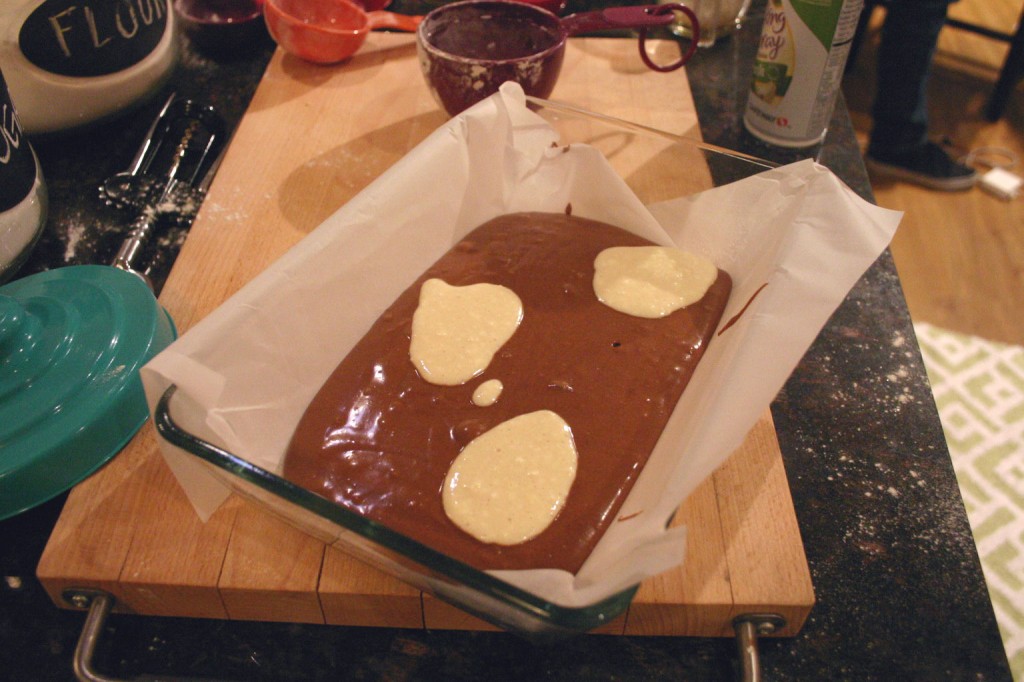 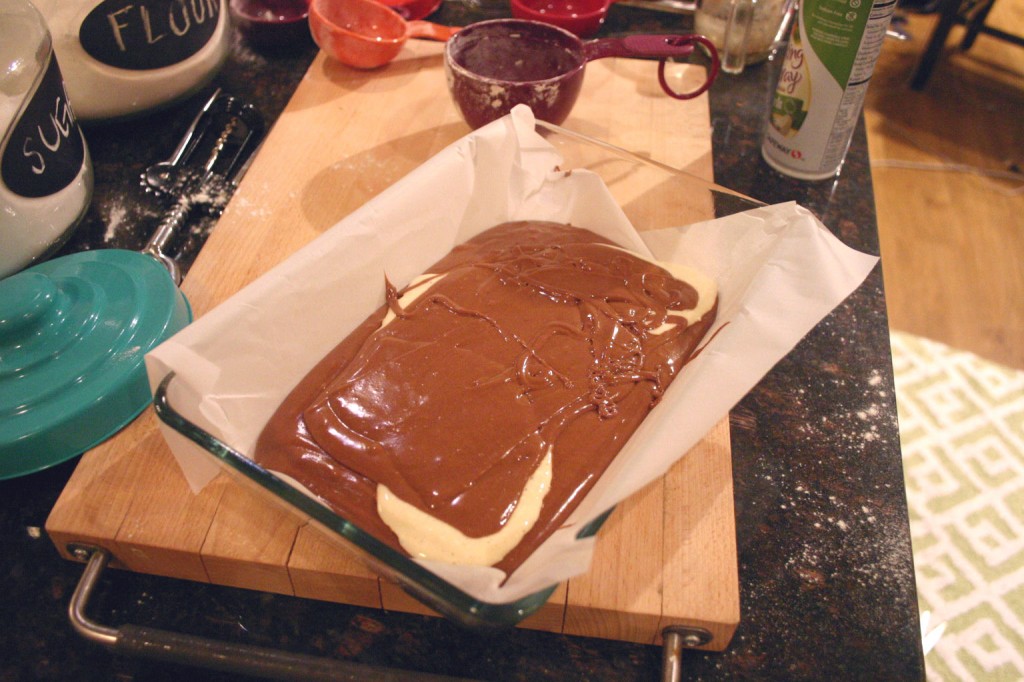 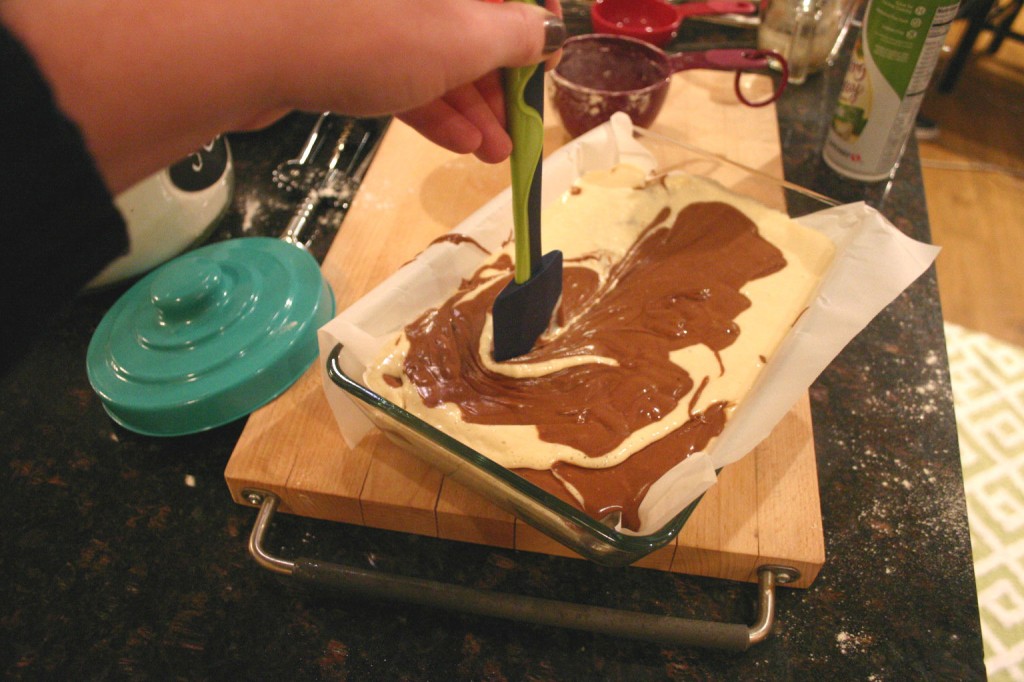 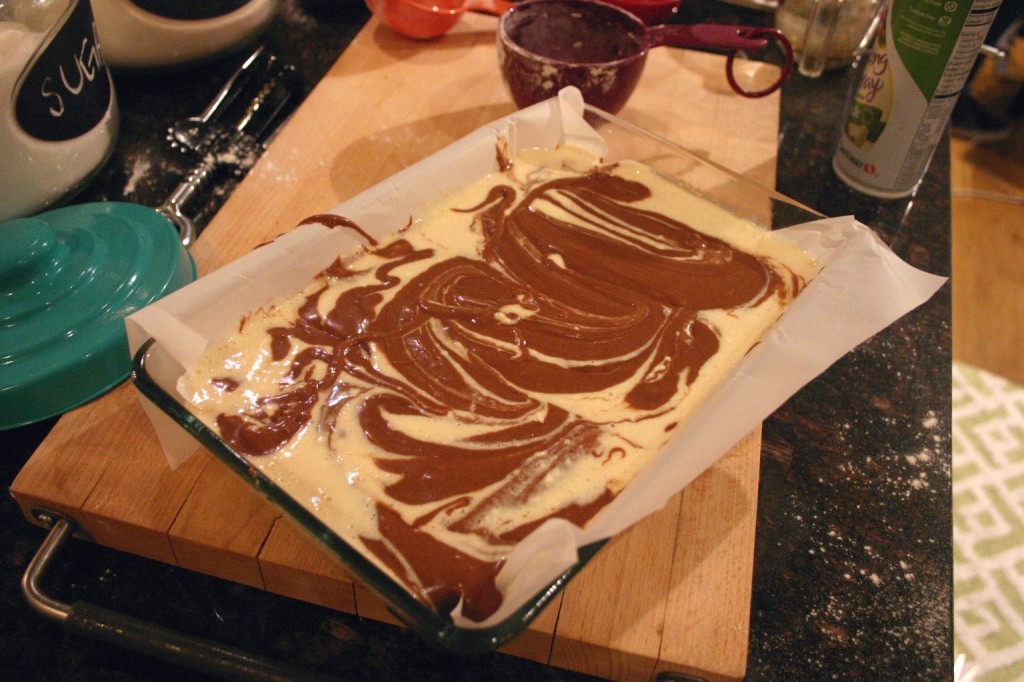 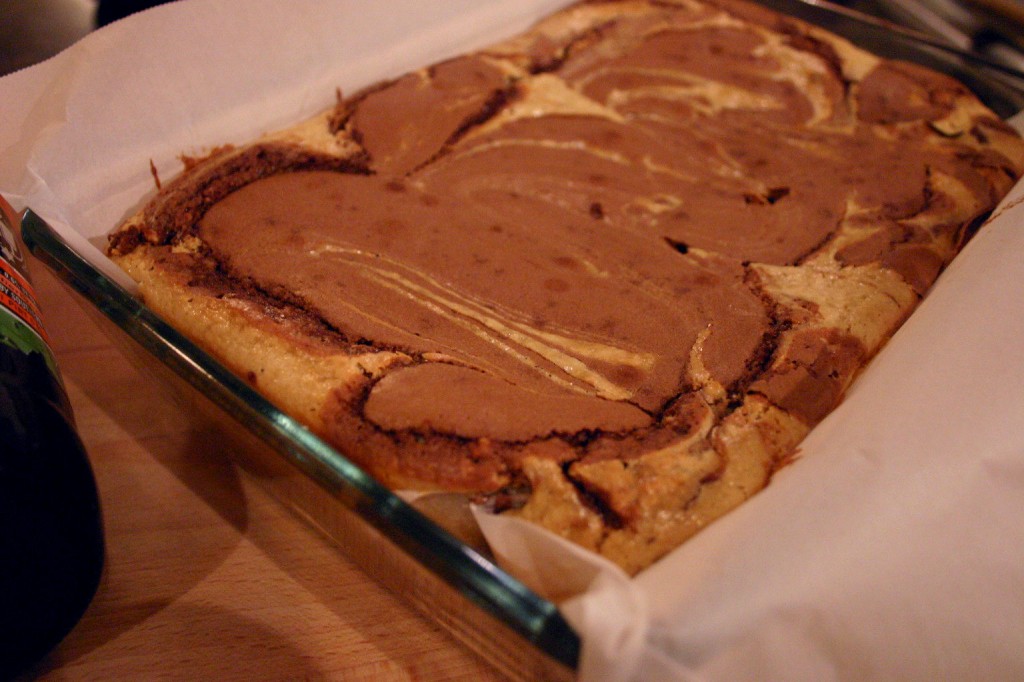 When they are finished, let them cool completely before slicing them up and dishing out the goodness. Serve with a tall glass of Warlock or Pumking because you should have plenty left over if  you didn’t indulge too much during the baking process. Always remember: be more than just a #basicbitch, put non-basic beer in your food. 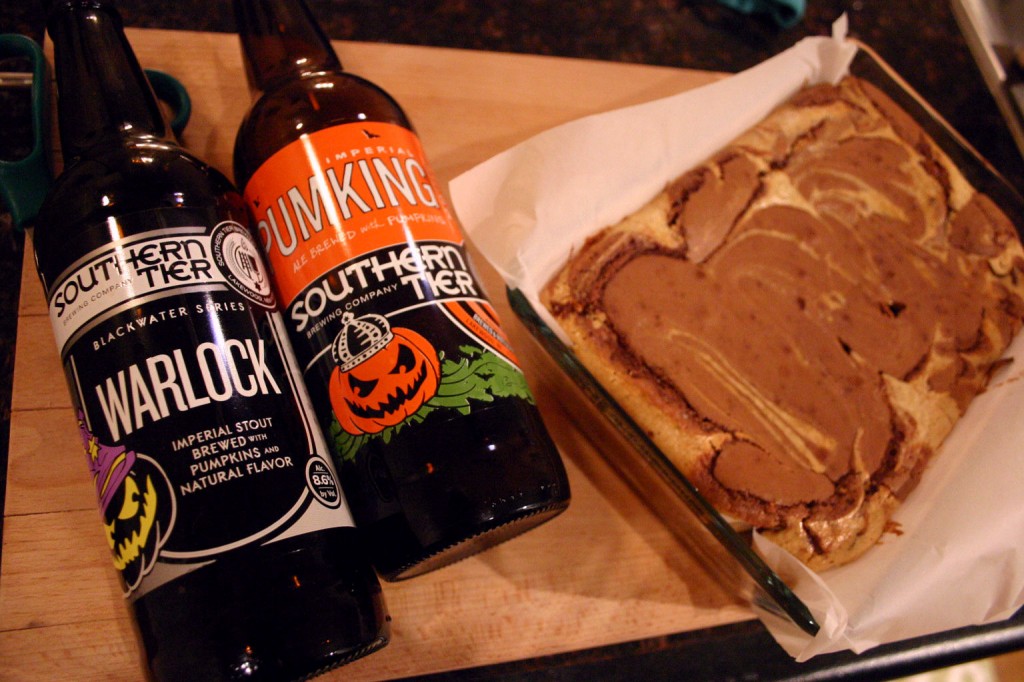 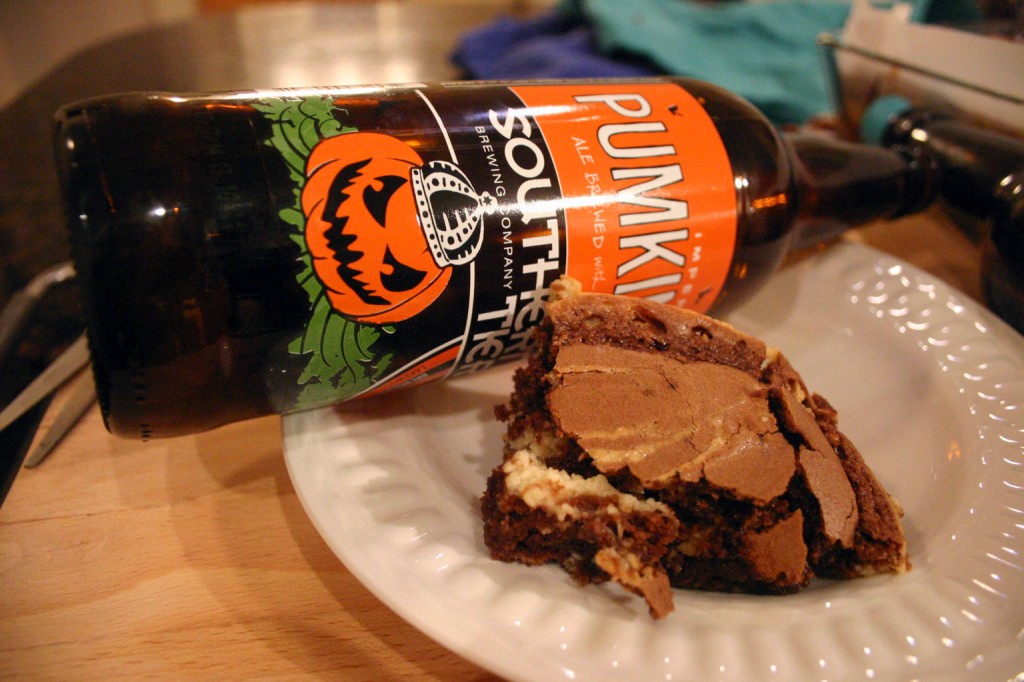 Want more awesome recipes with beer? Check out my page at DrinkandSpoon.com 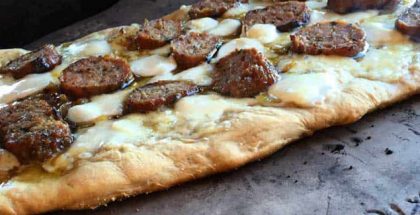 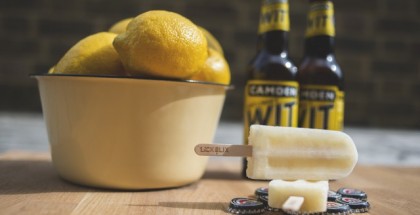 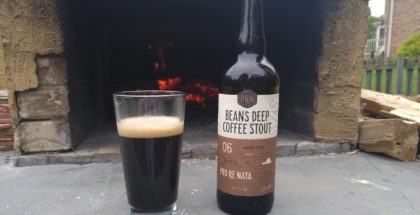