Despite the big night being only a few days away, you still haven’t received an invite to the spectacular annual Halloween party thrown by your friend with an actual house and an affinity for spooky decorations. It’s a waiting game at this point. No need to panic yet.

Finally, your inbox has something to offer besides Netflix recommendations and work emails. You got the e-vite! Your friends do love you! An epic night has officially been scheduled.

Suddenly, your joyful elation is replaced by stressful concern as you realize you haven’t picked a Halloween costume. You spent so long thinking about the party potential, you neglected one of the most important elements.

The party is tomorrow! Time to make moves.

You decide to check the infinite databases of the world wide web for costume ideas. Surely you can find inspiration from your one true muse: Google.

But then you see some costumes out there shouldn’t exist in the first place. How did they make a Sexy Ebola Nurse costume already?

Others are hard to stomach. People are dressing up as Ray Rice? Really?

Sometimes, you learn things about yourself… You didn’t know you had a thing for steampunk.

Meanwhile, your wall post asking for costume ideas has officially blown up. As your friends try to top each other’s absurdity (“Go as one of the d*** in a box guys from SNL.” . . . . . “Go as a d***.”) you decide that enough is enough. Post deleted.

Then… You see it. Days of browsing has paid off. You found the perfect costume, with hours to spare.

You call to tell your friend about it, only to learn that at least two other people are going as that exact same thing. Back to the drawing board.

As you get off the phone, you explain to your roommate, who already has a sweet police costume, that the situation has escalated. Time is of the essence.

In your weakest moment, you plunge to the depths of your mind and find the part of you that is a survivor. You realize you can throw together a couple choice items from the wardrobe you’ve been building over the years to form an original and potentially awesome costume.

You get to the party in your modern work of art and it’s an immediate hit. You don’t need to explain it to anybody. They love it.

You revel in your genius and celebrate on the dance floor.

Halfway through the night, you’re shocked to see someone wearing an identical costume, despite it being a concept that surely could have only come from your own unique brand of creativity.

But you realize it doesn’t really matter. You’re having a blast and you’re confident that you and your doppelganger will tie for first place in the costume contest.

Your reaction when Sexy Ebola Nurse wins the costume contest instead. 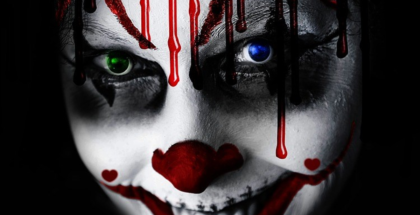