My boyfriend returned from a weekend in Portland slightly scruffier than when he left and toting a large pink bottle of voodoo. Two of Portland’s most beloved brands, Voodoo Doughnut and Rogue Ales, had teamed up to create a curious concoction, and he had somehow abstained from indulging long enough to bring it home to me. Rogue’s Voodoo Doughnut Pretzel, Raspberry, & Chocolate Ale is a rich chocolatey craft that pours dark with a light head. Notes of raspberry are prevalent but the taste of pretzels is suspiciously absent, and I’m okay with that. At the end of the day the beer stays true to its doughnut roots with a rich taste that is not unlike biting into a sugary pastry. At the same time, Rogue did their name proud by making what is ultimately a quality craft beer. This successful merging of the doughnut and beer worlds can only have been the result of a dark act of voodoo. 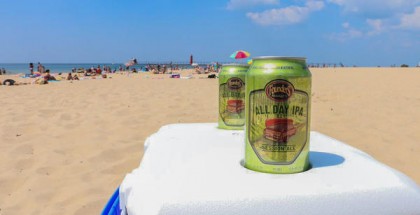