On New Year’s Eve, I got home around the same time as my roommate. We chatted about the night as we ate grilled cheese and I was telling him about this Parks and Recreation video I saw on Facebook. “It was pretty funny,” I said.  “Leslie was just slapping Jamm over and over again.” But when I looked through Facebook to try to find the clip, I couldn’t. I looked through my feed 4 times. What kind of sorcery was this?  Did I make this up?  Did I accidentally write a really funny Parks and Rec episode, one year too late?

The next day, I remembered I had seen it in the back of the cab on the way home. The clip has since been released “exclusively” to EW (though I guess they don’t count cabs in their exclusivity):

But this got me thinking about the two other pop culture instances I know in my heart of hearts happened, but cannot find any evidence of them on the knowledge conglomerate that is the Internet. So I bring them to you, PorchDrinkers, and maybe, just maybe you can help ease my mind.

There was a game show in the late 90s, early 2000s. I do not remember what it was called, who the host was, or really what the premise was. Here is what I remember:  It was on after school. They paired up two strangers to be teammates. The first game involved one stranger answering questions or being asked to complete a task based on something about the other stranger. I feel like Stranger 1 was presented with several objects and then had to decide which ones Stranger 2 had already selected. They did this based on what Stranger 2 was wearing, which was normally a bunch of crap tied to their person. So if they liked horses, they would tie a My Little Pony to their arm or wear like, a horse sweatshirt or something.

The only other game I can remember involved a conveyer belt. Boxes would come down the conveyor belt with celebrity names on them. Near the conveyer belt, there was a wall of objects. The team would have to pair the objects on the wall with the celebrity. So like, if the box said Shia Lebeouf, you would go grab the paper bag that says “I’m not famous anymore.”

This one should be a little easier. So we all remember on the early episodes of Family Matters, how there was a third child named Judy. Judy disappears because I think they had Richie by that point and no one gave a shit about Judy. Judy was last seen going upstairs to clean her room. This is all provable fact. However, I SWEAR in one of the last, if not THE last episode, Judy reappears. In my memory, Judy walks down the kitchen stairs (you know how they always had two sets of stairs? So jealous of those two sets of stairs) and everyone is like “Oh hey, Judy. Where have you been?” Judy then replies, “I’ve been upstairs cleaning my room. For three years.” However, in my memory there was also a little brother that I actually don’t believe existed. So there’s evidence this could just be a dream I had one time.

Hopefully one or both of those rang a bell with you. Please ease my crazy (or fuel it) in the comments section below. And totally feel free to let us know YOUR pop culture memories that may actually just have been fever dreams. I’d love to help.

UPDATE: It was confirmed that the show Caitlin was thinking about was, in fact, Boy Meets World. However, she was correct with it being the little sister. You can read all about Morgan’s disappearance here. (Thanks, Emily!) 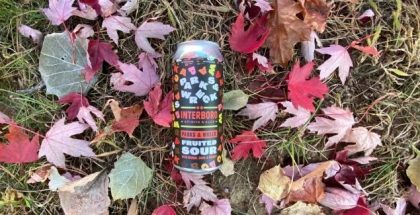