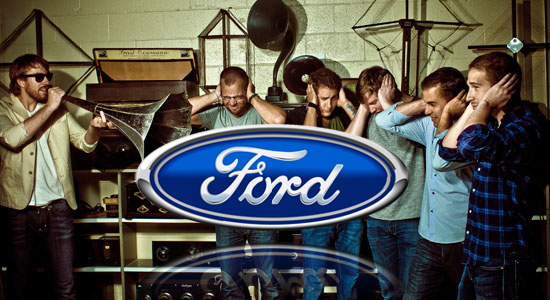 I’m afraid of getting into my car. Each time I turn the ignition, I wince in anticipation for what awaits me. More than traffic or accidents or the stresses of driving LA’s streets, I am afraid of something that haunts me every time I get into the car:

Yes, this song starts playing EVERY time I start my car. The lovely people at Ford have a technology called SYNC which plays media from my mobile device, allowing for touch-screen, steering wheel control, and voice commands to navigate all the songs I have stored and streaming on my phone. It’s an amazing technology that has made my commute much more enjoyable since the days of my piece of crap car. But SYNC also has a setting – one which I have tried in vain to disable – which sets the car to auto-play music from my phone, starting with the first song alphabetically.

Which, in my case, is “Above, Below” by Bronze Radio Return.

Here’s how it usually goes. I get into my car – it’s 5:45AM as I go to work, or 4:30PM as I leave the gym, or a hot Saturday as I drive a group of friends to get coffee. I plug my phone into a USB cable, and drop it into the cupholder. I turn the ignition, the screen lights up as it loads, the air conditioning starts blasting…

It’s “Above, Below” by Bronze Radio Return.

And then I rush to hit the “next” button or turn down the volume as fast as I can.

Now, maybe you’re thinking, “this song isn’t so bad.” And you’re right! It’s a pleasant ditty. And if you know me, you might figure that the acoustic singer-songwriter genre is right up my alley. There’s nothing wrong with “Above, Below” as a song. But here, let’s play a game. Imagine you’re me for a minute.
Play that YouTube video for the first 10 seconds. Then hit pause. Relax, let your guard down, forget about “Above, Below” by Bronze Radio Return for a second. Then play the first 10 seconds again.
Repeat those steps several times. Welcome to the last year of my life.

Did you ever see that Bill Murray movie, “St. Vincent?” The trailer for that movie had a very fun song on it called “Further On.” I loved that song whenever I saw the trailer.

So I went to iTunes and downloaded Bronze Radio Return’s full album, “Up, On, & Over” (what is it with these guys and propositions??!). There are a few songs I really enjoy. You know what song is track 11 on that album? Which, incidentally, I’ve heard hundreds of times now?

Yes, sure, I could delete the song off my phone. I could get rid of it and never hear “Above, Below” ever again. Instead, the first alphabetical song on my phone would be “Addicted” by Amy Winehouse. It’s a great song.

But I’m a realist. I know that I’d appreciate hearing Amy Winehouse the next time I got in my car. I’d probably listed to it all the way through, even though I think “Addicted” is a tragically ironic and not-very-catchy song from the late Miss Winehouse. And the next time after that, I’d probably still like the song. And maybe I’d skip it the time after that. And by the end of the week, you and I both know what my least favorite song in the world would be:

Now, here we find ourselves nearly 600 words into this article and I don’t really know what to do about my dilemma. A few options I’ve thought of:

I realize I live a privileged life in the sense that I don’t have to worry about my health or where I’ll be sleeping at night. I’m not in a war-torn area, I have people in my life who love me… overall, life is good. But there’s one thing that makes every day a nightmare.

**Side note: Click here for tickets to Bronze Radio Return’s tour. A concert is coming up in Bethlehem, PA. Make sure you request “Above, Below” for me** 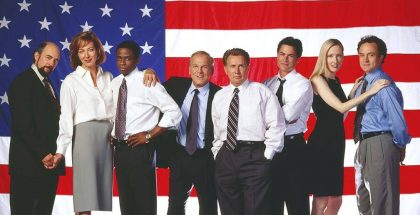