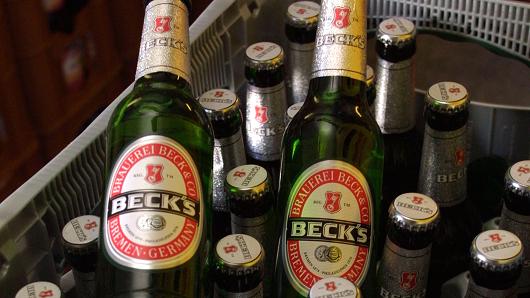 Lawsuits, beer caves, and selling your home brew. All of these topics plus beer-induced man boobs are all on the docket for this week’s craft beer news update. Read on to find out all of the details in this edition of the Weekly Growler Fill. 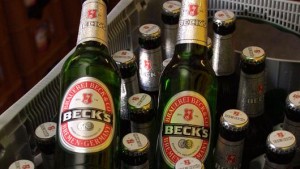 Do you know where Beck’s beer is brewed? If you look at the label, you might think it’s brewed in Bremen, Germany… because it says Bremen, Germany in big letters across the label. But, if you’re thinking Beck’s is still brewed in Europe, you are incorrect. It is actually brewed in my hometown of St. Louis, MO where its owner AB InBev is based. A few beer drinkers in Miami do not like being incorrect, so they filed a lawsuit against AB InBev for unfair and deceptive practices. The courts agreed and the plaintiffs won. Here are the preliminary settlement agreements, which will be finalized in October:

Claims will be limited to $50 for those who can provide valid receipts and $12 to those without proof of purchase. In the future, AB InBev will also make it more clear that Beck’s is now brewed in the USA.

Remember last summer when I told you about some underground beer caves that were discovered in Cedar Rapids after a sink hole incident? Well, the department of transportation has decided to seal them up and historians are actually happy about the decision. The caves were originally used for cooling and storage of beer before modern refrigeration came about. Now, the DOT needs to seal the caves to prevent another sink hole from forming so people can do things like drive on the road. While historians in the area want to learn about Cedar Rapids’ history from the caves, they also appreciate that this will preserve the caves for future generations.

Do you think your home brew is good enough to sell? Do you think people would buy it? How about you find out! A new startup company called Noble Brewer is helping home brewers distribute their products nationally and more importantly, legally. Selling home brews is not legal in the US and serving them in public is also banned in many states. To get around the legal hurdles, Noble Brewer will take your recipe, have a professional brewer put it together, and then distribute it to customers on a quarterly basis. Recipe creators receive some cash for licensing as well as retaining the rights to the recipe. So what are you waiting for? Go see if your beer is good enough to make the cut! 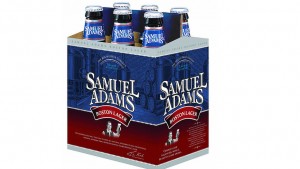 It had to happen eventually and it seems like the day is coming soon where Samuel Adams will no longer be considered ‘craft beer’ under US law. The Brewers Association had been increasing the barrel limit for craft beer to accommodate the fast expanding Boston Beer Company. In 2010, they increased the maximum production size of a craft brewery from 2 million barrels a year to 6 million. Now, a newly proposed bill may be reducing that number back down to 2 million. Senator Ron Wyden of Oregon recently introduced the Craft Beverage Modernization and Tax Reform Act, which would cut excise taxes on barrels of beer and officially define the size of a craft brewery to 2 million barrels per year. The bill is overall a good thing – the smaller the brewery, the bigger the tax break they get. One thing to think about though, is that the craft beer market share will become smaller when Sam Adams says farewell. This will give brewers a smaller voice when it comes to lobbying lawmakers in the future. But since the number of craft breweries is increasing at an astounding rate, it may not take too long to gain that market share back. 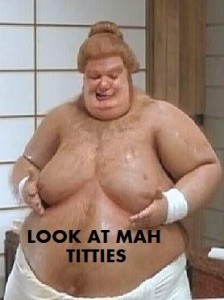 You may have heard about this article that claims the phytoestrogens in hops are causing craft beer-loving men to develop man boobs. The writer claims this is a long known condition called the ‘Brewer’s Droop’. Then, a writer over at Beer and Wine Journal attempted to be scientific and protect his beer loving manhood in a rebuttle claiming that IPAs do not, in fact, give you man boobs. As a doctor in training (yes, I really am going to be a doctor), I decided to do some research. So, the Beer and Wine guy is right, 8-prenylnaringenin (8PN) does bind tightly to estrogen receptors in rat uteri. What he failed to mention was that it binds a lot more tightly relative to other plant estrogens. Although we can’t use rats to directly predict what will happen in humans, we usually do use small animal models before going on to human testing so this may be suggestive of whats happening in our bodies, too. Scientists actually isolated 8PN and have tested it on human cells to regulate estrogen imbalances. But, like the Beer and Wine guy mentioned, the levels are very low in beer and probably aren’t doing much unless you’re constantly working with hops. In conclusion, I wouldn’t worry too much about man boobs if you love IPAs. If you’re a brewer, you might give it a thought.