I’ve been saying it for years!

Beer people, you are the best people.

I watch this show, and I never even noticed.

Introducing Hoptronix, Double IPA – the newest beer in our year round lineup – 9% ABV, made with Mosaic hops: https://t.co/drKyw0LiEE

Another new beer! This is shaping up to be a good week.

Go learn a thing or two about Pale Ales.

Get schooled! @shaunosullivan & Nico are hosting #BeerSchool 10/25, 6-7 pm. Learn about Pale Ales & participate in a free tasting in #SF. pic.twitter.com/Poio44QPKP

Help us gift this sack of swag to a Breakfast Stout fan (& win one yourself) by tweeting back & tagging someone you know loves the beer. pic.twitter.com/eZAlSRqcJA

Buy your tickets now! Should be a fun event!

Here’s to year 3 getting here soon!

Today was a tremendous amount of fun.Though just the 2nd year it already feels like tradition – can't wait for next year!Thank you!???‍♀️??? pic.twitter.com/r8uxesUxPN

Need help with that beer-themed Jack-O-Lantern?

Grab a beer and a pumpkin and get to carving! Download our carving templates (feat. the KBS skull & more) here: https://t.co/00bNkjKXMU. pic.twitter.com/8H5OwyncG8

Are you ready to get weird?

Hopefully there are lots more beer fans in Congress.

ANOTHER festival in the works! If you’re in the neighborhood, check it out!

Looks like everyone is getting ready for our 3rd annual Treasure Chest Fest in Virginia Beach!
Tickets: https://treasurechestfestvb.event pic.twitter.com/FDT8whOmEC

Might be a little early, but pumpkin beers come out in July… Who am I to judge?

Wonder who this Chicago brewery is rooting for?

Wishing and pretending we were at the game right now. At least we've got beer! #FlyTheW #LetsGo #WorldSeries pic.twitter.com/1Rh9nmj1TO

Luckily the other team has some beer support, too!

One of beer’s most important ingredients.

Last chance to register for the #BAPowerHour: State of the Crop – Barley and Malt Insights, 2016 and Beyond – https://t.co/ELEKrYjDJ1 pic.twitter.com/EdqJ23fdH6

A new beer collaboration from two of the greats!

Coming 10/29. Collaboration 2016: A doppelbock ale brewed with our friends @UrbanChestnut– a fusion of UC’s doppelbock & our ale yeast. pic.twitter.com/Y0E41iU2IG

How did you celebrate National Pumpkin Day?

We couldn't go through #NationalPumpkinDay without some Punkin Ale … get your gourd on! ?? pic.twitter.com/EcKEyzUBFF

And I want all the beer that comes out of them… 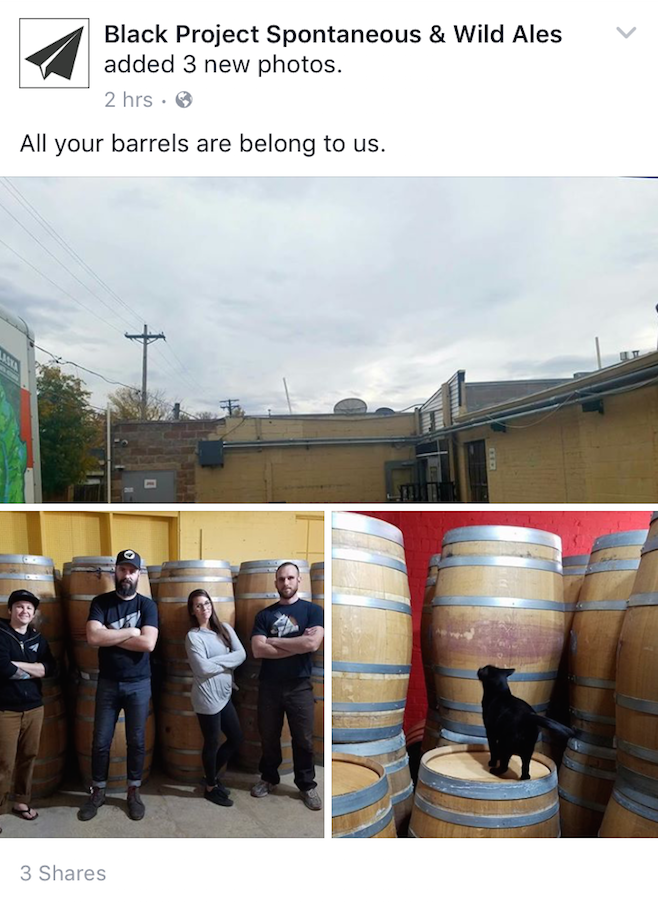