Deep Southern roots and big dreams. Those are additives you’ll find inside each beer from Alabama’s Back Forty Beer Company.

Back Forty opened its doors in Gadsden in 2009, just as the Alabama legislature started to slightly loosen old Prohibition era laws. Now, six years later — and fresh off landing on the Inc. 5000 Fast-Growing Companies list — the brewery is undergoing what it calls its “most ambitious” expansion yet, doubling the fermentation capacity, adding a bottling line, a quality control lab, and even a test kitchen (which you’ll read about shortly).

David Carn, Back Forty’s Business and Development Manager and General Counsel, has been part of the brewery since the early days. We had a moment to catch up to talk about the brewery’s roots, as well as what’s made 2015 such an exciting year.

Q: I know the name Back Forty has deep roots. Tell me how the brewery got that name.

A: When we came up with our list of names, we narrowed it down to Freckle Belly Brewing Company and Back Forty Beer Company. A lot of us, including me, liked Freckle Belly best. It was a fun name, with double-meaning to Alabama (Frecklebelly Madtom is a fish native to Alabama rivers). But there wasn’t enough there to really tell the story. Back Forty just worked better. Alabama was the “back forty acres” of craft beer, and we wanted to go back and work the land, so to speak.

Q: Alabama is among the Southern states where breweries are still fighting for broader rights. Have there been any recent changes that have been game changers for Back Forty and other Alabama brewers?

A. We started brewing right before the 2009 Gourmet Beer Bill passed. That was the first big piece of legislation, raising our ABV limits from 6% to 13.9%. Since then we have seen considerable progress in Alabama alcohol law, but as you said, we still operate at a competitive disadvantage. After this past legislative session, the speaker of the house formed the Alabama Alcohol Beverage Study Commission to examine our alcohol code relative to that of the rest of the country, and to recommend reforms. The commission will be traveling to Colorado and North Carolina, two states with some of the most developed alcohol laws, to discuss best practices for this growing industry.

Q: What’s one tidbit about Back Forty that surprises people when you tell them about it?

A. People are always surprised to hear that we ship beer internationally. We have shipped to Canada for the last two years, and we are starting to ship there regularly. We have been working with Sweden for about a year as well, which has a unique government approval process for all beer that comes into the country. So far we have one beer approved there, and we are talking to distributors. Other countries we are working on include Japan, Brazil, China and South Korea.

Q: In 2014, Back Forty donated $20,000 to local charities to strengthen “the network of artists and dreamers who are changing the cultural landscape of the Deep South.” Why is that a cause so close to the brewery’s heart?

A. I think mostly because we are artists and dreamers ourselves, and we believe in community, and community drives change. I don’t think anybody would deny the cultural impact breweries have had on Alabama in the past six or seven years. Couple that with the incredible network of chefs, artists, musicians and artisans in this State committed to doing big things in Alabama, no matter what anybody tells them. That’s the network of artists and dreamers we have to support not just because it’s important, but because it’s who we are, too.

Q: Tell me about the Test Kitchen. (It sounds delicious!)

A. The Back Forty Test Kitchen is something we have been talking about for years. Basically it is the place where we experiment with things like our beer vinegar, and also spent grain breads, beer cheeses, beer mustards, hot sauces, and meat from spent grain-fed livestock. We’ll use these items to create unique dishes to serve in the tap room. It’s a circle of sustainability around beer and also a way to have some fun with our chef friends. Our signature item is the Bearded Burger, based on James Beard’s favorite burger recipe, on a spent grain bun baked by Artisanal Baked Goods down the road in Anniston, with Truck Stop Honey beer cheese made by Wright Dairy in Alexandria, lettuce, tomato and onion from local farmers like Owls Hollow and Norris Farms, and beer mustard and pickles made in house. I know I’m biased, but it’s dynamite.

Q: What are the next big things for the brewery?

A. Our current expansion is the biggest thing for the near future. We have a couple containers of tanks getting put on trucks for delivery right now, actually. And last week we finished construction here at the brewery to accommodate the tanks. It’s going to be like this over the next few months as we get new equipment delivered and in service. Once everything is piped in and ready to go, we’re just getting ready to go on the roller coaster ride to follow.

Welcome to the InterNEAT! Volume 105 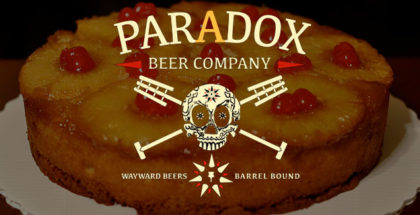 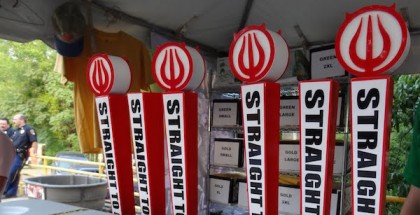