I am the start of the second half of the house’s tour and meet winded ticket holders at the top of the stairs, and I talk to them about the fainting couch, the color of the wall, the two guest bedrooms with their dozens of China dolls whose eyes do not close, and then I pass them off to my friend who has inherited the interesting part of the floor: the sun room, the bathroom with the rose hexagon tile and the claw footed tub, the rare (what we assume, but most likely isn’t), original photographic print of a young Angelica Huston. We file our routine down to about seven minutes; I bow out at a thin two if I remember most of my script, which I unfold and study between groups. Toward the end of the day, my tie loosens and shirt unbuttons as I tell and repeat the same joke about the fainting couch, and I make up stories about the antique rotary phones in each room, say this is how the dolls keep in touch. Ticket holders find my friend delightful with his time-keeping, pager-like insulin pump and his bank teller tone, and, descending the stairwell, they look at me as if I’m out on bond.

Before all of this came to be, there was the dress rehearsal. What we thought would be a quick 10-minute this-is-where-you-stand tutorial, we turned out to be the kid’s-table anchor of a 12-vehicle ensemble to 40-minute stints at all five locations of this historical society’s tour of the town. After two and half hours of a historically insightful yet not-for-us experience, we were led to an oasis, a personal viewing of the inside of the eventually-to-be-renovated shell of the historic 1932 Mather Inn and its tap room (now, in 2016), Cognition Brewing Company.

Though the hotel lobby is somewhat gutted, it maintains its foundation. If you’re lucky enough to be granted access, ignore the ambiance’s newest addition of grout buckets and scrapped 2x4s that mask the evidence of this still gorgeous lobby; even in all its clutter and misplaced standing mirrors cloaked in ghosts and dust, it holds something much weightier. A persona. A frozen history. To stand here is to stand in a past awaiting revival, and Cognition leads as evidence that rejuvenation is possible.

“I’ve always thought [Mather Inn] was a great place to put a microbrewery,” says Brian Richards, Cognition head brewer. “The building had been closed for so long, and I had never been in it, so I had no idea what sort of shape it was in. Jay Clancey, the owner, said that the building owners approached him about using the old Tap Room as a location. This was after we had already worked on a different location for well over a year. It was hard to just throw all of that hard work down the drain on a main-street location, but once we looked at the Tap Room and saw where a brewhouse would fit in right behind it, it was a no-brainer.”

This would have been at about the same time I toured the under-construction brewhouse. My friend and I were led down to a dirt pit in the earth that had reminded us of so many Midwestern root cellars. I remember the anticipation I had felt at that moment, 2.5 hours into obligation, never before needing a beer so badly. We wouldn’t have to wait too much longer. About another eight months of renovation would need to be put in after our tour, but not much work would need to be put into the tasting room. What we viewed of the Tap Room in June it was mostly already finished. It’s virtually untouched from the past. What you see now is pretty much how you’d see it back when Mather Inn was operational. As some know, Mather Inn housed the 1958 cast of Anatomy of a Murder, including George C. Scott, Jimmy Stewart, and music legend Duke Ellington. So the chair you sit on at Cognition now could have been used by Duke or Stewart. Another friend of mine believes in Shinning-like instances and does a very spot-on impression of an inebriated Stewart, stuttering, “Now whar-whar-where’s my r-r-room?” No matter what you believe, when you’re here, you’re stepping into an old photograph and wondering if this could really be the present.

I can’t speak for the late-fifties’ crowds, but here and now in March of 2016, you’ll find regulars ranging from college-aged kids taking a Thursday evening break to retirees sampling the newest flavors, all taking in the atmosphere, never mentioning the game on TV but instead of what they think of the beer, what’s going on in their mouths, what appreciation glows, raised within them. In fact, you’ll never hear anybody not talk about the beer. It’s their conversation starter, it’s their closer. And there’s plenty to choose from: 11 taps on hand brewed by their 7 bbl system, and recently, their 1bbl tank reserved for winning beers from local homebrew competitions put on by the Marquette Homebrewers Club, which is important to Richards – who still sees himself as a homebrewer. “I just have a bigger kettle now,” he says.

Local favorites, Richards says, seems to be the lighter and more approachable flavors, such as Gnome Wrecker (5.3%, orange peel, coriander, and grains of paradise), Deep Scream Cream ale (4.8%, a flavor for corn enthusiasts), and the Escape Pod Munich Helles (5.0%, a light lager, crisp and carbonated), or, to add one of my favorites, the Oblivion Milk Stout (5.3%), a tougher, upstairs tenant version of Guinness.

In all breweries, you’ll always find risky and original flavors that push the limits cursorily manipulating customers into trying, but whether the drinker will commit to the pint is never certain. Where other originators fall short is where Cognition seems to thrive.

“With formulating recipes, I think it’s easy to overthink things and sometimes it can produce a beer with muddled flavors and no focus,” Richards says. “Most of the time less is more.” I’m reminded of a sampling of the Vehemen Inferno, a 9.3% double black IPA brewed with jalapeno. I, of course, was skeptical, but what I found was something drinkable, not overpowering. Something desirable. Something unforgettable.

Cognition also uses reverse osmosis water for all their beers which allows them to strip the water down to a clean slate and add back only the minerals needed for each specific beer. “Not everybody has RO water, so that sets us apart – as far as what we can do here,” says Richards.
And that’s not the only thing that sets Cognition apart from other breweries I’ve visited, but I’m at a loss of what it could be. Either I’m lacking the vocabulary or the advanced knowledge of microbrewing to honestly define it, or there’s something else going on. Cue the X-Files music, and bear with me.

To understand Cognition (and this is coming from a completely objective observer), one must understand Ishpeming in the only way a Midwestern outsider can: politely and honestly. Ishpeming, like many Upper Peninsula towns this time of year, could be the undocumented birthplace of SADD. The dirty piled snow and the gray sky and the sunless days and the bare trees and the sharp wind all mix together to compress the air from your lungs. To walk these icy and pitted streets here is to experience natural selection’s work on weak-ankle pedestrians like me, and to drive these streets is a practice in patience while locals in cars stall to talk to locals on sidewalks as the line of vehicles expands behind you. Everybody behind me seems fine. Just another routine Thursday. And I would be fine, also, had navigating downtown Ishpeming weren’t such a puzzle; its street pattern seems to have been built from wrinkled blue prints designed by children whose parents loved them too much to tell them two parallel roads twenty feet apart headed to the same destination is impractical.

This chaos here is accepted by the locals, grown accustomed to, unnoticed, I assume, and their general consensus is if you’re from out of town and confused, well, that’s your fault: “Get off your damn phone, boy, and use what common sense you have left.” I had no phone, but what Midwesterners in a rush think, Ishpemingites say aloud. Casually. To strangers. And I respect them for that.

But what I ultimately respect about Ishpeming, is how often I can look at something and say, “What the hell is that?” (That’s a wind turbine called The Eggbeater, or that’s the Cliffs Mine Shaft Museum, top heavy, rook-like). It’s exactly what I usually say at Cognition (That’s aged in bourbon barrel or that’s a rauchbier that tastes like a campfire). What Cognition has achieved, much like the city itself (and this is my long-winded point), is that they somehow have found a way to harmonize chaos and brilliance. You’ll find here the lack of limitations that can only come from a homebrewer’s mind, inspired and supported by the area’s like-minded imaginists, people who cater to their own whims for the sake of art. And it’s this art (such as “Substitute for Love,” a new Belgian style ale red in color with ginger, orange peel and thyme to be released in the upcoming weeks) that will help Cognition expand into national spotlight. This is a project that, like its home, is built on a solid foundation.

A parting message from Brian Richards

We’re really proud that we have turned a ton of people into beer drinkers who otherwise had sworn they don’t like beer. We try to encourage people to truly enjoy their beer for all its qualities. Learning how to truly appreciate a beer for its color, aroma, flavor and mouthfeel just makes the experience better all around. 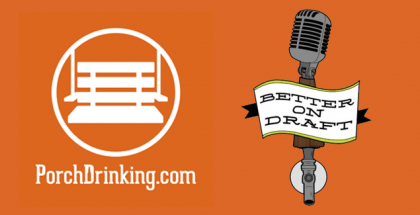 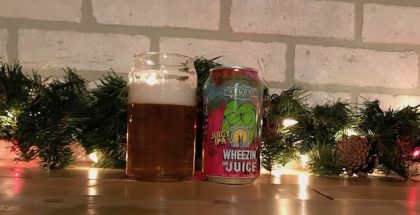 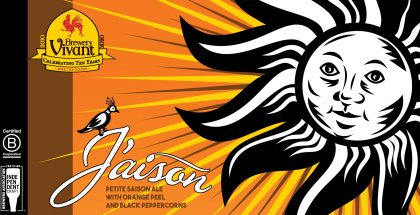