Ben Franklin never wrote, “Beer is proof God loves us and wants us to be happy.” Despite numerous sources, such as Pinterest, Twitter and your local tee shirt guy, the quote — now this may shock some of you — started on the Internet and then numerous people shared it without bothering to check for its accuracy. WHOA! What’s next, fake news stories? Say it ain’t so, Internet Joe!

Benjamin Franklin was not much of a beer drinker, however the man loved his wine. The “beer is proof” quote almost certainly can be attributed to a letter he penned (in French) to his friend Abbe Morellet about wine:

We hear of the conversion of water into wine at the marriage in Cana, as of a miracle. But this conversion is, through the goodness of God, made every day before our eyes. Behold the rain which descends from heaven upon our vineyards, and which incorporates itself with the grapes to be changed into WINE; a constant proof that God loves us, and loves to see us happy!

Meanwhile, Anchor Brewing — an ipso facto founding father of the modern craft beer movement —attempted to debunk this oft-quoted “beer is proof” myth in 2012. The writers admit that the sentiment of the quote is one with which we all agree, but that’s as far as it goes.

We at Anchor Brewing have no doubt of the truth of this statement. But of the author? Well, it simply wasn’t Benjamin Franklin.

From where did the “beer is proof” quote originate?

It appears old fashioned, ink-stained newspapers helped the quote on its journey from vineyard to hop farm, such as the USA Today in 1998 according to quoteinvestigator.com (with cites included). The writers at the site have done a good job of following the trail. But, where did the USA Today get it? In Bob Sklinik’s work, Beer & Food: An American History he discovered its origins in an old 1997 USENET group. Hence, it seems likely we can all thank the first generation of World Wide Web users, who used dial-up modems to converse on forums and AOL chat rooms for creating the silly myth.

While we are at it, he also never said:

“In wine there is wisdom, in beer there is freedom, in water there is bacteria…”

See, bacteria wasn’t called bacteria in his era, it was called animalcules. It wasn’t until Pasteur and germ theory emerged in 1870 that the term bacteria was employed. So, unless Franklin was a time traveler, he never said that, either.

Furthermore, numerous historians have noted that when he was a young printer in England, Franklin chose to drink water instead of beer, which helped him be a more productive worker and carry heavier things — and he was promoted quicker than his fellow workers.

That begs the question – what gratification is attained by engaging in the “beer is proof” quote?

Why pass it on social media, wear it on a tee shirt, or put it on your wall?

Nevertheless, the Ben Franklin “beer is proof” myth continues, including on the walls of breweries and bars staffed by people with whom I admire greatly. I must admit, it leaves me befuddled.

I know some of you will react to my piece and think I need to loosen up or will respond with comments akin to “the quote is nothing but harmless, good fun.”

But, the acceptance of fake news, bad quotes and memes is becoming an American epidemic.

Instead, rather than rely on a false quote from a historical icon, let us instead seek enlightenment from the famous philosopher, Homer (Simpson).

Am I being melodramatic? Maybe. Maybe it’s harmless, but it’s also absolutely pointless. I mean, what is the argument for it?

So, c’mon. Enough with the “beer is proof” quote, already. Let’s pledge, as craft beer nerds, to be a smarter than the average beer meme. 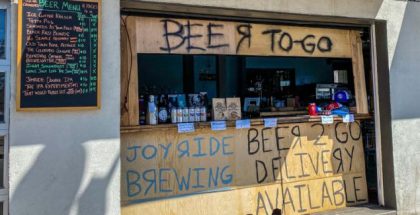 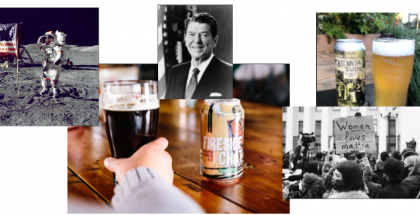 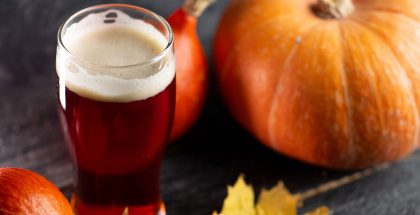