Nestled in the heart of Old Town Fort Collins, lined with quaint boutiques, historic architecture and unique shops, sits Mainline Ale House. For almost four years, Mainline has been serving the close-knit community of Fort Collins, dishing out great food and some of the best local craft beer (they boast featuring 30 craft breweries).

Partnered with Black Bottle Brewery, Mainline Ale House set out to create an evening bringing people together for an excellent food and beer adventure, Black Bottle Abroad. Set in Mainline’s intimate private room, Glass House, the seats were arranged family style with rustic lanterns perched upon a grey tablecloth with a warm brick backdrop. A little after 7 p.m. we were allowed to enter the room where everyone quickly took their seats and began conversing with our tablemates. A few minutes later we were greeted by lively Justin Burdick, the executive chef. Justin began by giving us the background of how this dinner came about – over a couple of beers with Black Bottle Brewery of course – and explained to us how much it meant to him that he was able to cook a wonderful, cozy meal for us. Not only was this a special meal for the intimate crowd but it was also a special meal for Justin since he was celebrating his birthday and his family flew in to enjoy this special, beer-paired dinner with him. 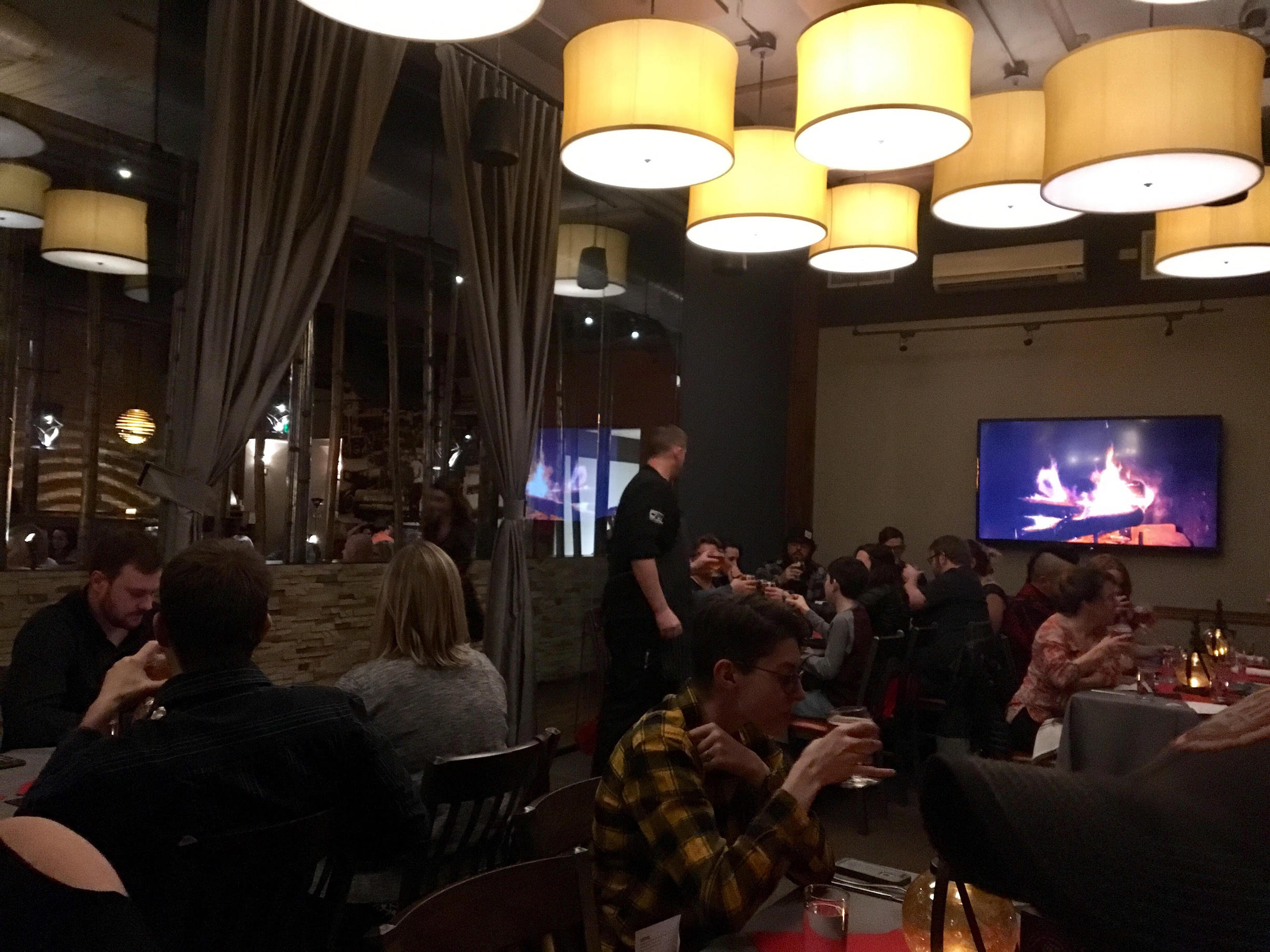 The dinner began with the Amuse course, a seared Ahi tuna atop a bed of lavender sticky rice and sweet soy. Paired with one of Black Bottle’s core beers, There Goes the Neighborhood, a Belgian saison that was infused with lavender for this special dinner, it was the perfect way to start off the night. The saison was a perfect pairing of this dish with hints of lemon peel and ginger and a smooth lavender finish that complemented the delicacy of the fish and the taste of the rice and soy. 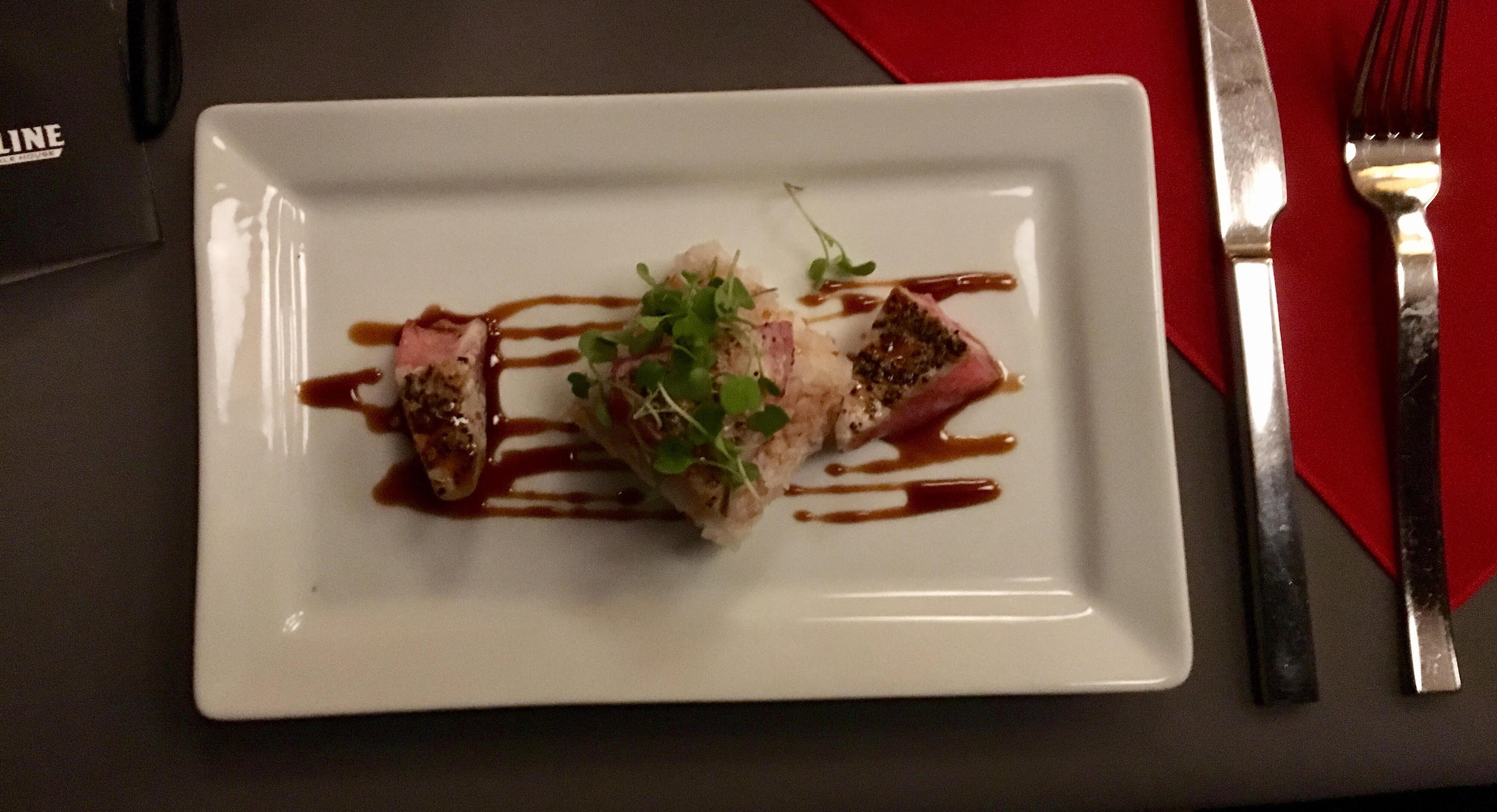 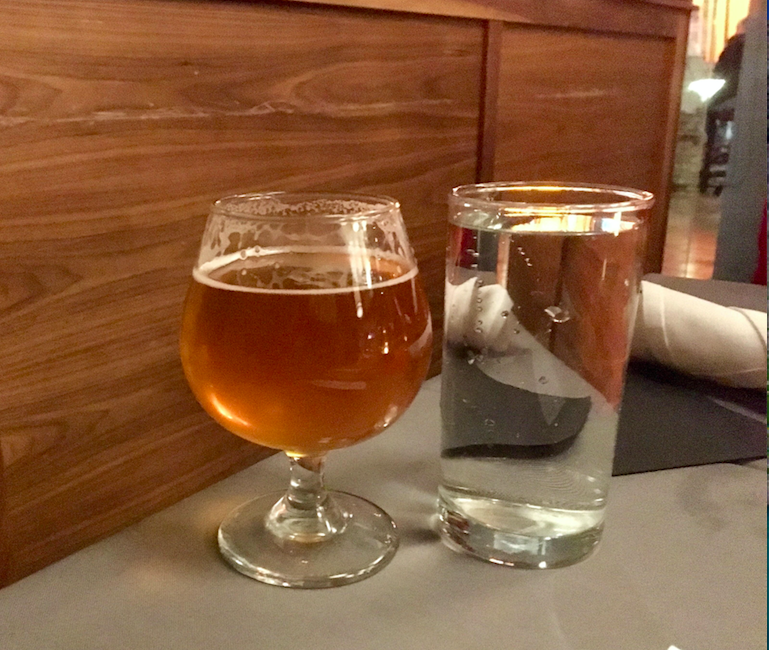 The first course began with Black Bottle’s 2015 Great American Beer Festival Bronze Medalist, Friar Chuck, a German Kolsch. This was paired with a root salad with pistachio goat cheese and herbed yogurt that was presented so perfectly you would have thought it belonged in a museum. This organic dish boasted an assortment of edibles from a hibiscus flower and other edible flowers to watermelon radishes and rainbow carrots. This decadent dish brought out so many senses with the rich butterscotch-like Kolsch when paired with the honey infused yogurt and vegetables. 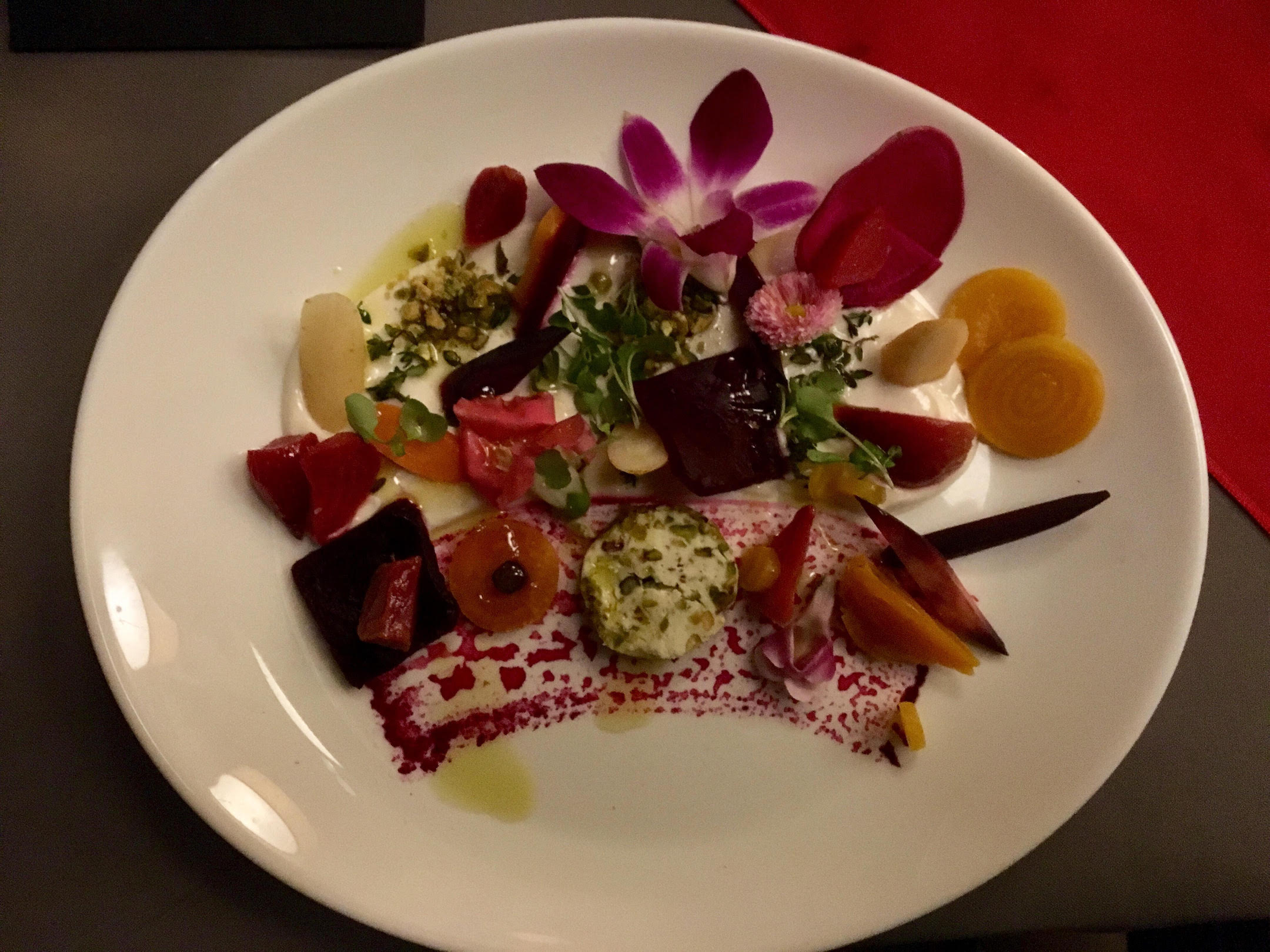 Next was the seared U-10 diver scallops with bacon beurre blanc and arugula pickled onion slaw with saffron aioli. What is the most flattering beverage to pair with scallops? White wine, of course! So Black Bottle went out and made their most expensive beer to date, Neon Mamacita, a wine ale aged in sauvignon blanc barrels. The South African hops really brought out a crisp and sweet apple taste that balanced out the scallops. The stars of this dish were the sauces. The white butter bacon sauce was light and salty, which cut down some of the beer’s sweetness, and the saffron really complemented the scallops and hints of apple from the beer. 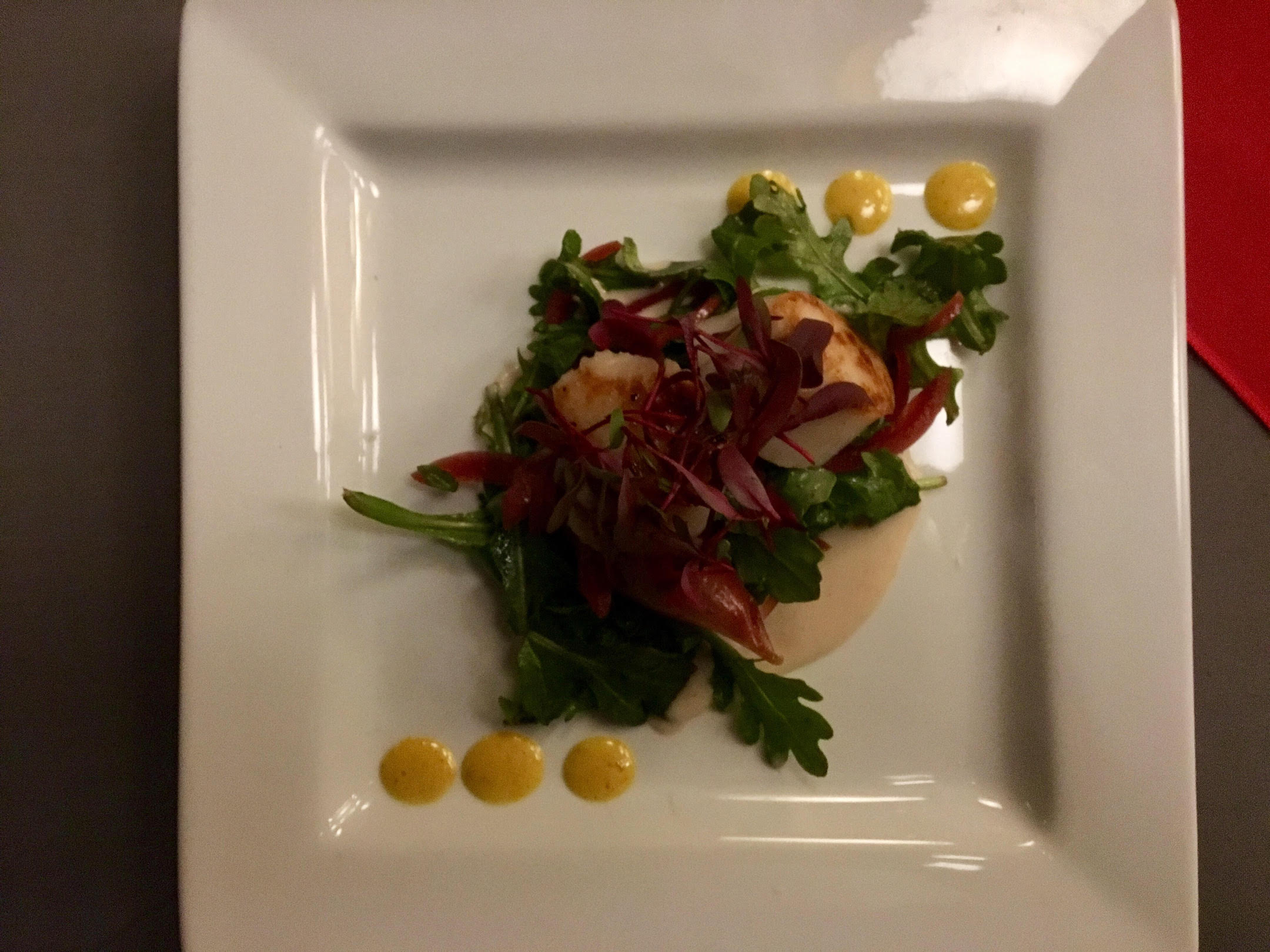 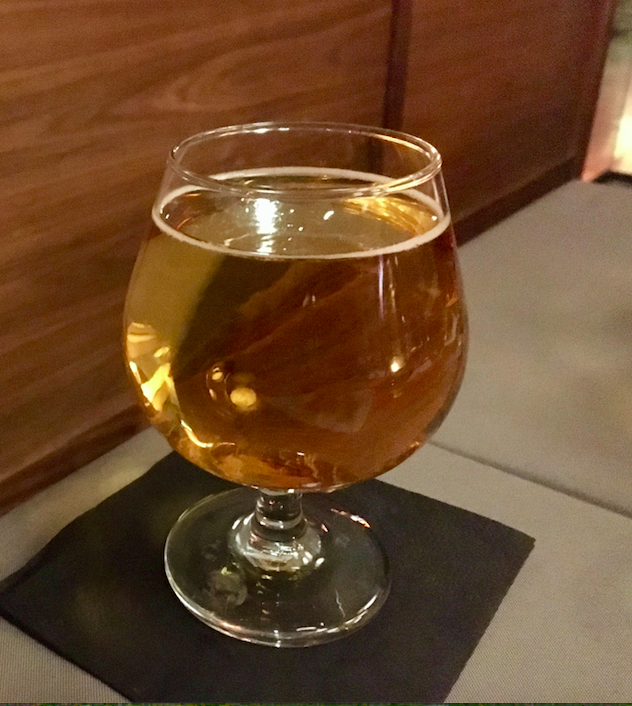 One of only two Fort Collins breweries to medal at GABF in 2016, Black Bottle took home a silver medal for their Belgian tripel. A versatile style for pairing with food, tripels pair great with game birds, and for this particular night that bird was a wild mushroom and leek stuffed quail with fried sweet potato risotto. The deep golden tripel was the perfect pairing for this flawlessly cooked quail. It brought down the richness of the quail while still being exceptionally drinkable for a 9% beer. The fried sweet potato risotto was completely different from how I had imagined. These perfectly fried triangular shaped globes looked almost like a hash brown and packed a delicious and complex taste it made me wonder if my elementary culinary skills could replicate it. 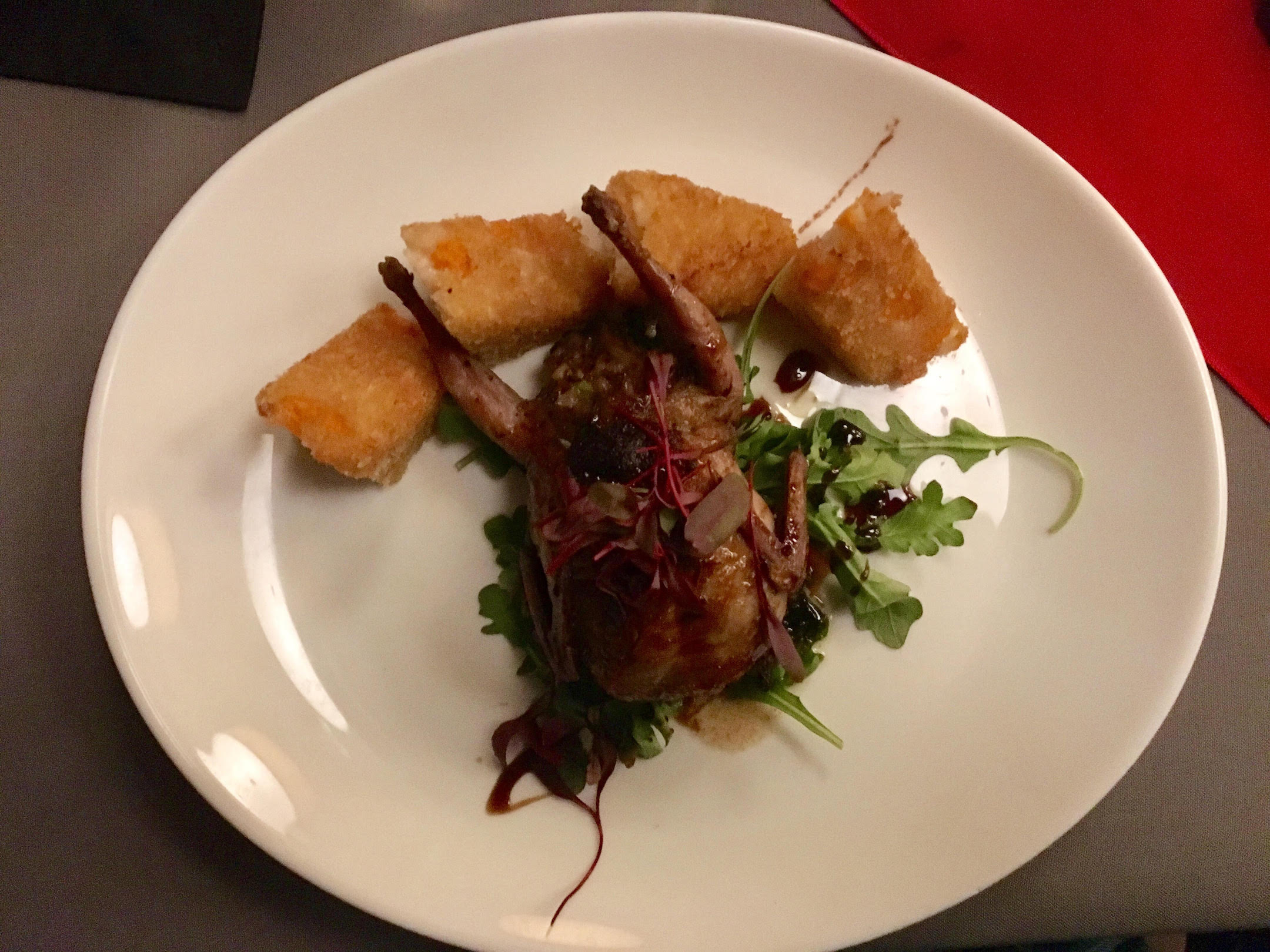 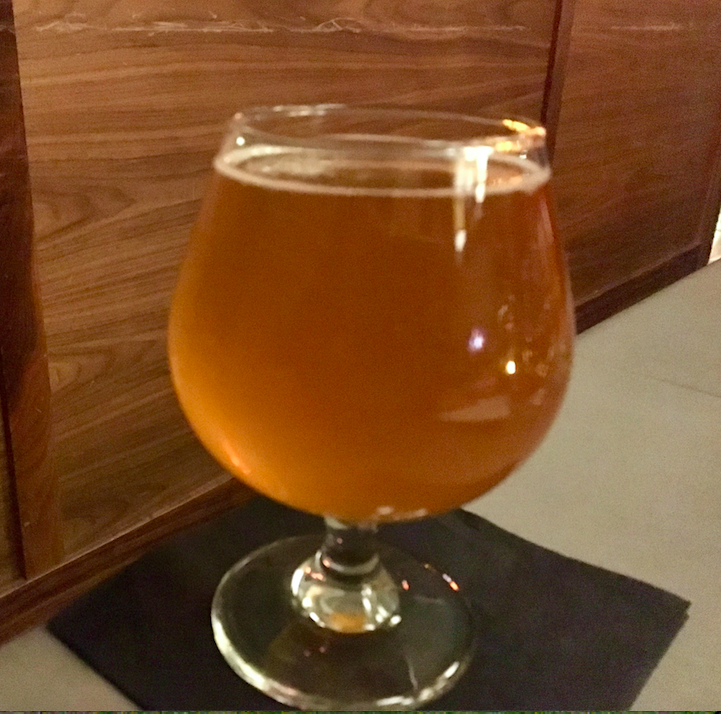 The last dish was another intricately designed masterpiece, a reconstructed s’more-chocolate ganache, graham cracker bar and a house-made toasted marshmallow topped with spun sugar. If you have never had a homemade marshmallow you are missing out on one of the wonders of life. This rich and delicious dish was paired with Black Bottle’s Tele-Porter, a Nutella inspired porter that worked perfectly with this dish as the lighter body of a porter pairs better with such a rich dish as opposed to a stout. 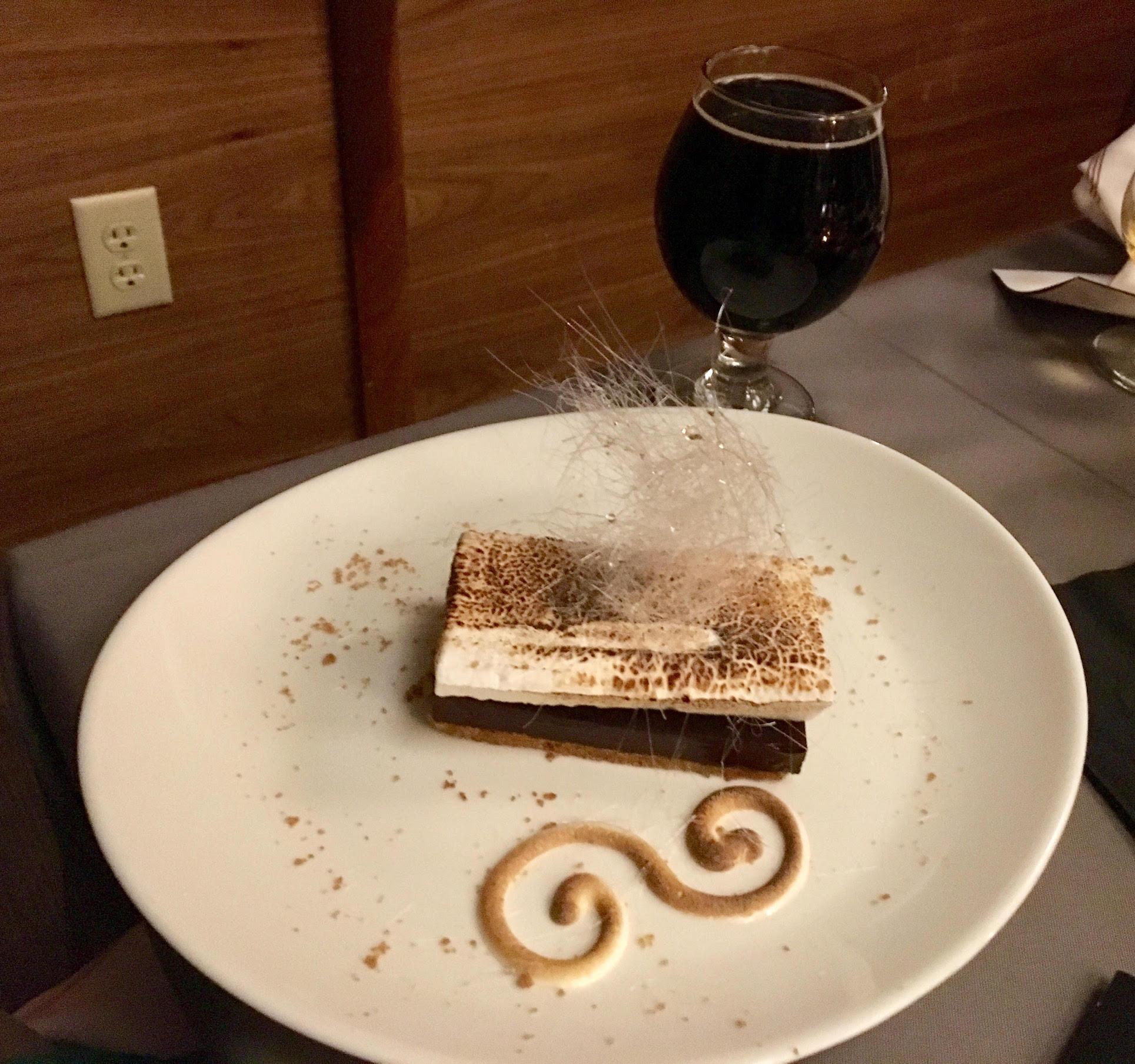 The dinner wound down with Jason going through the process of how to make spun sugar which he made seem like it was as easy as making milk and cereal in the morning. Trust me, it’s not. After our plates were cleared, we sang Happy Birthday to the chef and were given commemorative glasses to take home with us. I had the pleasure of talking to Chef Justin who gave me his story on how he became the head chef at Mainline and the passion and love he had for cooking. Words don’t do this meal and beer pairings justice. Justin really put his love and passion he has for cooking into this meal and it really showed. The team over at Black Bottle are doing some great things for Fort Collins’ craft beer scene and this pairing was just another one of them. 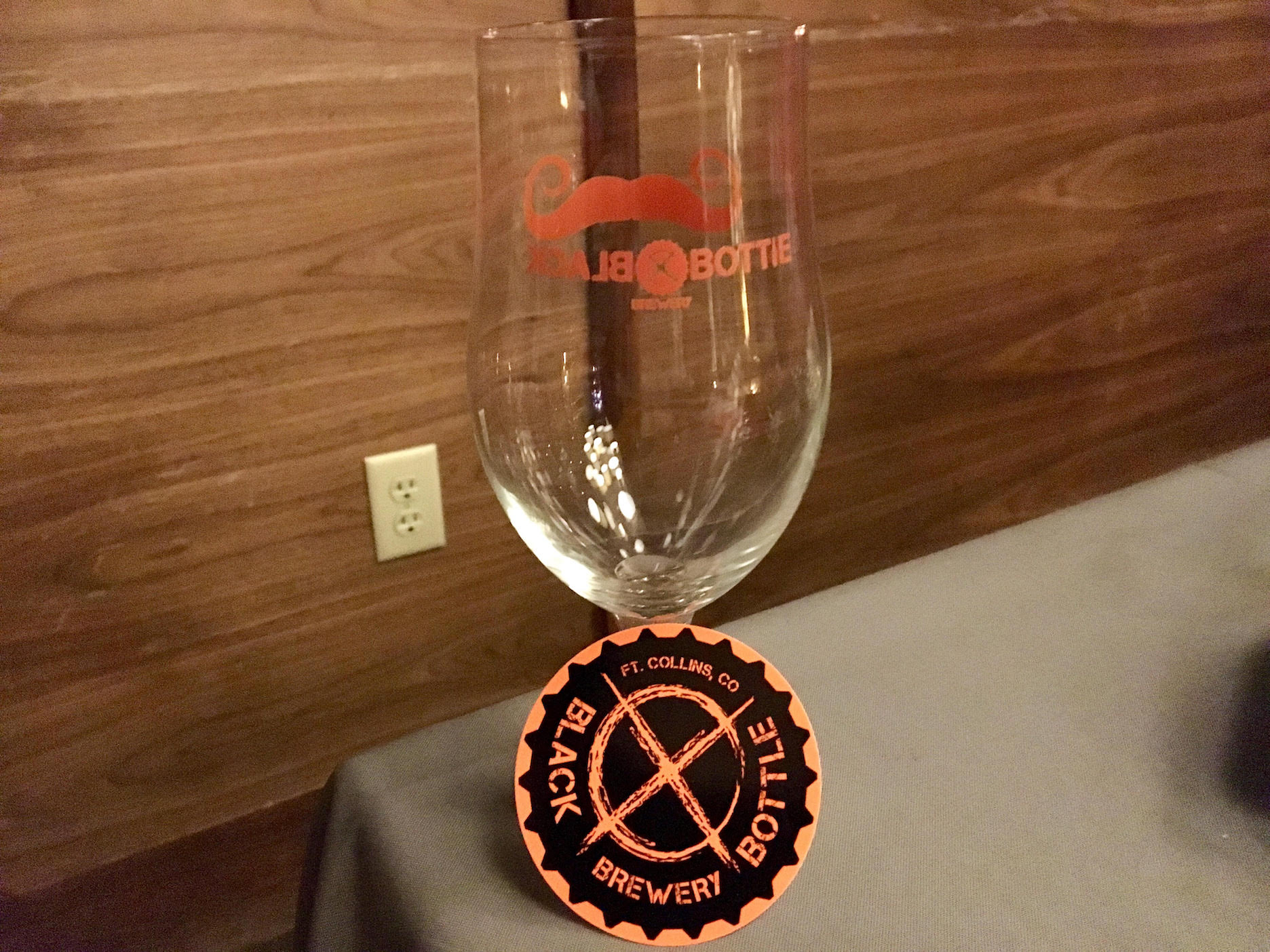 If you live in Fort Collins or catch yourself in the area, make sure to head over to Black Bottle Brewery for a beer or two and head over the Mainline Ale House after for more libations and great local food. 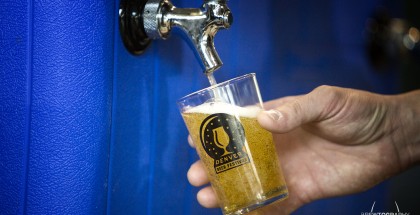 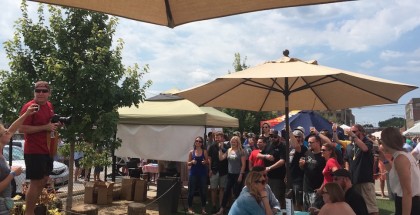 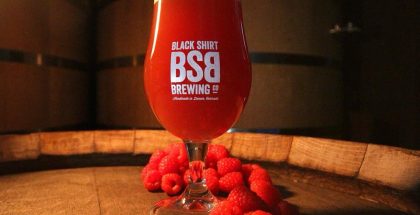