It’s February and it may be cold, it may be wintery, but If you are like me you are already thinking about summer. You are yearning for the renewal of sunny days, baseball games and the general atmosphere that comes with a new fresh spring. SweetWater Brewing Company is in the same mindset and their new seasonal beer, Grass Monkey, is here to usher you right into the spring. If you think this is just a simple light delicate spring beer, you don’t know SweetWater. Grass Monkey is light, but its complexity comes from citrusy hops and, in true SweetWater flair, an addition of lemongrass.

I bought a six pack soon as I saw Grass Monkey and while I knew it would be something special I wasn’t sure how the lemongrass would play with the hops. I poured a 12-ounce bottle into a glass and the straw golden color simply glowed in the glass. Grass Monkey by no means is a crystal clear beer but it also isn’t hazy, rather it’s along the lines of what I would expect from a light wheat beer. When poured there was a good frothy head that quickly dissipated down to an attractive lace that stuck to the glass as I sipped on it. The aroma bursts with citrus, specifically lime with a faint hint of resin and dank hops. As a fan of Asian foods, I must say I kind of hunt for the lemongrass. It doesn’t necessarily stick out in the aroma and frankly, I don’t think I would want it to. The hops are clearly the main focus of the aroma and Grass Monkey for a “light and delicate” spring beer delivers in hop aroma and character well above expectations.

The first sip completely fools you by not being aggressive or intense on bitterness. It was a total twist because the aroma sets you up for IPA levels of bitterness but Grass Monkey manages to not be bitter at all and instead comes off as lime zest with a crisp snappy finish and a certain extra something I couldn’t place at first. I suspect this is the lemongrass. It is almost herbal but not in an unpleasant manner. Rather, Grass Monkey manages to bring just enough lemon grass character but not so much that you feel like you are sucking on a fresh straw of it. It is subtle and intricate, playing against the citrus and resin of the Lemondrop hops which serves to only prop up what I suspect were massive late additions and a big dry hopping to get this much character with so little bitterness. The lemongrass strikes me as something that isn’t necessarily standing out but Grass Monkey would be missing something if it didn’t have it.

The subsequent sips of Grass Monkey become easier and easier to drink. As I went through my work week I almost didn’t leave enough Grass Monkey to write this review. Grass Monkey is not only easy drinking and certainly quaffable but I found myself turning to it for dinner or with snacks constantly. On occasion, I make stir fry noodles at home and this beer went perfectly with that meal. My stir fry usually has a balance between sweet, spice and umami from soy sauce and Grass Monkey manages to amplify the flavors of the meal without becoming tiring or abrasive. I found myself alternating bites and sips very easily. With that said go out and be adventurous with Grass Monkey! Try all sorts of food with it, because I believe you will find it pairs well with many exotic savory meals such as a true ramen soup. But, it can also pair well with burgers, falafel or, of course, pizza! Look for Grass Monkey now through April in 12-ounce bottles, cans and on draft around you. 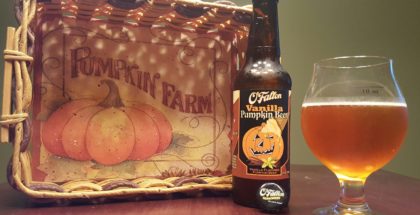 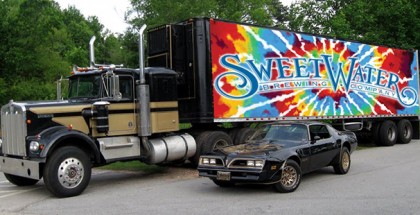