The spin-off, “Better Call Saul,” shows Bob Odenkirk’s character long before he ever went by the name Saul Goodman. We get to know him as Jimmy McGill, an aspiring lawyer prone to finding legal gray areas to get things done.

Here is the Ultimate 6er for “Better Call Saul.”

**Some mild spoilers below, so proceed with caution if you’re not caught up**

While “Better Call Saul” is about a lot more than Jimmy McGill changing his name, one of the show’s main motifs is watching Saul Goodman emerge from the well-meaning Jimmy McGill. Viewers of “Breaking Bad” know that Saul isn’t just a criminal lawyer; he’s a criminal lawyer. So it’s somewhat heartbreaking to see that side come out of Jimmy. The guy loves his brother and his colleague, but playing the part of a by-the-book lawyer is tough for him. Similarly, MadTree describes their Identity Crisis beer as tough to identify – it looks like a porter, with the hops of an IPA. It’s Jimmy McGill as a beer.

“Better Call Saul” is a seasons-long identity crisis, and I am terrified to see what leads Jimmy to finally abandon his roots and become the person we know from “Breaking Bad.”

In season 2, we learned that Kim Wexler is a self-made lawyer from a small town on the Kansas-Nebraska border. She’s fiercely loyal to Jimmy, and is the perennial angel his shoulder. She’s one of the best lawyers on the show, but in her personal life she’s mellow. She’s just like the Nebraska Pils from the brewery near her home: she’s got depth, but plenty of chill.

And if I may give my own insane fan theory…. I’m hoping Nebraska stays relevant to Jimmy and Kim. In the “flash-forward” scenes where Jimmy is hiding in Omaha as “Gene” … I desperately want Kim to return to him. There are all sorts of theories (many of them tragic) as to why we never see Kim Wexler on “Breaking Bad,” but I am holding onto hope that she and Jimmy make Nebraska home after the events of “Breaking Bad” occur.

Ghost of ‘Lectricity | Around the Bend Beer

Jimmy’s older brother Chuck is different from him in many ways. Chuck is careful, calculating and, above all, he’s strict about following the law. It’s one of the sources of friction in their relationship: Chuck resents Jimmy playing fast-and-loose with the rules.

Another source of strain on that relationship: Chuck is allergic to electricity. He can’t be around batteries or electronics or any sort of electromagnetism without freaking out. So he differs from the flavor of Around the Bend’s beer: his house is dark and cold, not clean and bright light Ghost of ‘Lectricity. But what an appropriate name for someone who is haunted in his own home, possessed by a paranoid fear of ‘lectricity.

The other carryover from “Breaking Bad” to “Better Call Saul,” Jonathan Banks’ character has a lot in common with both the beer name and the brewery name in this entry. He’s a surly, quiet man with a cynical opinion of humanity. And while his special-ops-style tactics will be familiar to “Breaking Bad” fans, this series offers a sad backstory for Mike which explains his dark world-view.

After a day of work in the tollbooth, I could see Mike Ehrmantraut going home to enjoy a pale-gold ale that’s as cynical as he is.

What better way to capture Howard Hamlin, the cocky frontman for the law offices of Hamlin, Hamlin & McGill. He’s smiley, conveying a facade of friendliness. And he’s very particular about his color-scheme, even trademarking his own color: Hamlindigo Blue. The beer from Stevens Point captures his exterior. And sure, Howard isn’t a complete jerk, but on a few occasions he’s found himself butting heads with Jimmy, which makes him less than lovable.

Okay, this beer choice is just cheating. B. Nektar Meadery named this mead after Tuco Salamanca, the hot-headed gangster from “Breaking Bad.” But no one in the world of “Better Call Saul” is more familiar with Tuco’s outbursts than Nacho Varga, Tuco’s right-hand-man who approaches Jimmy and Mike to help make his life a bit more legit. 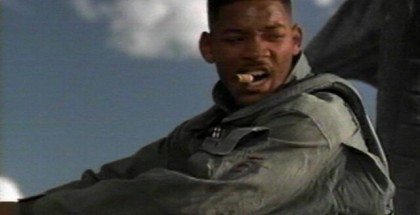