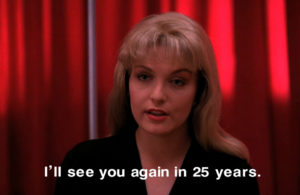 *Spoilers below if you’re not caught up*

Timber plays a big role in Twin Peaks as seen in the Packard Sawmill, the giant log cabin hotel, the Great Northern, not to mention The Log Lady who carries an actual log around with her. A big barrel aged barleywine seems appropriate for the first beer on this list. Sierra Nevada’s Bigfoot Barleywine style ale is an excellent example of the robust flavors that occur in barleywines. Known for being one of the best beer to cellar, I could see Catherine Martell and or Ben Horne breaking out one of these burly beers and sipping on it slow as they celebrate one of their devious plans coming to fruition. 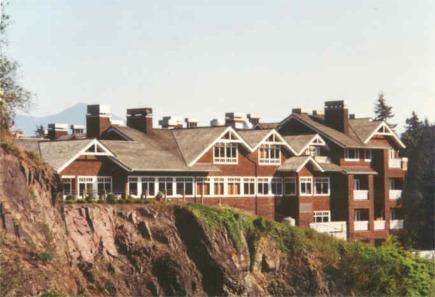 The Double R Diner serves up the best cherry pie in town and according to plenty of Twin Peaks residents it’s the best anywhere. Naturally a cherry beer needed to be on this list and for me, it is really hard to beat New Glarus’ Belgian Red. With over a pound of Montmorency  cherries in every bottle the cherry flavor is the star. It is extremely effervescent, sweet yet dry, and pours a brilliant ruby red color. Better than cherry pie if you ask me.

With copious cups of joe being poured in Twin Peaks, I’m constantly craving breakfast while watching and feel like I get caffeine jitters by osmosis. There are so many coffee beers out there these days that I wanted to share a new one. It was love at first sip of the Sumatra Mountain Brown from Founders. Founder’s brewmaster, Jeremy Kosmicki. ended up having too much Sumatra coffee at the end of Breakfast Stout season and decided to give some love to an under appreciated beer style, the brown ale, and added some more booze and Sumatra coffee. This is beer as a rich coffee flavor without the acidic flavor that can happen with some coffee beers.

Crullers, Jelly filled, cake, and oh sweet glazed… I’m not sure why there are always decadent piles of donuts in every shot at the sheriff’s station except for the obvious assumption that cops love donuts. Either way, it always makes me hungry and crave a big stout. Cue, Skillet Donut Stout from Burial Beer. This 7.5% oatmeal stout starts off with a sweet and doughy smell and tastes of coffee and chocolate glazed donuts. Does it get any better than that? Maybe if you had some donuts to go with.

P.S. it was released Friday, May 26 at their Asheville brewery.

The forest plays an integral role in Twin Peaks as seen in Agent Cooper admiration for the towering Douglas Firs in Twin Peaks, not to mention the entrance to the Black Lodge is deep in the forest in Glastonbury Grove in the Ghostwood National Forest. Super Spruce by Grimm Ales is a unique combination of spruce tips and Chinook hops in a gose and an easy choice for a Twin Peaks binge. The combo creates an intense resinous aroma on the front end, bright citrus flavors and then finishes crisp with lingering tanginess from sea salt.

In the original series, so many characters were constantly lighting up. Ben and his cigars, and Donna and her constant chain smoking… Porter was the first beer style I fell for and Stone’s Smoked Porter was the first smoked beer that I enjoyed with its subtle smokiness. This is an approachable smoked porter at just 5.9% and and features flavors of coffee and chocolate with the smoke coming from peat smoked malt.

Evil Twin | Beer of Your Choice

Doppelgangers are everywhere in this show. Laura Palmer was her own doppelganger living a double life as the cheerleader good girl and a One Eyed Jack’s prostitute. Then her cousin Maddy showed up and looked exactly like her (played by the same actress). Agent Cooper and Leland Palmer both become possessed by BOB and become their own evil twins. Even the title features the word twin. With all that said, any Evil Twin beer would be an appropriate beer for the show. My pick would be the Imperial Donut Break because you can never have too many donuts when watching Twin Peaks.

Follow along with Emily’s travels at Em’s on the Road. 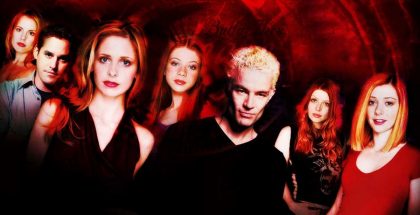 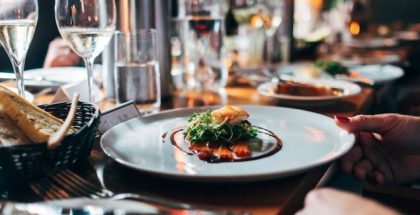 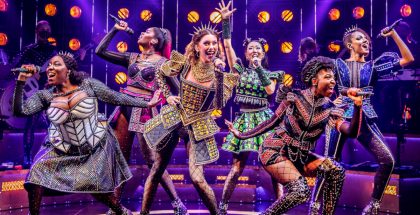