The NBA Play-In Tournament is new this year so it’s a perfect time to find a local beer to support your team. Here’s a coast-to-coast 6er that covers the teams and matchups for the new kickoff to the NBA Playoffs.

With their season altered by injuries to LeBron James and Anthony Davis, the Lakers find themselves in an unexpected position. The fogginess is real, but they’re hoping the championship window is still open. Fortunately, they have a wonderful DDH IPA from Torrance that can help them see through the fog.

Steph Curry is the face of Bay Area basketball. Quite frankly, when he’s playing well, he sparkles. This is far from the best Warriors team he’s played on, but this one-game tournament is the perfect chance for him to take over and advance.

San Antonio’s Weathered Souls Brewing created the Black Is Beautiful initiative last year to try and use beer sales to support foundations addressing police brutality. Memphis had five breweries collaborate on the city’s version of the imperial stout. This game may not matter much, but this city-wide collaboration exemplifies the power of one of the most impactful initiatives in the craft beer industry’s history.

The recently released DDH Green Street is a great way for Celtics fans to handle the play-in. Although the basketball team may view Brooklyn as a foe, Trillium looked to Brooklyn-based Other Half to collaborate on this tropical treat.

The Wizards had a slow start to the season, but they’ve been rolling for the last two months. Aslin Beer Company’s Scandinavian Lager is a great crushable option to see if teams can keep up with the surging Russell Westbrook and Bradley Beal.

Watching this game would make anyone feel like Squidward. 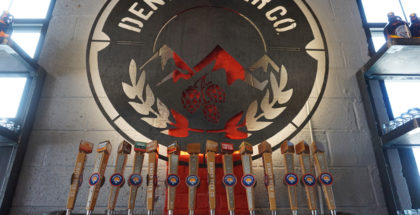