The golden rays of the Colorado setting sun cast shadows upon laughing faces at this year’s Brews and Bites event. Set to the backdrop of the Governor’s sprawling backyard garden, some of Colorado’s finest breweries and dining establishments were paired together to bring event goers unique and flavorful tasting experiences while mingling with Governor Hickenlooper himself.

Having never personally been in the Governor’s Residence before, the opportunity to drink some of Colorado’s best beers and taste some of the city’s best food while surrounded by marble fountains, ornate furniture and deeply rooted historical context it seemed as though I had stepped back in time. Which is exactly what the Governor’s Residence Preservation Fund is trying to accomplish with their dedication to maintaining this magnificent estate. The Boettcher Mansion was truly the perfect backdrop for this fundraising event, with proceeds going to continuing the upkeep of the mansion in perpetuity for the residents of Colorado to enjoy. 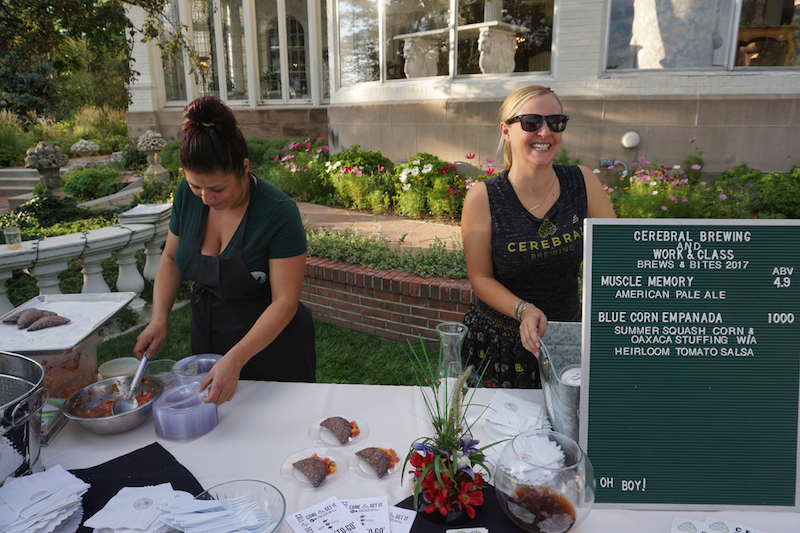 Music from the Colorado Springs bluegrass band, Grass It Up, serenaded our ears as patrons wandered from table to table eyeing the fantastically prepared food and drink. With over 15 food and beer pairings it would be difficult to do justice to each nuanced flavor pairing, so I am just going to discuss the ones that truly caught my attention. 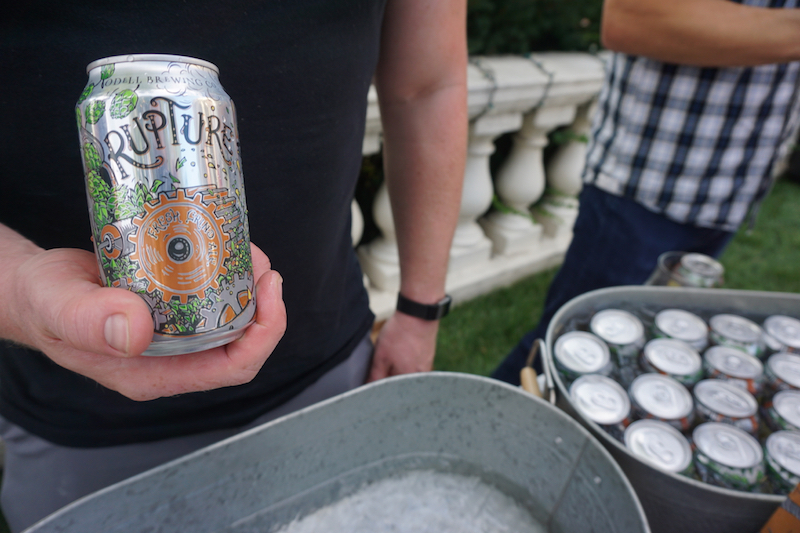 Odell Brewing utilized Bites & Brews as the perfect opportunity to give attendees a sneak peek of the latest beer to emerge from their portfolio. Rupture, described as a Fresh Grind Ale, is made with an entirely new hop process. The brewers of Odell owe a nod to coffee makers for the inspiration of this new process. Not unlike when coffee brewers add full fresh beans to the brew, for this beer Odell takes full flower hops through a hammer mill (one of the only ones in the country) and adds the hops to the brew that same day, late in the hop process. This approach creates big hop aroma, light bitterness, and a highly drinkable beer. Very clean and fresh tasting. Paired with a corn fritter topped with poblano goat cheese moose and palisade peaches from Dunbar Tap & Kitchen, the beer cut through the fattiness of the cheese and accentuated the poblano flavors. 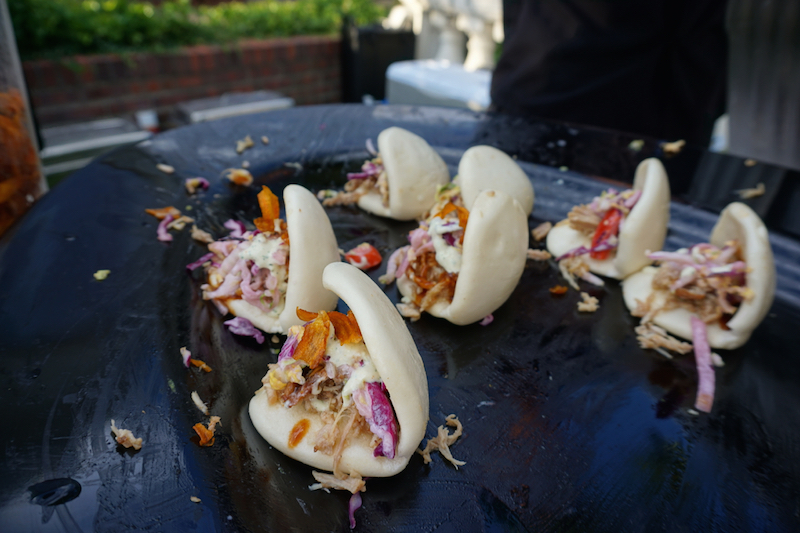 Taking inspiration from both West Coast IPAs and East Coast fruitiness trends, Joyride Brewing brought their ZEMI IPA and paired it Blue Agave Grill’s pork belly soft bun. Full disclosure here, I am not the biggest IPA fan, however this beer really caught my attention. The combination of the Zythos, Ekuanot, Mosaic and Idaho 7 hops make for an absolutely delightful fruit and citrus forward beer that ends with the typical West Coast IPA hoppiness. It’s hard to believe that no fruit was added to this beer because it has such a fruity nose and taste, the perfect IPA for a non-IPA drinker. The fruitiness of the beer brought out the smoky and sweet flavor that the pork belly bun had. With a tangy habanero slaw on top and crispy onions I could not get enough of this bun. Paired with an IPA that cut through the spiciness of the habanero and highlighted the complex flavors in the pork, I was in love.

I was somewhat disappointed when I saw that New Belgium Brewing didn’t bring one of their new and highly buzzed about Wood Cellar Reserve beers to the event, but that disappointment quickly dissipated into glee when I tried their 1554 and Citradelic frosted chocolate cake pairing from The Preservery. The slight orange and tangerine flavors found in Citradelic translated into a frosting that showcased zesty citrus flavors, but not overwhelmingly so to the point that it tasted like the fake orange flavor found in almost all “orange” flavored foods. For me, when paired together I got subtle root beer flavor that was surprising and delectable. In terms of the pairings, this was probably my favorite. I loved that they used another one of their beers as a vehicle to accentuate the pairing. Everything tied together nicely and both the beer and the food highlighted the flavors and textures in each other. 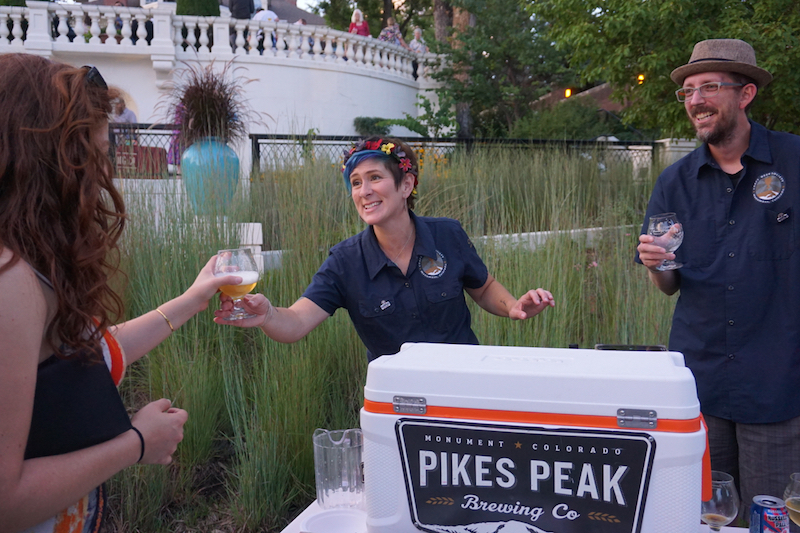 Horse & Dragon Brewing brought another pairing that truly blew me away. They choose their Surf & Rescue to make the trip down from Fort Collins. A light American Wheat with the flavor of Markut lime leaves and coconut shaves woven into the beer, this beer had overwhelming floral aromatic notes. When paired with the short braised beef in a coconut lime sauce these floral notes exploded into huge flavors of herbaceousness, lime, coconut, and almost a pepper bite. The beef was coated in chili flakes a perfect contrast to the smooth and silkiness of the coconut lime sauce. This was another pairing that flawlessly used the inspirations of each other’s flavor to create an experience when tasting them together.

If you are a beer lover and have not been to this event you need to go. Some of the best food and beer in Colorado enjoyed together in the scenic Governor’s Mansion, this is truly an event not to be missed. 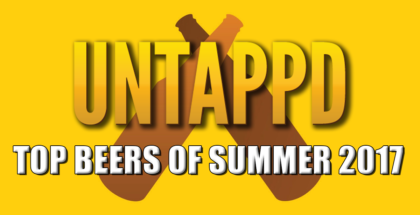 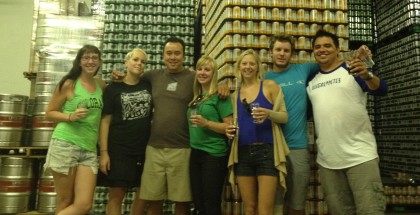