Which came first, the pizza or the beer? Okay, this isn’t as philosophical as the classic chicken and the egg question; I’ll go ahead and tell you. It was the pizza. Moonlight Pizza & Brewpub opened in Salida, Colorado in 1994 and began creating handmade thick crust pizzas with a decidedly Colorado-hippy vibe. And it was good. So very cravably good.

But nothing stays the same. Even in this small mountain-mecca town, located about two and a half hours west of Denver. Salida is exactly how you envision Colorado in your “Rocky Mountain High” dreams. It’s an outdoorsy playground surrounded by the highest mountain range in the country and bisected by the wild Arkansas River. Moonlight sits right in the center of Salida’s historic downtown.

But after over 20 years as a pizzeria, something was slowly brewing in Moonlight’s future. And it would prove to be good too. Yes, cravably good. And then some.

Birth of a Brewpub

After some ownership shake-ups, all friendly of course, Moonlight Pizza officially added “and Brewpub” to their title in 2011. That’s when self-taught head brewer Bryan Ward and crew decided to make the move from seasonal jobs to joining the craft brew revolution. When Ward moved to Salida from Denver in 2006 to “become a ski bum,” he lived his dream by working winters at Monarch Mountain Ski Area and summers as a whitewater rafting guide. In-between, he got a job flipping pizzas at Moonlight in 2007 while honing his homebrewing skills on the side.

“It all just fell into place,” Ward says. In 2015, Ward, along with the ownership group including Kyle Buskist, Brenna Eaker and Heather Adams, completely bought out the previous owners.

But he hasn’t ‘sold out’ on his dream of living for the next adventure. Moonlight doesn’t can, bottle or distribute their awesome beers. Because they don’t want to. They want a life, not just a business.

“We’re pretty happy just selling on-site,” says Ward, whose favorite outdoor pursuits are rafting and fly-fishing. “Not distributing allows us to do whatever we want. We don’t have huge orders we’ve got to fill or timelines to fill them in. That’s the great part. It’s kind of fun to brew whatever we feel like brewing.”

To taste Moonlight’s beer, you have to come to Salida. There. Now you have an excuse to get here.

Moonlight Pizza & Brewpub has a seven-barrel brewing system. They typically have nine beers on tap, from classic English styles, German lagers, and American pales to a surprise small-batch creation. The rotation is bound to be different every time you walk in. Whatever the brewers feels like drinking at the time, that’s what you’re drinking, too. It works.

The tap line-up shifts with the seasons. At an elevation of well over 7,000 feet, Salida has four distinct seasons, with specific adventures inherent in each. When whitewater rafting gives way to aspen-leaf peeping, it’s time for the fall seasonals – a Pumpkin Ale and a Barrel-aged Pumpkin. When snow starts to fall, it’s time for the darker stuff. Ward says they brew a Stout and a Doppelbock around the time nearby Monarch Mountain opens.

In outdoor patio season, their most popular beer is the Moonlight Cream Ale, a 5 % Ale version of the American Lager Style. Actually, it’s popular in winter, too. It’s an athlete’s beer – you can drink several without feeling too full to take a long hike on the Colorado trail. Or whatever the day brings.

“Before we opened the brewery, we sold so much PBR, mostly because it was cheap and easy to drink. Our Cream Ale is light and easy and always cheaper too,” says Ward. Cheap is right. They have a lunch deal where you get a slice of pizza and a Cream Ale for $5.50. By itself the Cream Ale is always $3.50.

If that PBR reference just made you roll your eyes and scoff, please be reassured. They’re also quite adept at brewing heavier, more complex and creative beers.

“Our double IPA and the Wee Heavy are popular, too,” says Ward. The Double IPA at 9% ABV is hoppy and malty and goes pleasantly straight to your head. The Wee Heavy pours out at 8.4% ABV and is malt-forward, traditional Scottish style ale. Both sell for $7.

In-between these beer bookends are the $5 beers. They brew a 5.1% copper-colored Amber Ale that relies more on malt than hops. It tastes like a buzzy caramel orange perhaps. If there were such a thing. There should be such a thing.

Their dark, creamy Stout is 5.2% and brewed with English hops and oats. Robust is the adjective most pin to this one. Their India Pale Ale offers the high-hops any IPA lover is looking for, with citrus and pine flavors.

Ward’s experimental small batches are his chance to color outside the lines. He plays around with tastes like Thai Chili or Cinnamon Raisin in his special brews, making just one or two kegs at a time. They go really fast, he says.

For the past four years, Moonlight beers have been among the approximately 3,500 beers competing at the annual Great American Beer Fest in Denver. At the 2017 GABF they entered their Barrel Aged Wee Heavy, 2X IPA, and Salida Wheat. Moonlight has yet to medal on this grand stage, but they did win awards at the 2017 Colorado State Fair International Craft Beer Competition.

“The Matadora Dark Mexican Lager took bronze,” Ward says. “It’s made with a yeast-strain from a Mexican brewery. It’s dark but surprisingly refreshing, served with a lime.”

The Peach Wheat, a variation of their Salida Wheat, also took bronze. It’s an unfiltered wheat made with orange peel, coriander and organic Colorado peaches.

If They Come, We Will Build It

In the past decade, this building has had more face-lifts than a Hollywood starlet. Back in the day it was just a narrow white stucco building, decorated with a kayak suspended on one wall and t-shirts hanging on the other. Spread your arms wide and you could touch both displays at once. It had maybe four tables with just enough space between for picking up to-go orders. There was also a small outdoor patio.

The first expansion was adding the brewery in 2011. They knocked out the wall that separated the kitchen from an adjacent flower shop and installed the brewery equipment there. Then they added a small bar. It seats about four. It’s a very coveted seat.

In 2015 they did another major renovation because they felt bad about the long wait times for pizza loving beer connoisseurs. They expanded to 75 seats indoors by essentially closing in the original patio. Then they created a roomy new patio out front.

“Somehow, even with these expansions, people are still lined up,” he adds. So their happy success is driving yet another expansion involving moving the brewery into the old DMV building next door. This will double the brewing capacity and widen the beer variety.

“We also want to expand the bar, to at least 10 seats so it’s more like a real bar,” Ward says. Belly up, beer lovers.

Beer and a Slice

As popular as the beer has become, it hasn’t eclipsed the pizza. Oh, the pizza! Ward’s favorite is the Mirkwood Chicken with bacon. It’s named after Mirkwood, the amazing backcountry ski area at Monarch. The menu says, “This is a feast for the Heart and Soul of the Mountain people.” It is one of 11 specialty pizzas, all with their own stories. The Full Moon pizza is “an official FibArk training food.” Fibark stands for First in Boating on the Arkansas. This wild kayak extravaganza held every Father’s Day weekend is Salida’s best and oldest festival.

They also have “Moonzones,” (rather than Calzones), hot sandwiches, salads and breadsticks. They’re all incredible, mostly thanks to their homemade bread. Dough. Crust. Whatever. There are no crusts left on the plate here.

Handmade sodas are also on the menu, including root beer, ginger beer, cream soda and limeade. They don’t come with straws because they’re actively trying to reduce unnecessary waste. They don’t use plastic at all. Kids, bring your own sippy-cup.

Every Monday, a different local organization receives 10 % of the day’s sales thanks to “Moonlight Mondays.”

“We like to help support non-profits and organizations however we can,” Ward says. “These are groups that help make this community such a great place to live.”

They also like to help out the local cows and chickens. Used brewing grains are donated to local livestock. Veggie scraps from the kitchen are given to the poultry.

You Can Take It With You

Because you can only get the beer here, you’ll want to take some with you. They’ll refill any appropriate container you supply or they offer a 32 ounce mini-growler (a Squealer) or a 64-ounce Growler. They also sell beer in a 32 ounce can they fill right from the tap. 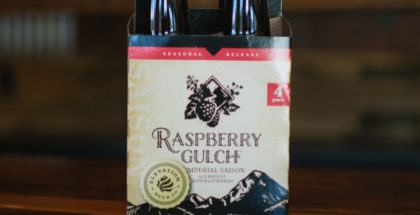 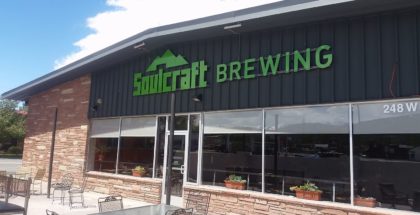 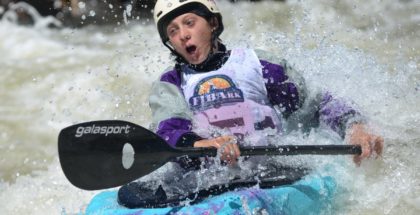