Is anyone reading this a fan of Stranger Things? Have you heard of it? Okay, I’m probably crazy for even asking that question. My point, of course, is not about the show on Netflix. However, if you’ve seen the show, then you would most likely recognize the label of a particular beer, Broz Night Out, made by The Veil Brewing Company.

The Veil is one brewery that has intrigued me ever since I first had one of their beers.  They specialize in IPAs and they seem to be very dedicated to the styles that they like. They are an independent brewery and have built quite the reputation for their amazing beers. Their distribution is very limited, however. In fact, their beers are brewery distributed only. A fresh batch of beer is packaged every Tuesday morning and released directly to the consumers. Their commitment to quality is highly respectable and it makes scoring one of their beers that much more rewarding.

I was fortunate enough to first try Broz Night Out just a couple of months after their grand opening which was on April of 2016. A friend of mine from Vermont has family in Virginia and was able to save me a can when he went there for a visit. It’s ironic because Pennsylvania is so much closer to Virginia than Vermont but, hey, I’m not complaining as to how beer ends up at my door step.

Broz Night Out is a 100% Citra double IPA with a 9% ABV. It’s The Veil’s imperial version of their Broz Day Off. It pours a hazy, orange juice mixed with tea type of color. There’s also a thick and fluffy white foam head at the beginning that soon fades to a transparent layer. There is a heavy dose of fruit on the nose, which is to be expected from Citra hops.  From the first sip to the end, it’s juice. It’s extremely refreshing. Flavors of oranges, pineapples, and tangerines give it a lovely fruity sweetness. There is also a very subtle malty earthy flavor that finds its way to your palate right at the end. The citrus fruits surely linger without any bitterness. If you didn’t know any better, it would be difficult to convince you that the ABV is as high as it is, solely based on flavor. The folks who aren’t normally fans of IPAs could very well be converted with this beautiful juice bomb.

I don’t believe that the Stranger Things design on the Broz Night Out label is responsible for its popularity. It is, however, incredibly recognizable. At first, it’s difficult to make the connection between the name of the beer and the show. But if you’ve seen it, it makes complete sense and the characters on the label make is that much more lovable. Once you’ve tried a Broz Night Out, you might not think it’s so strange, after-all. 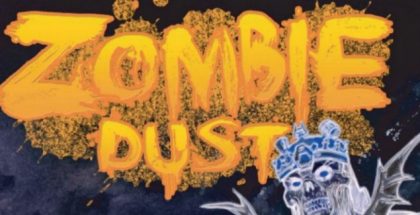 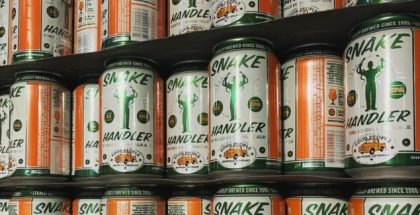