From the on-set Liberati Restaurant & Brewery has been an ambitious undertaking. As Denver’s first brewery focused on oenobeer wine/beer hybrids, founder Alex Liberati was already bringing something completely new to the Denver beer scene. But in addition to pushing the boundaries on innovative beer styles, Liberati sought to translate a more holistic experience from his native Italy through a fine-dining culinary experience.

Sparing no expense, Liberati’s kitchen featured house-cured meats, a mozzarella lab, and a culinary program helmed by Marta Biasotti, their efforts went so far as to receive consultation from one of the world’s foremost gelato makers in Michelin starred Marco Radicioni. However last night Liberati announced that it will be closing its restaurant as of Sunday, March 1.

“We greatly enjoyed working on this project, and are very grateful for all the brilliant people we met and the accolades we received”, said owner Alex Liberati. “I’d like to especially thank my staff, and all of our many loyal supporters!”

Despite yesterday’s news of Liberati’s restaurant closure, it seems that Liberati’s brewing side may still live on in some form or another. “Moving forward we’ll be putting all of our energy and efforts behind exploring the uncharted territory of oenobeers, furthering innovation and sharing our knowledge to educate others on this unique category.”

While Liberati has not been willing to comment further on whether the brewery will continue to operate, he did note in an interview with Colorado Brewery List, that he and his team are “not going anywhere” and that they would continue to explore the thrilling and uncharted territory of oenobeer in Denver.

We’ll be sure to follow this story as it continues to develop. 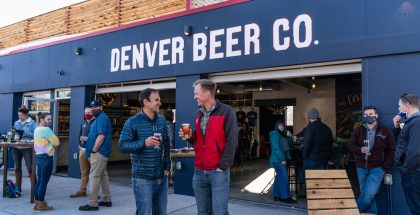