Just your friendly neighborhood bisexual reminding everyone that Pride Month is an important time to reflect on the LGBTQIA+ community, both on the strides that have been made in the past fifty years as well as all the work that still needs to be done. Nearing the end of June, I wanted to pair some Pride Month beers to important milestones in furthering LGBTQIA+ rights. Please keep in mind that these are only six of the many events, riots, protests, bills, etc. that have occurred, and it is important to learn about these events year-round, not just in the month of June. As always, let us remember that we owe Pride to Black transgender women like Marsha P. Johnson, and to understand whatever our own privilege is, even as members of the LGBTQIA+ community.

Check out other Pride beers here!

As a response to violent and homophobic police raids in Greenwich Village, the Stonewall riots are recognized as a watershed moment in the gay rights movement. Starting on June 28, 1969, this is the reason why Pride month is in June. Of course, the pairing for the Stonewall Riots is the Stonewall Inn IPA from Brooklyn Brewery, a year-round IPA with citrus peel and grapefruit. Brooklyn Brewery is partnered with The Stonewall Inn Gives Back Initiative, and proceeds from this beer goes directly to SIGBI (read more about this organization here).

In 2000, Vermont was the first state to recognize same-sex civil unions, 32 years after the Stonewall Riots. We have come a long way since then, but back in 2000, Vermont paved the way for other states to follow. Additionally, it was the first state to introduce same-sex marriage without being required to do so via a court decision. Of course, this had to be paired with a beer from Vermont, and while the Loving Day Ale is actually in honor of lifting the ban on interracial marriage, it was still fitting. A portion of the proceeds of this beer, which is an IPA with pineapple, kiwi and honeydew melon, are donated to Loving Day Vermont.

Paired with: Fiction Beer Co. | I Am…

Passed on October 22, 2009, the Matthew Shepard & James Byrd Jr. Hate Crimes Prevention Act was a response to the 1998 murders of Shepard and Byrd and expands the 1969 hate-crime law to include protections for those in the LGBTQIA+ community, as well as additional funding for investigating hate crimes. In collaboration with the Matthew Shepard Foundation, Fiction Beer Company has brewed a Hazy IPA with a tropical flavor and tangerine and stone fruit notes. A portion of proceeds from this beer will go to the Matthew Shepard Foundation, which you can read about here.

In 2013, the Supreme Court ruled that the third section within the “Defense of Marriage Act” was unconstitutional due to the ability to discriminate against same-sex couples in regards to federal benefits. This was monumental, as many married couples were still being denied federal benefits, such as having to pay estate taxes when their spouse died. Queer and woman-owned Lady Justice Brewing Co. truly walks the walk when it comes to their mission of brewing great beer to make the world a better place, and the Big Gay IPA is yet another beer in their repertoire that helps them achieve this. Proceeds of this Juicy IPA (brewed in collaboration with Goldspot Brewing) with notes of strawberry and tropical fruits go towards the Transformative Freedom Fund and Queer Asterisk.

I had just graduated and moved to Boystown in Chicago, which is where our Pride happens every year, when this ruling passed. I remember the exact moment the news came out and the reaction of everyone around me, as well as my own. Declaring same-sex marriage legal in all fifty states was a hugely important moment, and the fact that it took until 2015 goes to show how much work goes into fighting for a right that many people take for granted. One company absolutely doing the work is New Belgium Brewing. Love Conquers Ale is brewed by New Belgium and Sam Adams, with 100% of proceeds going to GLAAD. A refreshing blackberry basil lime Gose, it’s available in Fort Collins, Denver and San Francisco.

One of the most recent advancements is The Equality Act, though it has yet to go to the Senate for a vote. If passed, it would amend the Civil Rights Act to include protections against discrimination in employment, housing and more based on sexual orientation and gender identity. The Love Hazy IPA is dry-hopped with Mosaic, Citra and Sabro hops, and Almanac will be making a donation to the Oakland LGBTQ Community Center.

Companies, including breweries, often just slap a rainbow on merchandise during the month of June and call themselves allies. To be truly inclusive, work has to be done July through May as well; rainbow capitalism is alive and well and isn’t actually helpful to the community.

While there is still so much more to do, and there certainly was regression over the past four years, things are changing and for the better. More representation is seen every day, and we are seeing more and more LGBTQIA+ elected officials as well. Happy Last Day of Pride Month, but not the last day of Pride! 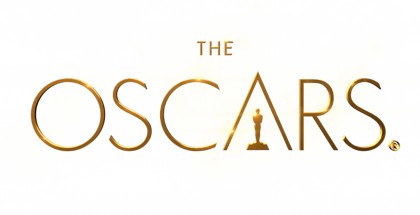 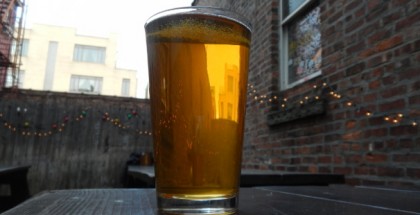