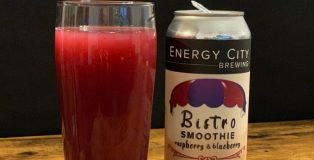 During these uncertain times, it is comforting to know that many breweries are still working on new flavors and beers to be consumed in the safety of one’s home. Energy City Brewing, located in the Chicagoland suburb of Batavia, Illinois, is reliable in its innovation of beer recipes and desire to release new brews to the public regularly. Relatively new to the brewery game, they received their official license on St. Patrick’s Day 2017, and brewed their first stout that same day. The stout in question actually began as an award-winning homebrew of co-founder David Files, who began homebrewing in 2005. END_OF_DOCUMENT_TOKEN_TO_BE_REPLACED 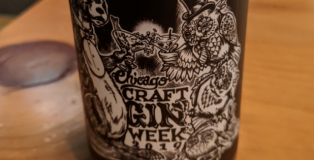 Every once in a while, a truly insane beer comes around and delights the masses. Chicago Craft Gin Week Is A Real Thing (CCGWIART) from Off Color Brewing is one of these beers—if the masses love a sour, that is. Off Color brews up some of the best beers in the Windy City, from their experimental Miller High Life collaboration, Eek!, to the delicious dessert that is Dino S’mores Russian Imperial Stout. With CCGWIART, the brewery has yet another unconventional (yet delectable) feather in its cap. END_OF_DOCUMENT_TOKEN_TO_BE_REPLACED