Sometimes, it is not the description of the beer that pulls you in, but the name of the beer. I have zero qualms about purchasing Hopewell Brewing Co.’s Ya Filthy Animal simply because of the name of the beer (turns out it is my favorite holiday beer, so that one paid off), and going into Great American Beer Festival, my philosophy remained the same.

Many go into GABF with a full plan, knowing exactly what beers they want to try and when tappings are happening. Considering I came out of the womb with a planner in hand, I shockingly did not go this route. As this was my first year going, my plan was to check out the brewery list ahead of time, make a note of any I absolutely did not want to miss and then still accidentally miss it because I got too overwhelmed. Do not fret, dear reader, I still tried a plethora of great beers, and many that maybe I would have missed had I stuck to a specific route or plan. One constant remained though; the booths that had beer names that grabbed me had me holding out my glass.

Nods to pop culture in beer are always entertaining, whether it be the name or the can. Some favorites at GABF included:

Fight For the Right to Party

In the past couple of years, particularly with the launch of the Black is Beautiful collaboration, the craft beer industry has been utilizing beer to bring awareness to social justice issues (though let’s recognize that the industry itself still has a lot of work to do). From Chinga Tu Pelo from 5 Rabbit Cervecería to literally any one of the beers brewed at Lady Justice Brewing, a great name is involved in the making of these beers.

Not ashamed of the love of puns in the PorchDrinking house.

No one put me in charge of making beer names, designers would hate me. Some of these names were just too good not to include, but a category did not exist. 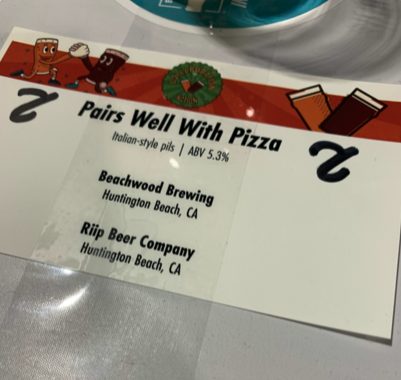 Were there any beers at GABF that caught your eye based on the name? Let us know in the comments below! 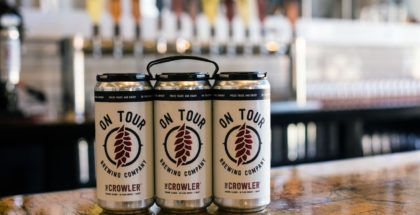