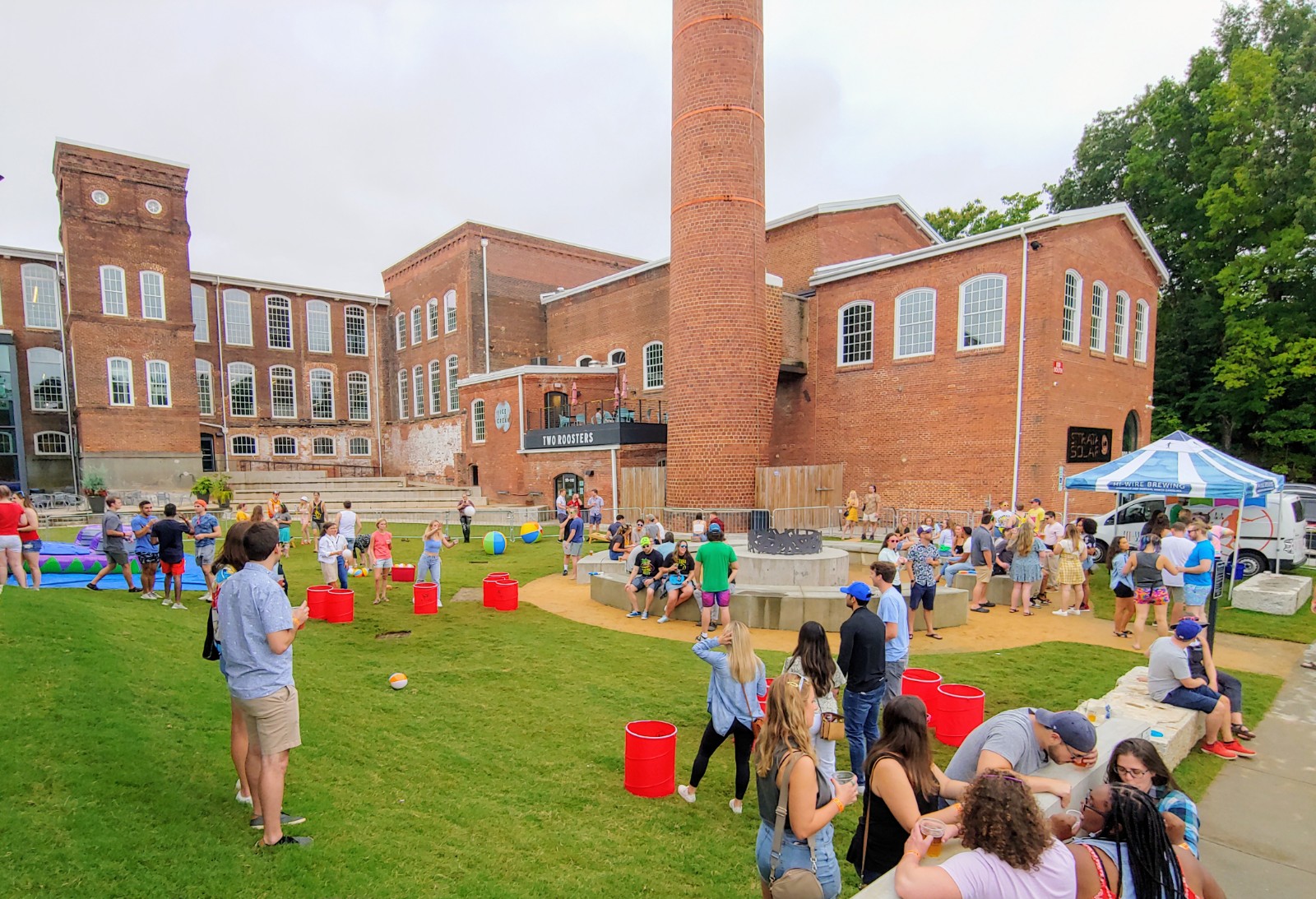 By the time we arrived at about 12:30, there was already a strong showing of attendees clad in neon and cut-off denim jorts. Many found seats at the covered tables, suggesting the rain had only recently stopped. But already people wandered to the open air and the Lager flowed. Already the tunes of DJ Chris Donato blared, pounding eardrums with banger after banger, like “Baby Got Back,” “Mmmbop” and “Return of the Mack.” 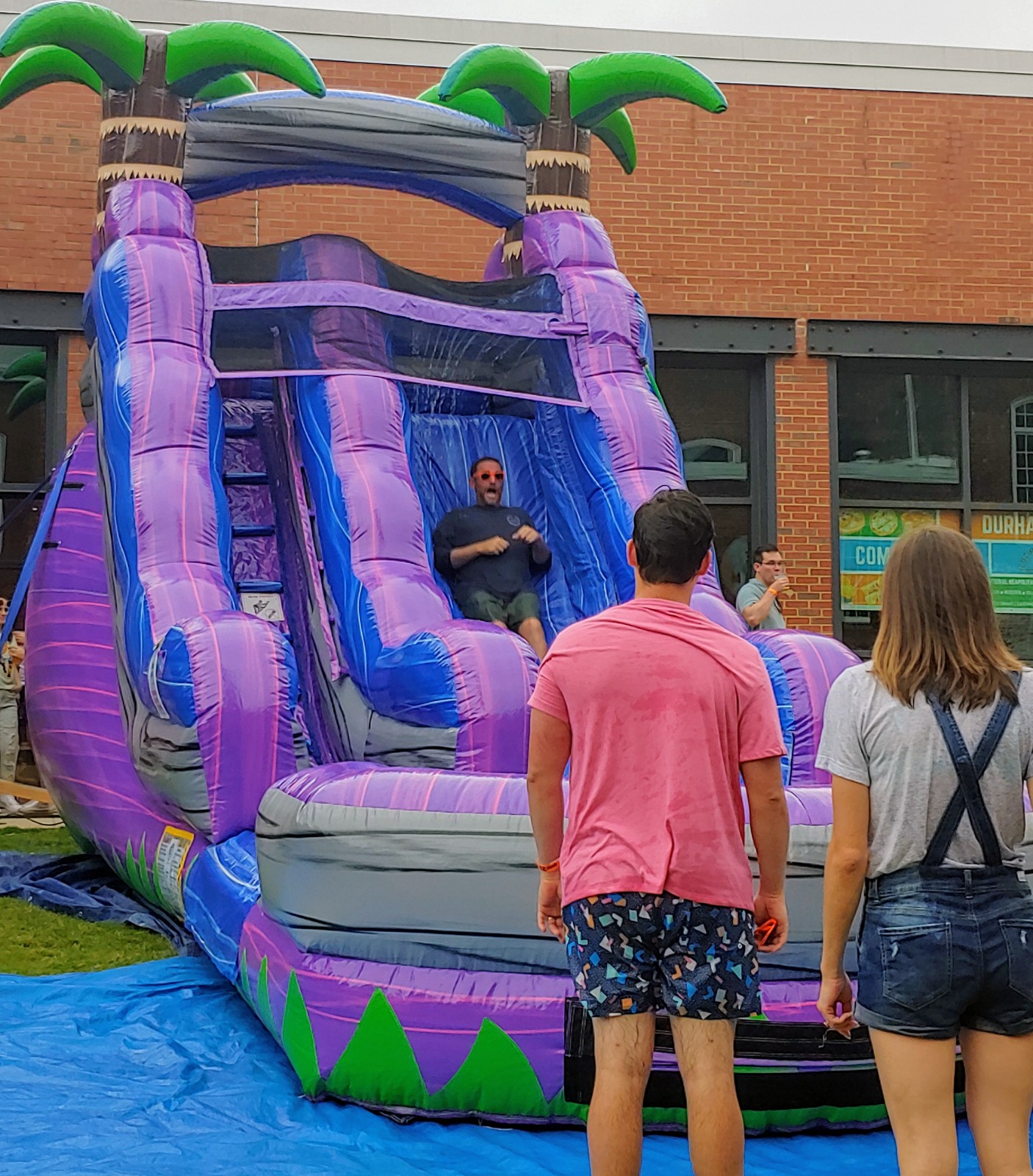 Games covered the outdoors and even some of the inside. Giant beer pong kept folks busy all day, along with three cornhole sets, a d(r)unk tank, squirt guns, big and little beach balls, an inflatable water slide and a costume contest. 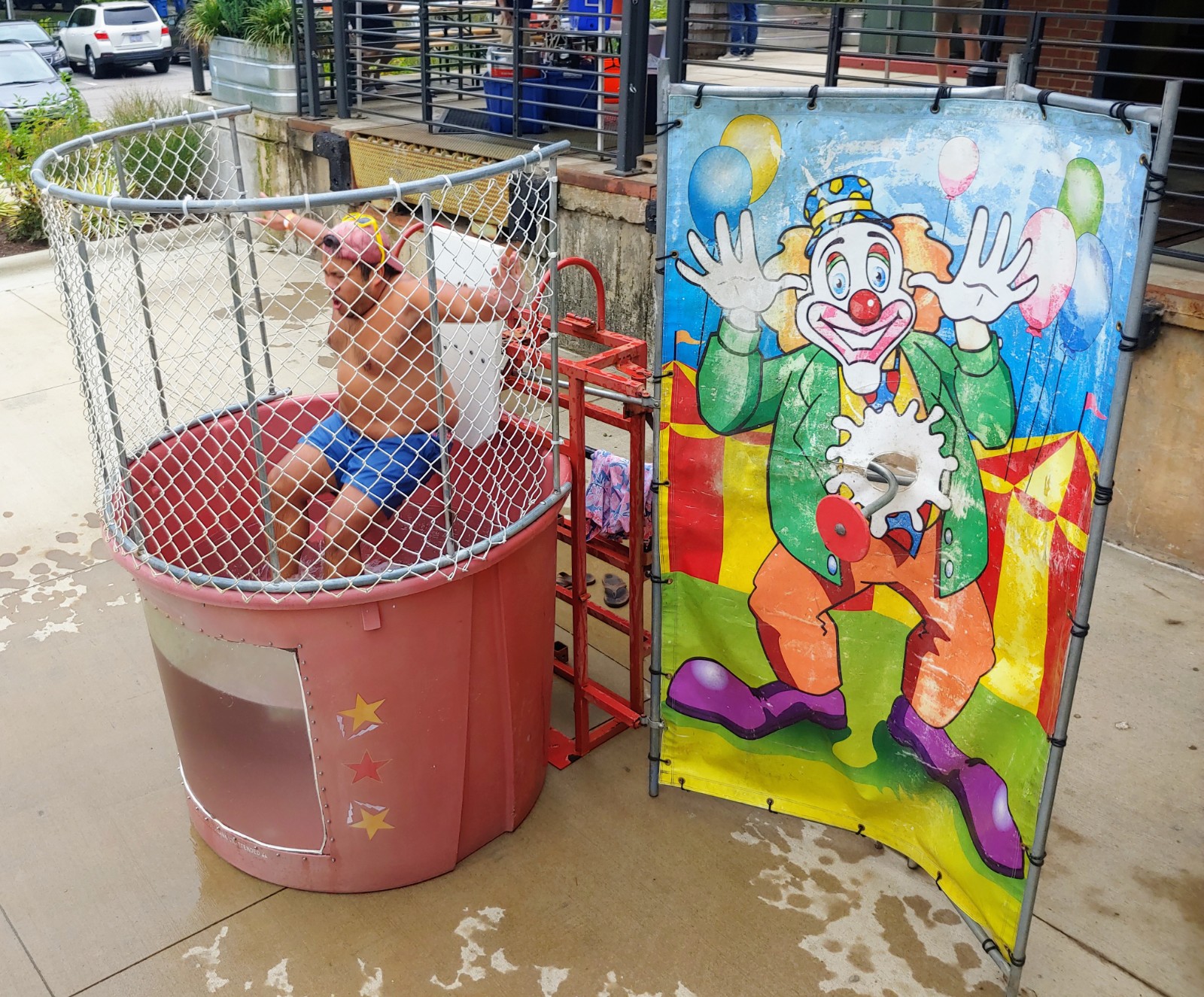 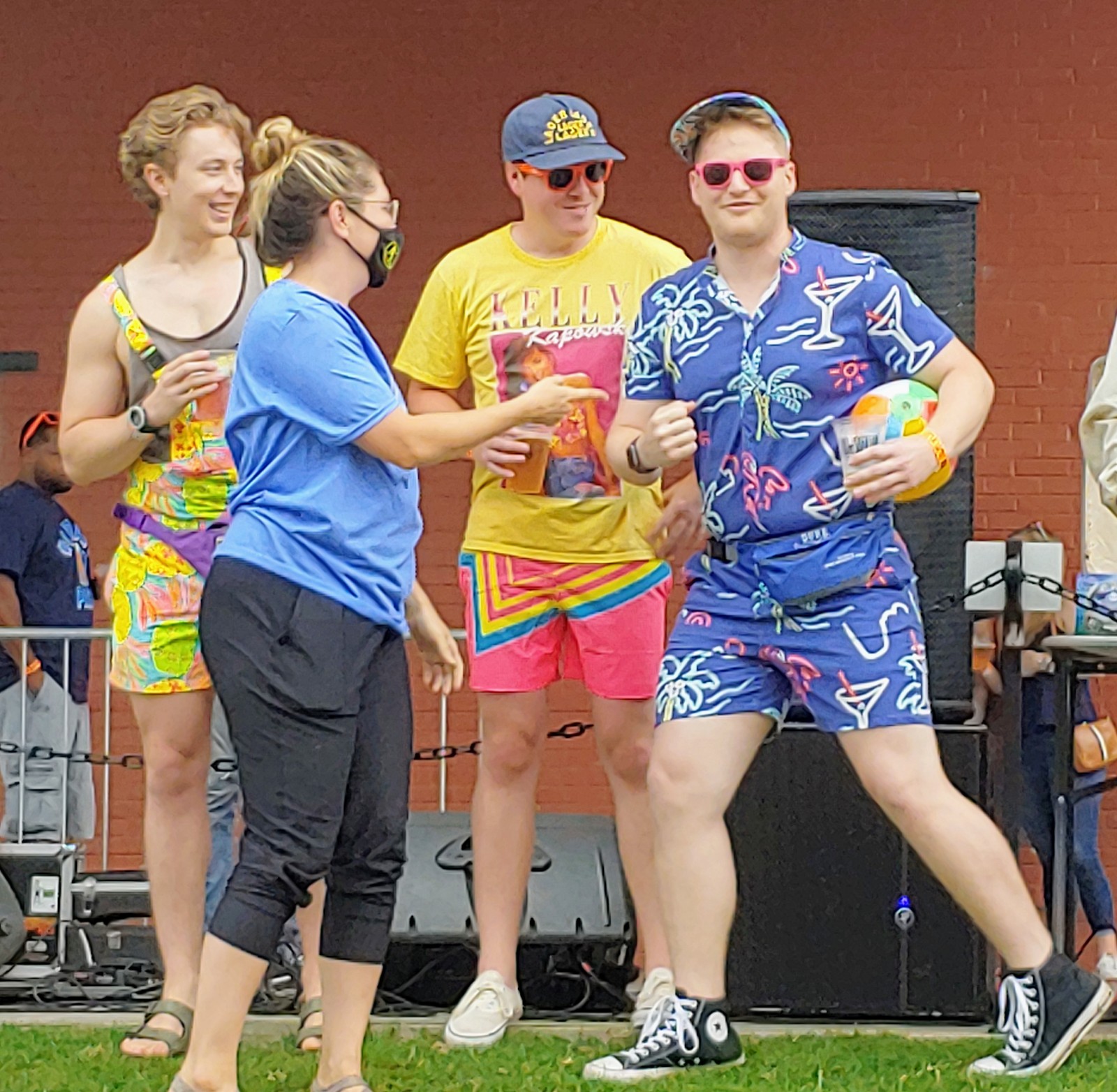 Choosing the best Lager was a bit more difficult. Of the 11 or so this reviewer sampled, the stand-outs were the Flying Machine Citra Dry-Hopped American Rice Lager and Hi-Wire’s own Honey Lager Brewed with Meadfoam Honey. Where the former was bright, floral and fresh, the latter was delicate, subtle and sweet.

Planning to eat from Succotash, we came hungry…which is a terrible idea when you’re food trucking, because you want to get everything. We ordered the eponymous succotash and the brisket sandwich. For dessert, we had the fried empanada with banana pudding, whipped cream and cinnamon. Yes, it was all as delicious as it sounds. 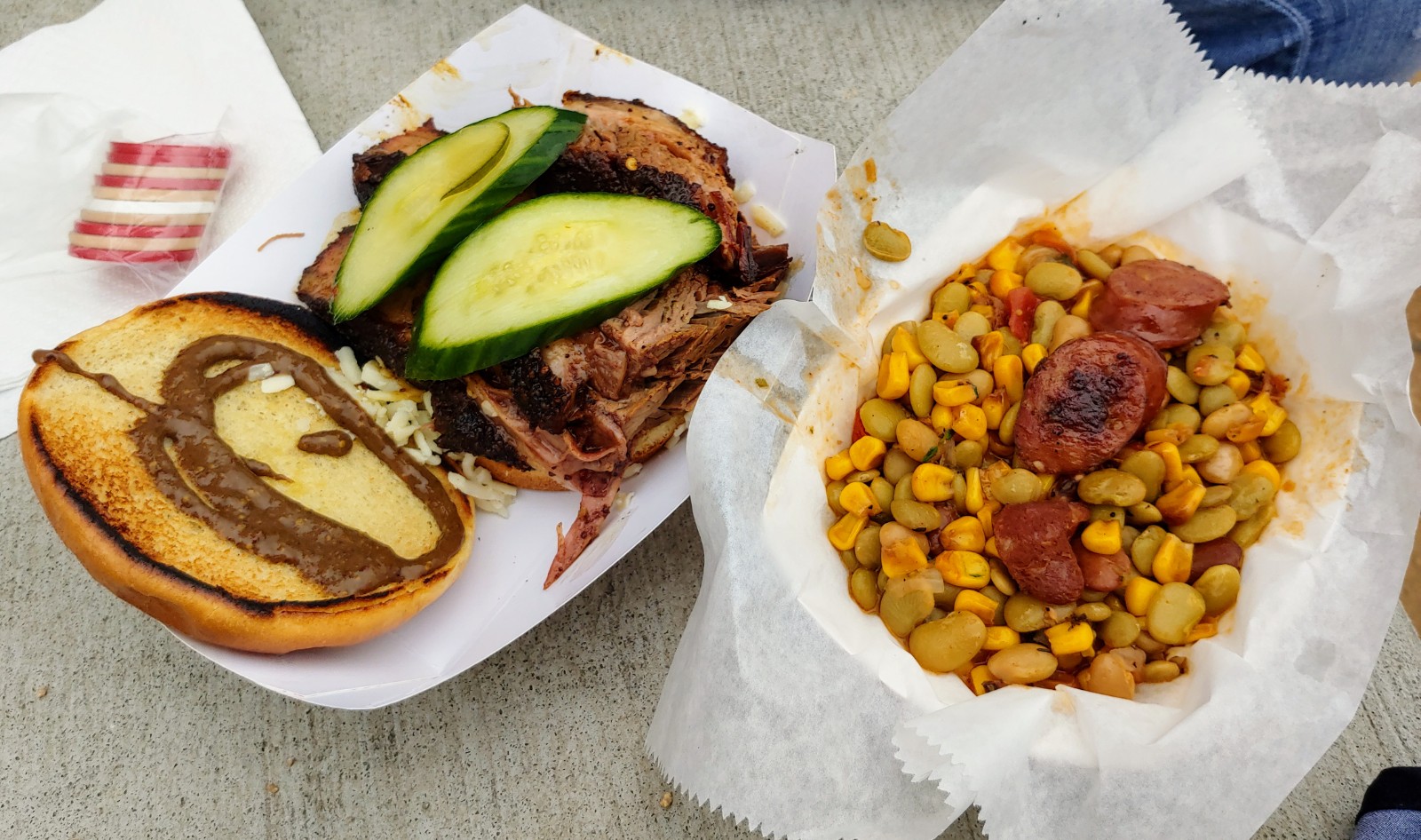 We managed to get pictures of our entrée and side, but dessert attracted so much attention that we gobbled it before we remembered the camera. All told, the “Feisty Southern Fusion” experience was a fresh take on classic southern dishes. Highly recommended, and a wonderful complement to all the Lagers.

The only downside of the event was the pour list didn’t have everything promised. Hi-Wire staff informed me not everything came in as anticipated. It’s hard to fault anyone for this kind of thing, but I was looking forward to the Oak-Fermented Lager. Maybe next time. 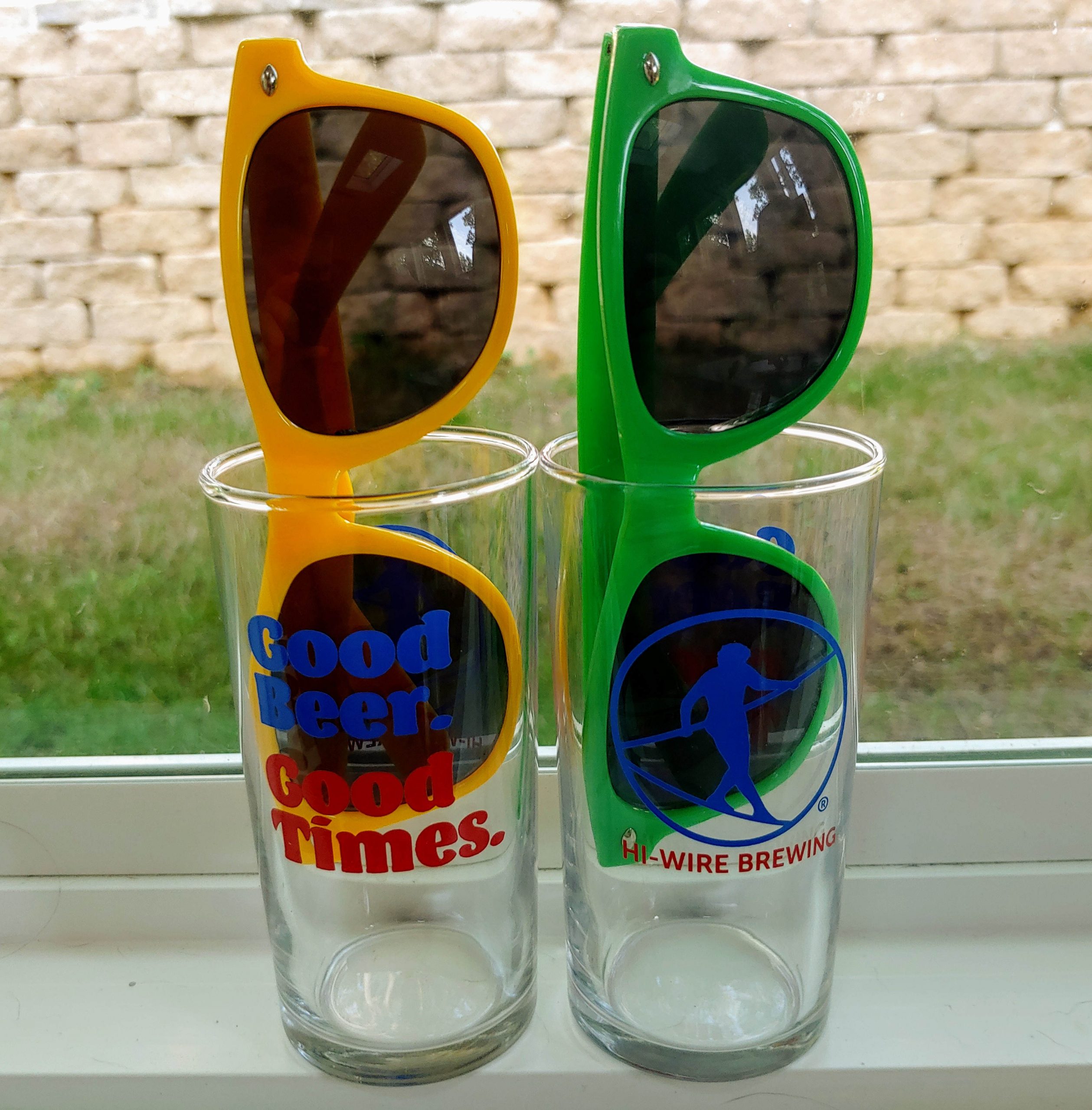 Soon enough, that was forgotten as Andrew Scotchie and the River Rats took the stage. They kept the party moving with live versions of other hits from the ‘90s. By that point, everyone was vibing. The atmosphere, the food, the beer–all of it was intoxicating. It was an afternoon of good-natured fun, with good people, good food, good beer and good times. 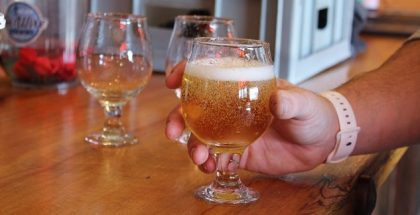 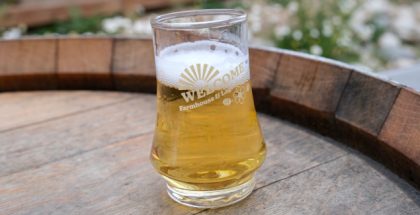