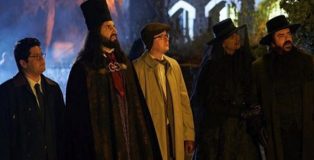 Recommending the television show What We Do in the Shadows has become a regular part of my conversations with people. Developed from the film of the same name, WWDITS is one of the best new comedy series to debut in recent years. Throwing the sophomore slump cliché out the window, the second and most recent season is absolutely hilarious, and earned an Outstanding Comedy Series Emmy nomination. They’ve somehow created a hilarious vampire television show that does not lean on shticks or gimmicks, and have developed characters who, despite killing humans, are sympathized with and cheered on.

END_OF_DOCUMENT_TOKEN_TO_BE_REPLACED 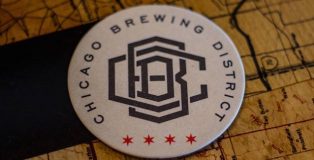 With more than 200 breweries within its city limits, Chicago’s brewery scene can be a bit overwhelming for newcomers or tourists visiting the city for a weekend. Thankfully, many breweries have started to take the guess work out of where to visit by joining together to create uniquely branded brewing “neighborhoods” that offer beer drinkers a structured map of several breweries in close proximity to each other. It’s more a branding play than anything, but it does help each brewery in the allotted “district” brand themselves as being part of the collective – adding extra appeal to those who want to make a day out of walking to several spots in one day. The breweries in the Ravenswood neighborhood were the first to pioneer the idea in Chicago, as the adeptly branded “Malt Row” offers drinkers a robust list of unique breweries and beer styles from the likes Dovetail, Begyle and Band of Bohemia, all located within a near mile radius. Now, Chicago’s quickly growing West Side is getting into the picture with the newly created “Chicago Brewing District,” which includes beer giant Goose Island, GABF-winner On Tour Brewing, large contact brewer Great Central Brewing Company, All Rise Brewing and Finch Beer.