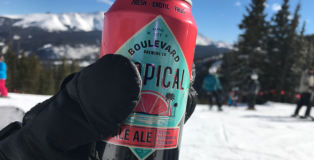 Major Colorado mountain resorts have been ramping up since serious snow showers started around the week of Thanksgiving, and now Metereologists at OpenSnow.com are predicting snow nearly every day for the first half of December. Ah, yes, the Colorado Rockies are finally getting a good base going after quite a warm fall, and our boards have been tuned, waxed and ready to go for months now. For snowboarders and skiers that are ready to hit the slopes: No matter how early in the morning you’re running out the door to beat I-70 traffic, don’t forget a reliable, refreshing 6er to round out your day!