END_OF_DOCUMENT_TOKEN_TO_BE_REPLACED

2017 will undoubtedly go down as the year of the tap room for Chicago craft beer. Big names that have become synonymous with beer in the city finally opened their doors to the public. Off Color Brewing, Metropolitan Brewing, Maplewood and Half Acre’s new production facility are just to name a handful of places you can now go drink where you couldn’t before. END_OF_DOCUMENT_TOKEN_TO_BE_REPLACED 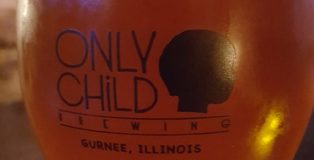 The Only Child Brewing story involves several unique chapters. Some sections are straightforward, yet compelling, such as mentioning the brewery’s ultra-hip, slick taproom or the brewery’s personable, enthusiastic staff. Of course, one can also talk about its beer that exemplifies the term, “artisanship.” However, other portions of the Only Child Brewing story are far more complex, including the nearly simultaneous, and tumultuous, birth of both the brewery and its owners’ newborn twins. The story may not be a fairy tale, but all signs point towards a happy ending.