Wild Woods Brewery is one of my new favorite places in Boulder. In my initial visits to the brewery, I was very impressed with their six core beers (check out the review). But when the opportunity presents itself, I must try the small batch options. In my most recent trip, both Erin and Jake brewed Pale Ales individually and each showcase a different single hop variety. I got to try both beers head-to-head and here are the results of Jake vs. Erin.

Jake’s pale ale follows a classic pale ale malt bill consisting of 2-row base malt, munich and crystal malts. For his single hop, he chose Nelson Sauvin hops from New Zealand. The beer pours a beautiful honey color with medium-high clarity. Aromas of stone fruit and sweet white wine are most present. The flavor of the beer showcases the Nelson Sauvin hops again, with a nice sweet white wine and subtle gooseberry flavors. There is a nice malty sweetness from the crystal malts that accentuates the hops in a wonderful balance. This was the first beer that I have had with just Nelson Sauvin, and man do I want to brew with it!

Erin’s pale ale differs from a traditional pale ale malt bill in that hers contains 20% rye malt. The color and pour is very similar to Jake’s and it was difficult to distinguish between the two based on appearance alone. Erin chose to use Sorachi Ace hops from Japan. The aroma of the beer consists of lemon rind with a hint of caramel sweetness. The flavor has a nice bready malt and rye character to it and finishes with subtle flavors of fresh dill. Erin’s beer finishes slightly more bitter than Jakes keeping the caramel malt flavors from lingering on the tongue.

All-in-all, both beers were great and its always fun to try beers with a single malt or single hop to really define your own perception of that ingredient. These beers are the difference between sweet and savory. I think Jake’s pale ale could be paired with a fruit tart for dessert. Erin’s on the other hand would make an excellent pork or lamb marinade or pairing to a main course. So you decide what you’re in the mood for. Savory or sweet? At this particular moment I was in the mood for sweet. Jake’s paired nicely with my sweet cribbage victory over a dear friend (with whom I have a fairly competitive relationship). Friendly competitions are the best kind, and I hope that Wild Woods continues to make ‘dueling’ small batch beers. Like them on Facebook to keep up to date on their small batch releases! 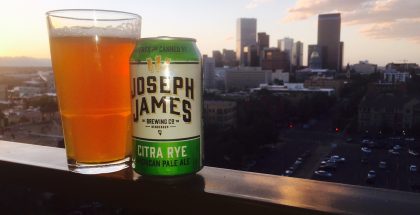 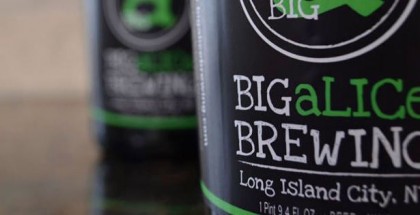