The season finale for HBO’s Game of Thrones is right around the corner, so what better way to send away some of the best (and worst) people on TV than an Ultimate (Robert Baratheon-sized) 6er? This is a big one, so take it easy or you’ll end up killed by a boar. 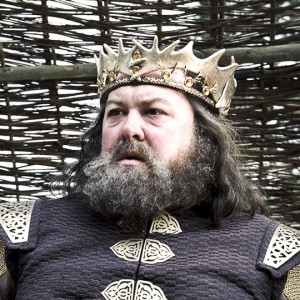 Robert Baratheon was a great knight. But he was a little too ridiculous to be a good king. He just never knew when to stop chasing girls, eating pork and drinking to focus on things like “man, my son looks just like his uncle” or “maybe I should actually govern from time to time.” So eventually, things turned tragic for him. I really admire Rogue Brewery and I have no reason to think that Voodoo’s donuts are anything but delicious, but Rogue’s Voodoo Bacon Maple Ale might have been a little too ridiculous to function in the real world. Making a bacon donut is already challenging enough and when liquified and beerified it’s just too much. This beer looks gross with one of the weirdest heads I have ever seen and although all the flavors are there they are just unbalanced, incoherent, and fake-tasting. It’s only fitting that King Robert was killed by what’s essentially a giant pig and the overwhelming smoke aftertaste of this beer kills any desire to keep drinking it. 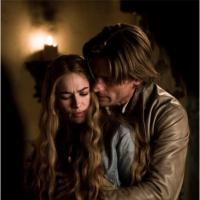 We all love Craft Beer, and I don’t think any writer on this website will try to convince you that spending Lannister-level money on beer is not a worthwhile investment. But rent won’t pay itself, amirite? So, seeing the price tag on Evil Twin’s beers is an experience similar to being little Bran Stark on the abandoned (but not really) tower. It’s just not something you completely understand or wanted to see. Once you get past that initial shock, there are some things to be treasured. In my opinion, Jaime has been one of season three’s highlights, developing into a much more complex character than the title of “Kingslayer” would suggest. I’ve recently had the same experience with Evil Twin’s Ryan and the Beaster Bunny, an aggressively boozy Farmhouse Ale that blossoms with eminently enjoyable spicy and fruity notes. As for Cersei, well, she’s still pretty awful so let’s just pair her with Evil Twin’s Soft DK and leave it at that. 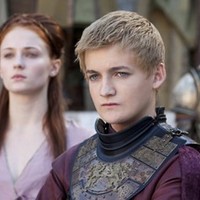 He’s just the worst. And so is Blue Moon and their Macro parent company that threatens the entire realm of Craft Beer. Just pure greed and evil on both sides and anyone that knows better just steers clear of them. While Blue Moon pretends it’s a Craft Beer, pretends it’s from San Diego or at least pretends to be San Diego’s finest, and pretends it tastes good, King Joffrey just pretends to have anything but evil in his heart. And yeah, I did just compare a beer to a man who arrowed a woman for fun, and you know what, I feel like I let them off easy. 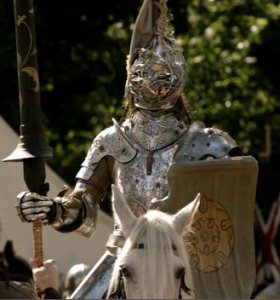 Loras, the Knight of Flowers, might seem like a very desirable bachelor at first. A talented knight who is young, handsome, and rich? What’s not to like? Smuttynose’s Bloom can be similarly attractive. A Belgium Pale Ale brewed with Edible Flowers? I was expecting a much more conventional BPA but with a bouquet alike a fresh American style IPA. Well, it turns out both of those are much better in theory. As Oleanna Tyrrel put it, Loras will always be much more interested in sword-playing than in the fairest maidens, and Bloom tastes like if you dumped the sweetest perfume you could find on a perfectly good beer. 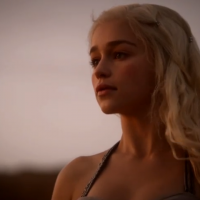 The mother of Dragons sure knows how to handle fire. I mean, that’s how she became the mother of dragons in the first place. If you aren’t convinced yet, there’s a perfectly charred slavetrader I would like to introduce you to. A lot of brewers play with fire, but they often come across as Aerys Targaryen, the Mad King, who just burned everything for fun. Night Shift’s Viva Habanera shows that, like Dany, they know how much fire is necessary to make a point without destroying your pallet. Viva is complex like the young Queen-to-be, with alternating notes of sweetness, zest, and spiciness. 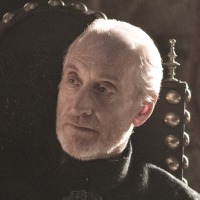 The best 1-2 punch in the business, ladies and gentleman! Whether you think of yourself as a Stark or a Targaryen, you have to respect old Tywin Lannister. It’s almost like he borrowed a page from Larry Legend’s book—worked on a new shot all throughout the offseason and came back better than ever. He’s not impressing anyone anymore by just bossing his children around, but is also now laying the smackdown on Oleanna Tyrell? That takes some serious skill, as does setting yourself apart in the most crowded category in craft beer, American Double/ Imperial IPA, like Russian River’s Pliny the Elder manages to do. 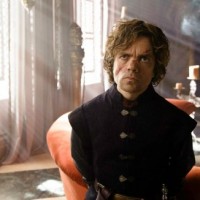 Much like the Elder Lannister, Pliny the Elder knows that restraint is the secret to success. It does not overwhelm your pallet with hops but it does not coddle you with citrus either. But as good as Tywin and PtE can be, their fresher, sweeter offspring steal the show. Like the extremely limited Pliny the Younger, every scene with Tyrion leaves you wanting more of his wit. So far he has proven to have just as good a strategical mind as his father, but he goes about his plans in a mellower, boozier way. 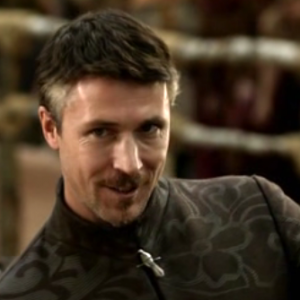 Remember when the kingdom of Craft Beer was all friendly and everybody got along and you thought that Summer would last forever? Well, eventually someone had to be kind of a sleazeball to try to get ahead. That’s how Littlefinger goes about his business, always working side deals in his rise up the ladder and not giving a care about the realm. I hope our friends over at West 6th don’t end up like Eddard Stark, but for the dirty trick Magic Hat tried to pull they’ve earned Littlefinger’s reputation.

The Brotherhood Without Banners – Mikkeller, the brewery without a brewery. 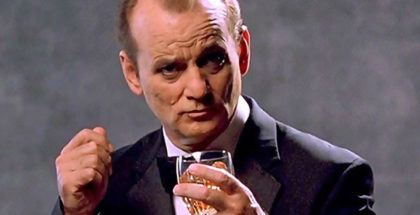 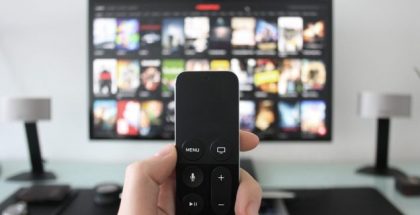