Our staff wanted to wish everyone a very Hoppy IPA Day by sharing their favorite IPAs in a special edition of the roundtable discussion.  Feel free to share your favorites in the comments section below.

Cory: Great Divide’sTitan IPA is my favorite IPA. Crisp and clean malts with big, citrusy hops make for a ‘sessionable’ IPA I can drink more than just one of.

Nick: The Alchemist Heady Topper – In an overcrowded and wildly popular beer style, The Alchemist remains head and shoulders over the majority of the competition with their flagship (and only, for the time being) beer, Heady Topper. Wonderfully aromatic, tremendously bitter with the right amount of hop juiciness and sticky pine resin, this one sticks to my taste buds and brain at the same time. The price is right too, at $12 per 4-pack of 16oz cans this scores on value, especially when stacked up against many of the other top tier DIPA’s like Pliny the Elder, Hopslam, Three Floyds Dreadnaught, Surly Abrasive, etc. I only wish you didn’t have to drive to Vermont to get some.

Erin R: Favorite IPAs, my most favorite subject! For me, it’s a toss-up. If I am feeling especially feisty, I will go with Resin from Sixpoint, as it packs in 103 IBUs for a serious hops experience. My everyday go to for IPAs has to be DC Brau Corruption for a crisper taste or Flying Dog Raging Bitch Belgian-Style IPA if I want something a bit more floral.

Gabe: Pliny the Topper and Heady Elder are my favorites. Honorable mentions to Slumbrew’s Snow Angel and Backlash’s Salute, of ever honored memory.

Doug: Cliche Hop-Head Response: Pliny the Elder from Russian River.  Someone had to say it 😉

Tristan: IPAs are also my favorite category of beer, and its the variety that got me really into craft.  Odell IPA changed my life, as well as New Belgium’s Ranger, though I wouldn’t suggest drinking an entire growler of Ranger solo, it doesn’t end well.  My current favorites include Zombie Dust by Three Floyds (technically an American Pale Ale but who’s counting), Elevation’s Anniversary 7437 which is a double IPA, and Avery’s Summers Day IPA (tap room only). 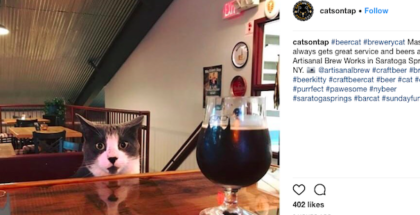 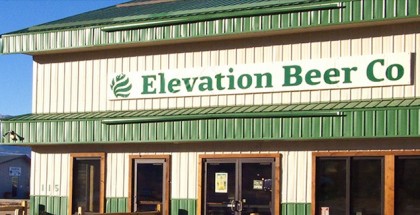