J.J. Abrams riddles the internet, a cavalcade of actor/actress project news, and two industry vets died this week. Oh, and huge Batman news. Let’s get right to it.

J.J. Abrams, transcendent being of mysterious mysteries that he is, kicked off this week in pop culture with a teaser trailer for his new project, “Stranger.” Take a look-see.

Here’s what the narrator says within:

“He arrived knowing nothing of himself. Who is he? Soon he will know. Because what begins at the water shall end there, and what ends there shall once more begin. This is what happens when men become lost. When men vanish, men are erased. And reborn.”

Since I traditionally go Sherlock Holmesian on any scrap of news Bad Robot squeaks out, allow me to tone it down a bit and hit you with some facts for this one.

J.J. Abrams/Bad Robot is connected to two upcoming TV shows (Believe, Almost Human), two video game adaptations (Portal, Half-Life), a Stephen King book, and a yet unproduced Rod Sterling script, but none of these seem to fit in with this teaser. Lost fans (myself included) immediately recognized the orchestral score of Michael Giacchino, the beach/water connections and the narrator mentioning “this is what happens when men become lost.” But that’s all just circumstantial, and no matter how loudly we scream “WE HAVE TO GO BAAACK,” chances of that wonderful show resurfacing, spin-off or otherwise, are beyond minuscule. The most likely answer is far less sexy. Unless you’re a librarian.

The most likely candidate is a new book by J.J. Abrams, set to come out this October. Titled only S., the only breadcrumbs left strewn across the internet were a postcard and a possible title page. 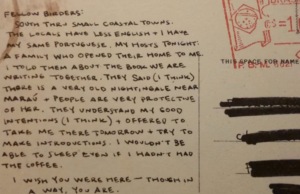 S. is rumored to have a multimedia element to it, which would explain the teaser in the first place. Don’t get me wrong, I enjoy reading books more than the average Joe, but when Bad Robot and J.J. are connected to so many incredible properties, it’s hard to get too excited about this one.

This week, news broke that Benedict Cumberbatch dropped out of Guillermo del Toro’s upcoming horror film, Crimson Peak. In response, 46.9% of young Hollywood decided, “Hey! I’ve got news too, look at meeeeee!” What followed was an avalanche of casting and project related news. I’ve sifted through the chaotic aftermath and compiled the following list to help soak up the ‘ooo’s, ‘ahhh’s and ‘whaaaat?’s:

-Bradley Cooper is in talks to play Lance Armstrong in an upcoming biopic. 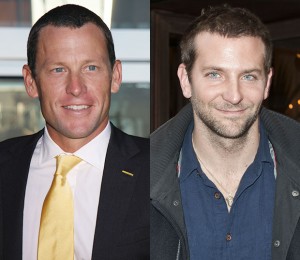 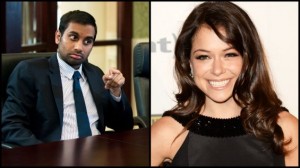 -Ricky Gevais plans to sign a record deal for his fiction character, David Brent (The Office UK), as well as his own full length movie.

-Battlestar Galactica and Riddick actress Katee Sackhoff is lobbying to play Harley Quinn in, well, any movie that’d have her. 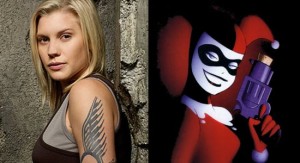 -Elizabeth Olsen is up for the role of Scarlet Witch in The Avengers: Age of Ultron. 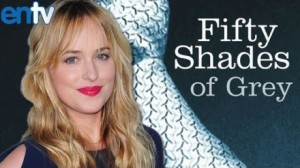 -Breaking Bad’s Jonathan Banks is going to be a professor on Community this season. 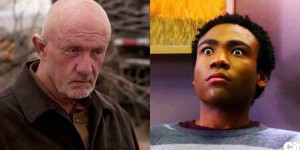 -Ryan Reynolds is set to produce a “Louie-like” comedy for FX. 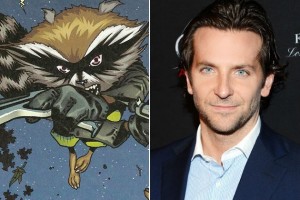 If you hadn’t noticed this article’s bare-bones aesthetic and a lack of lol’s, it’s because two entertainment industry veterans died this week. Also, it’s dark and rainy and cold outside whilst I scribe. So, you know. Clown tears.

Lee Thompson Young, aka Jett Jackson, reportedly took his own life early Monday morning. Young became famous during his childhood role on Disney’s The Famous Jett Jackson. Throughout the years, he starred in the likes of Johnny Tsunami, Friday Night Lights, Terminator: The Sarah Connor Chronicles, Scrubs, Smallville, FlashForward, and most recently on Rizzoli & Isles. He was 29.

The day after, Elmore Leonard, novelist and screenwriter behind Get Shorty, 3:10 to Yuma and FX’s Justified, died from a stroke. Leonard was the pioneer of a new Western era, and without him we wouldn’t have the incredibly enigmatic U.S. Marshal Raylan Givens to delight us on Justified, one of the best shows on television. He was 87.

Death comes stranger than fiction in entertainment. We expect artists to live forever on the pages and screens that’ve captured them, saved eternally to elicit emotional responses from an ever changing audience. But when they die, it’s more than their lives they take with them: it’s potential. It’s possibility. As an audience, it’s hard to grasp what new things were forever left unexperienced had Heath Ledger not taken sleeping pills, had Kurt Cobain abstained, had Bruce Lee known he was allergic to a muscle relaxant. But no matter the artist, large or small, the world loses something extra when they leave. It’s cruel and unfair that we expect so much, but the only thing immune from death is creation. Entertainment. Art. Godspeed, Lee Thompson Young. Thanks for the stories, Elmore Leonard.

This is sad. Dark, is what it is. But, dear reader, I’ve heard tell that the night is always darkest before the dawn, and surely, the dawn is coming. Right now, we need a watchful protector. A silent guardian. A dark kn-What’s this? Breaking superhero news late Thursday night?! BEN AFFLECK IS GOING TO BE THE NEXT BATMAN! (Everyone’s reaction)

Love him or hate him, Ben Affleck will don the cape and cowl in Zack Snyder’s Batman/Superman sequel to Man of Steel. Before too much hate begins, it’s important to take a few things into consideration: Daredevil tanked because it was plagued by studio mishaps and interference, Pearl Harbor sucked because Michael Bay is a monster, and Gigli was bad because…let’s not talk about Gigli.

The point is, Ben Affleck isn’t the punchline he used to be. He’s fresh off a fantastic Oscar run, he’s a seasoned director who understands what makes a film great, and he’s toned his acting chops considerably with the likes of Hollywoodland, The Town, and Argo. As an avid Batman reader, watcher, and voice-mocker, I believe in him. Ben Affleck has what it takes. 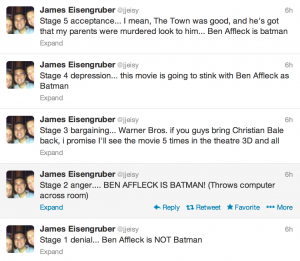 To wrap up, here’re some news that didn’t quite make the starting team this week: Crouching Tiger Hidden Dragon and Act of Valor are getting sequels, upcoming video game Watchdogs is getting its own movie, Rambo is moving to television and Jon Snow knows how to get dem abs. 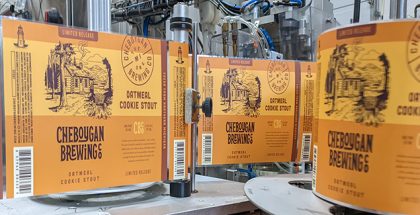 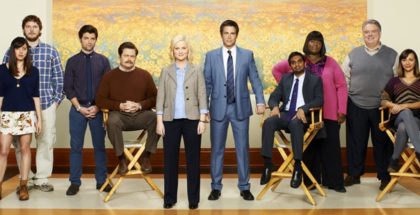