What do New Glarus, The Bruery, Three Floyds, Sun King, Surly, Bells, Destihl, The Lost Abbey, Cigar City, Funky Buddha, and New Holland all have in common?  Aside being a tremendous lineup of breweries in their own right, they also served as one of the most ridiculous 20 minute murderer’s row starts to a Great American Beer Festival I’ve ever encountered.

After a relatively exploratory first Thursday night at the festival, my fellow PD editor, Gabe Bastos and I decided to run the gauntlet of phenomenal breweries before our fellow festival goers were scheduled to meet up with us in the hall. What we tasted in those first 20 minutes could go down in the annals of festival lore.

While I don’t yet consider myself a GABF expert compared to some of my fellow beer writers, it being my third year in a row in attendance, I’ve come to understand that each year brings a different personality to each festival goer.

During my first year, while attending as a volunteer, I spent much of the first half of the night getting over the initial awestruck kid-in-a-candy-shop daze. It’s a common inescapable feeling freshmen attendees get when being introduced to over 3000 beers begging to be sampled. That first year was spent clinging to the comfortable names like New Belgium, Avery, and my hometown favorite Kentucky Ale Bourbon Barrel. When we did venture off to the unknown, we were often met with disappointment. You wouldn’t think that bad beers would find a way into the hall, but alas they do.

Last year, we received our first media pass in spite of PorchDrinking only being “a thing” for less than two and a half months. It was there that we began really geeking out meeting industry celebrities like DogFish Head’s Sam Calagione, Brooklyn’s Garret Oliver, and craft beer’s Godfather, Charlie Papazian.

This year it was all about finding the next wave of truly outstanding breweries, while also paying homage to those members of the old guard. It’s these industry titans who began the craft beer movement and who haven’t quit pushing the boundaries on outstanding beer.

It was also at this year’s festival that I fully came to realize that there are two distinct, though not always exclusive approaches to brewing great beer. The first method is brewing to style. These can be represented by the Devils Backbones, the Figueroa Mountains, Beachwood BBQ’s that win awards in droves, but may still remain relatively unknown to the non-fanatical craft beer goer. The second method is brewing outside the box. These are the Stones, the DogFish Heads, the Avery’s who are pushing the palate envelops past the style guidelines set by BJCP judging.  There are cases where those two camps intersect, case in point, Firestone Walker’s resounding success in medaling this year, while also producing big complex beers like Parabola, Sucaba and Velvet Merkin.

While decidedly different, these two camps are both helping to drive the growth of the craft beer industry. They help to introduce novice and sometimes tepid beer drinkers to a solid foundation with stylistically sound brews, and also placate the thirst of the diehards with a beerlust for hop forward, bourbon laced or brett-induced gems.

But enough beer theory, at it’s core, GABF is still all about the beer and while I could wax poetic for days on the intricacies of the beer industry, I’d rather just rattle off the highlights.

The Fantasy Brewery Draft– inspired by our general fanaticism for Fantasy Football and our interest in bringing beer writers together for something cool, we hosted the inaugural Fantasy Brewery Draft.  Tune in tomorrow for the final results of the draft. All I can say is that I’ll be repping Devils Backbone, Figueroa Mountain, and my sleepers City Star for a long long time.

Mountain Sun Brewer’s Dinner– I’ve made the mistake of slamming too many high ABV phenomenal beers all week before the fest even started in previous years, so this year when we were invited to Vine St’s Brewer’s Dinner, I jumped at the calmer, offer. What resulted was a 6 course pairing with phenomenal beers that Director of Brewing Operations John Fiorilli masterfully unleashed (many for the first time). Courses included the likes of a plate of pickled beets, peppers and lemon cucumbers, a charcuterie plate that would make vegetarians question their whole meaning of existence, and a beef cheek dish that rocked my world. And while it wasn’t like slamming 50/50 Bourbon Barrel Eclipses at Falling Rock like last year, it was definitely a better option with enough beer to satisfy. This is one event I will return for on a yearly basis.

The new revelations– We tweeted about it all weekend long, but Funky Buddha, Funky Buddha, Funking Freaking Buddha!  Funky Buddha Brewery out of Oakland Park, Florida made a statement that Florida no longer solely belongs to Cigar City.  They brought the house with revelations like Maple Bacon Coffee Porter which supplanted KBS as my favorite breakfast beer. Also fantastic were their No Crust and Last Snow.

Other breweries we had to revisit multiple times included Destihl who brought four sours, all of which could only rival each other.  Gigantic’s Massive brought our staff members to happy tears, and 512’s showing last year with their Whiskey Barrel Double Pecan Porter didn’t disappoint this year either.  Logsdon Farmhouse Ales’ Seizon Bretta was fantastic, as was New Holland’s sour offering, Incorrigible, which I had to return to during all three sessions.

Half Acre’s tap room only, Space IPA was phenomenal and is cause alone for me to plan another trip back to Chicago. Following the hop route, Ninkasi’s Total Crystalation IPA brought the best dry hopped beer I tried all weekend.

AC Golden’s American Wild made Gabe feel guilty about liking a beer affiliated with Coors Brewing Co. and for good reason, it was a phenomenal sour.

Great South Bay’s Blood Orange was a tremendous surprise, Golden Road’s Mildly Handsome was one of my favorite coffee beers of the weekend and Lumberyard’s IPA instantly became one of my favorite classic IPAs. One brewery that I expect to keep growing in both size and success was Real Ale out of Texas.

From the big guys, New Belgium’s Y’s Leopold and La Folie brought a classic Fort Collins style sour swooning, and Avery’s Thensaurum induced the same sour fervor.  I finally tasted the glory that was The Bruery’s Chocolate Rain and it lived up to it’s hype (it was also the longest line of the weekend). However the two over all favorites of the weekend were Cigar City’s Hunahpu Imperial Stout and New Glarus’ Serendipity, two radically different beers which both stood out above the rest.

Regions that are winning big- Oregon, California, Colorado, and Texas all won serious hardware during this year’s awards fest.

Meeting Greg Koch- Weird things always happen during GABF.  This year we were given the opportunity to interview Stone Brewing’s Founder and CEO Greg Koch.  We’ll be posting video of that interview in the next few weeks but it was truly one of the coolest things we’ve gotten to do in our site’s existence.

Alas, while each year the festival is distinctly different, a few things remain classically the same, it’s the best reason to bring together friends new and old, it’s absolutely unequivocally one of the best events to attend while it’s happening and then you’ll not want to drink for a month afterwards.  If I don’t write any beer reviews for the next few weeks… you’ll know why. Until the hiatus ends, cheers!

Welcome to the InterNEAT! Volume 7 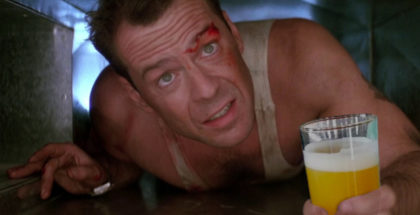 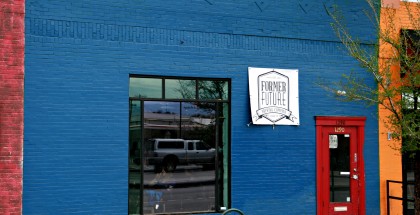