Although TBK (The Brew Kettle) has been around since 1995, many of you may have not had the privilege of experiencing the brews that this place produces. Located in Strongsville Ohio, TBK has been one of my go to breweries any time I make it up to the Cleveland area to visit my Fiancée. Maybe, just maybe my mind is being tricked by my overall feelings of euphoria of seeing my girl, but I don’t think my taste buds would try to pull one on me as well.

White Rajah could mean different things to different people, but to me it is simply a beer that I love and adore. Maybe one day I will pick up a copy of “The White Rajah” by Nicholas Monsarrat, or peruse thru a copy of “The White Rajah” by Tom Williams, but for now I think I’ll just stick to the beer. Nothing against this books, but I just don’t see them giving me the same joy as TBK’s, White Rajah is capable of each and every time I am able to down a glass of this beer – yes it’s that good. 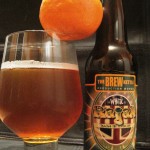 A few days ago, a friend and I were trying to decipher what the creature was that’s featured on TBK’s bottle caps. Upon doing some further investigation, I found out that this same critter makes creative appearances on several of their other bottles as well. Could it be a fury badger, maybe a buck toothed beaver, a cute little porcupine, possibly a plump groundhog, or possibly of some other made up creature? Possibly it is a badger? – just a guess but I did find some information to support it. According to Wikipedia, there was a group of people called the White Rajahs. They ruled the Kingdom of Sarawak. On their emblem it had a yellow shield with a red and black cross, and on the top of this shield was a badger. Coincidental maybe, but I’ll leave this topic upon for discussion. And yes, I did get to the bottom of this….and no, it does not tell you on their website.

Now, let’s discuss the White Rajah that this article is truly about. At 6.8% – this IPA is the perfect ABV for my liking. It is strong enough to give it some backbone, but drinkable enough to allow you to say, “I’ll have another”. As a result it has become one of those go-to IPA’s that never ceases to amaze my olfactory and gustatory systems. Poured into a sniffer, this beer has a wonderful golden copper hue. The smell of this beer is nothing short of heaven. On the nose there are loads of tropical fruits – some grapefruit of course, with a sweet and juicy pineapple, a touch of mango, and a twist of citrus with a mild barnyard whiff in the background. It has a taste as good as it smells,  with a mild bitterness on the tongue, some grass on the back end, and a handful of tropical goodness throughout. Typically, I prefer stouts and porters at this time of the year, but since I picked up a 6 pack of this and had some chicken stir fry to gobble down – this beer was the perfect fit. On a finishing note, if you ever get the chance to find this beer unfiltered on draft, grab ya a glass and then repeat!!

Getting Insight into the Brut IPA Trend December 6, 2018 | Jordan Palmer 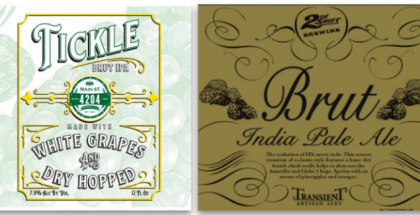 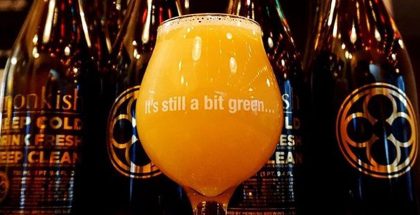