Spoiler Alert! Do not read this post if you haven’t watched the HIMYM series finale.

I just don’t know what to think. I came in with just two things in mind last night as I was knotting my ducky tie, wishing I had a tall glass of tantrum preparing for the HIMYM series finale. 1) Enjoy the episode, because in the end it was all about the entire journey. 2) Just don’t let Ted end up with Robin.

Unlike most diehards, who went straight to social media blasting that final episode, I wanted to be sure to take time and process. After discussing with a few friends, we all came to the general consensus that we’re just torn and here’s why.

For 9 years we were led to believe that this story was like many stories of our own, about Ted Mosby who was just searching for the love of his life. Sure from the initial episode we were introduced to Robin Scherbatsky who at the time seemed like the obvious answer to Ted’s romantic riddle. But immediately it was established that she was always referred to as Aunt Robin and while we saw Ted and Robin fall in and out of love a couple times we knew it would and should never be.

That belief was reinforced when the show introduced the obvious pairing of Robin and Barney. They both loved scotch, cigars, and authentically each other. After almost seven seasons of Barney hilariously whoring himself out to a cavalcade of women, he had finally grown up and met the one. Even in that penultimate episode, when he wavered leading up to wedding, he found redemption in Robin, just as Ted found redemption in letting the false hope of Robin go. This was a huge maturation moment for Barney and Ted, whose characters both had remained relatively flat throughout the series.

Barney and Robin separating tore down the nine seasons it took for Barney to reach redemption. Sure you can throw in fatherhood, the vow he makes to his newborn daughter as a forced cop out happy ending to his story, but who’s to say he doesn’t turn back on that promise as well?

The separation of course was necessary to make way for Ted and Robin to reunite, which as it turns out, was the whole impetus behind the “How I Met Your Mother” story time with his kids. If we’re going to continue along the mindset of “This is what the fairytale ending should have looked like,” then give the fans the ending they’ve been patiently waiting for, Ted ends up with, and only with, Tracy McConnell (the mother).

Now the reason I’m torn. I wanted to put faith into Carter Bays and Craig Thomas because they’ve managed to allow me to enjoy the journey, as I’ve said multiple times. See, this show thrived off its ability to capture both the hilarious, and also realistically sometimes tragic, elements of life in your late 20’s – mid 30’s. My favorite episode is still “Bad News,” when Lilly breaks it to Marshall that his father had passed away. It was brilliant how, throughout the episode, subtle numerical hints were laced counting down to Marvin’s passing, and even more brilliant was the scene where Lilly finally breaks the news.

I get that Bays and Thomas wanted to make this final episode once again capture the realities of heartbreak (the mother dying, and Robin and Barney’s separation), awkwardness (being around an ex is never the same), and the erosion of friendship over time (in this gang never being the same). But honestly, it felt cheapened by having all of this being crammed into an hour long broadcast (yes I know they were technically two separate episodes) after a full season revolving around one weekend, and nine seasons arriving up to that point. Instead of a light hearted trip down memory lane filled with cameos, inside jokes and gimmicks, and the ending we all wanted, it became a continual wave of depressing moments until it just no longer mattered any more.

But ultimately, I would argue, that while it’s great to introduce real life pain, sadness, and growth into television, in the end, television, as it was always meant to be, and sitcoms in particular, exist to serve as an escape. Sitcoms are meant to serve as one of the last vestiges of hope, where characters that we’ve so emotionally invested in over nearly a decade may occasionally stumble, but ultimately find peace. Because while we may not always pull through, these fictional characters can, and for 30 minutes to an hour remind us, fool us, or inspire us into believing that we can make it too.  We want the realism during the journey, but we want the fairytale in the finale. Otherwise, you just feel like this:

Don’t get me wrong, I still love this show in its entirety. It’s become one of those shows like Seinfeld or Scrubs, where you can catch a random re-run at any point in time and enjoy it with a nostalgic eye and careless gaze. But the HIMYM Series Finale won’t make me go back and re-watch the entire saga chronologically because, sadly, I no longer share that same emotional tie to these characters. 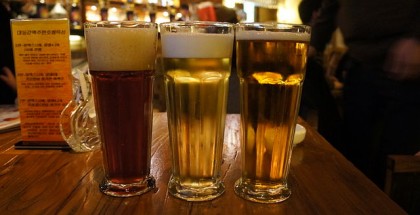 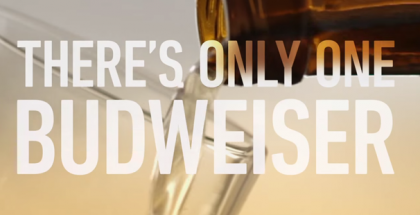