I won’t lie. I’ve been intimidated by this beer since I bought it. I love oysters and I love beer… but did that mean I’d love a beer brewed with oysters? As intrigued as I’ve been with the concept of putting animals in the mash since I read about Cock Ale in “The Joy of Homebrewing,” I was a bit surprised at my trepidation. I worked up my courage throughout the day and eventually cracked my 22.

The pour was dark, with a deep brownish tan head which surprisingly vanished in an instant. I didn’t pick up oyster on the nose, but I suppose a good oyster won’t have much smell. So I dove in for a drink and was again surprised. Roasted malt with a backing of salty brine, cut with a strong acidic tartness. The salt and sour combine to create a flavor of a heavily doctored oyster with a substantial dose of mignonette. Kind of reminded me of the first time I ate an oyster. I expected this heavy flavor and maybe went a bit heavy on the condiments, only to discover they are quite a bit lighter than I thought.

As I drink on, I start losing the saltiness altogether and it kind of devolves into just sourness.  The bottle made no mention of this beer being a sour, but it’s a small brewery that produces a lot of sours so maybe some wires got crossed somewhere or maybe it was intentional. And here’s your marketing lesson kids.  If they had called this a “dark oyster sour” or even just “sour” I probably could have stayed on board; it’s not a bad beer per se but it wasn’t what I was expecting. I suppose in fairness you can see from my opening line, I was expecting a lot. The good news is the pieces are there and I’m excited to dig into some of Epic Ale’s actual sours, because I have a feeling they’ll be very nice.

Unfortunately, now I just want to go order a dozen on the half shell somewhere with a pint of honest stout. 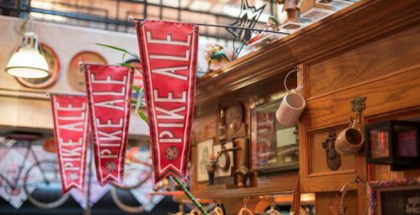 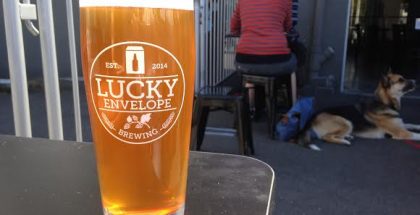