“Perhaps one of space’s great mysteries is why so many of its explorers hail from Ohio. In honor of the 25 courageous astronauts who have called Ohio their terrestrial home, and the nine Ohio men and women who’ve logged hours walking in space, we present this adventurous brew.”

This is indeed an adventurous brew from Great Lakes that mixes the best of two worlds (or at least two different parts of our one world): the bite of an American pale ale with Belgian yeasts that many from our fair land have come to adore with a cultish fervency.

The smell is reminiscent of orange peel, harkening to something like Blue Moon, but tastier. It is basically a more pungent Belgian beer with a hazy pour, a hue of pale orange. I recommend using a glass similar to the one in the above image. There is a decent amount of head when you pour, though that does not last for long.

The taste is quite complex. There is a sharp, citrusy start that borderlines on the sweet. As you plunge deeper toward the bottom of the glass, you notice the nuances of the quintessential Belgian ale, a touch sweeter than others but not too overpowering. Mixed in is the hoppiness one comes to expect from the typical pale ale. I appreciate the bitter undertones that remain instead of a cloying sweetness that can sometimes overwhelm the palate. The hybrid works well. In my opinion, it is another wonderful tipple for the late summer months, so its early July appearance enhances the versatility of Great Lakes’ seasonal releases.

Spacewalker American Belgo is a limited-time affair, but I did see six-packs at the store on Jul. 25 (Christmas in July!), so if you find it, snatch it up before it skyrockets away!

Sports | The Fall of Tiger 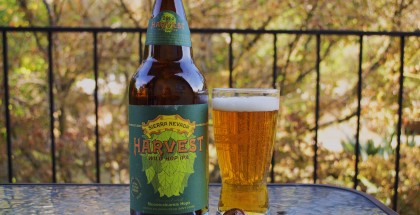