Summer isn’t quite over yet, and it’s still the tail end of August, but pumpkin beers already began appearing in stores as early as the middle July. I’ll be expounding more on this alarming trend over the next week, but regardless, today’s announcement is a big one.

Sources close to PD have revealed that Southern Tier Brewing Company out of Lakewood, NY will be distributing their ever popular fall seasonals Pumking and Warlock in select stores as early as the end of THIS week.

Pumking, an imperial pumpkin ale, has been heralded by many east-coast beer fanatics as one of the preeminent pumpkin beers on the market. This 8.6% ABV pumpkin beer boasts strong pumpkin flavors and the notorious fall flavors of cloves, cinnamon, vanilla and nutmeg.

Warlock, an imperial pumpkin stout, weighs in slightly sweeter than its counter part focuses more on the roasted coffee, chocolate-y flavors as opposed to the fall spices which are more prevalent in Pumking.

We have since contacted Southern Tier who has confirmed that the two fall seasonals will be arriving in Colorado this week but the New York brewery has no further plans of distributing their other beers in the area in the near future.

Pumking and Warlock have been confirmed at: 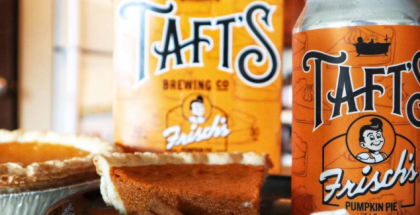