On Saturday, Sept. 27, 2014, about 400 of us runners and walkers were up ridiculously early to run for beer. Everyone corralled in front of Red Hare Brewing, just north of Atlanta. The radar in the newscast that morning didn’t show rain, but a constant mist seemed to center itself over the neighborhood and the race course.

If you’re a runner, or lucky enough to live with one, you know we have our rituals, like specific pre-race dinners or lucky race day shorts. After a recent race near my hometown in Ohio, I triumphantly declared I’d only race in my native Buckeye state, where the courses are flat and PRs (personal records) are abundant.

But after the Red Hare Chase, I have a new declaration: Run every race at a brewery. First, that means I no longer have to worry about what type of beer would be served at the post-party (Yes, I worry about these things. I’m ridiculous). Second, knowing fresh-from-the-source craft beer is waiting at a finish line is quite a motivational factor.

Red Hare Chase organizers threw in extra incentive for the speedy. If runners beat pre-chosen “hares” — a female and male runner who would be running at an 8-minute-mile pace — those runners had the chance to drink from a one-off cask of Red Hare’s Long Day Lager, spiced with orange and vanilla.

Another bonus of running a race at a brewery: socially acceptable early morning drinking. Where else, besides Bonaroo or Mardi Gras, is it okay — encouraged, even — to have a beer in your hand at 8:30 a.m.?

About 400 other runners and walkers agreed with me. They could have been at home, dry, and snuggled up with a PSL and an iPad. Instead, we ran for beer, in the rain. And we had a blast.

The Glass Is Life | GABF Bottles to Try 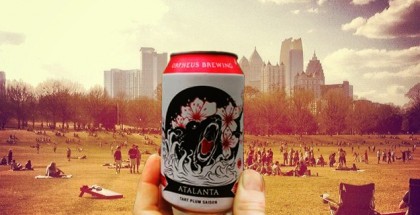 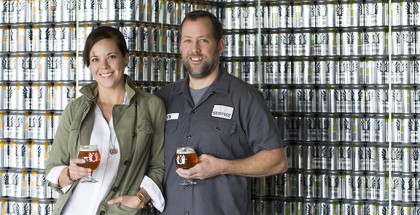