Day 1 of the Great American Beer Festival is in the books. Many beers were consumed to bring you this recap, pretzel crumbs still being brushed off my clothes, and my oh my the crops that were dusted will surely yield a healthy harvest.

But my friends this is no time for jokes! Its time to summon any inch of sobriety still left in you to prepare for Day 2. In doing so I bring yo a few of or favorite finds from last night.

Everything- If you’re a fan of sours, hit up Destihl for their full lineup. But give St. Dekkera Citrus a try.

Again all sours everything. This brewery out of Reno, NV came out the gate swinging. Their entire lineup of barrel aged beers did not disappoint. Be sure to try the Plum Lambic, 1904 and Quadrophobia.

Continuing the sour theme, The Rare Barrel is killing it and they brought the house w/ Cosmic Dust and Forces Unknown

Serendipity will always be one of my favorites, but their Brown Peach continues to prove how fantastic this brewery truly is

Last Snow- Bliss in your mouth, trust me this beer is worth the wait.

Admittedly I was a bit skeptical about Three Weavers, when we called a month or two ago to find out what they would be pouring at their booth, they were’t even sure their beer would be ready in time. But they absolutely were. Coming from a strong background in brewing previously at Kenetic Brewing, where she won two medals at last years GABF and before that at Moylans and Sierra Nevada, brewmaster Alex Nowell is knocking it out of the park for this upstart LA brewery. Our recommendation is their Stateside but everything they are pouring is stellar.

Another big surprise came from Six Rivers Brewer who’s Mimi’s Macadamia Nut Porter was out of this world.

Everything is solid. So glad our DC team recommended them!

Let us know what you think of these, and share your favorites.

Why you should be watching the SEC West on Saturday 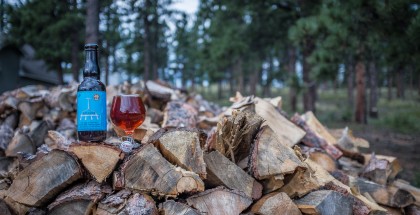