A Conversation With Modern Times Beer

I recently had the pleasure of catching up with Modern Times Beer COO Chris Sarette. Here’s what we discussed:

Tell me the story of how Modern Times got its start.

Our founder, Jacob, was working at Stone and really caught the bug to go out on his own and try this out. His dad volunteered to help fundraise the capital to get started in a serious way with a 30 barrel production facility. Jacob’s philosophy has been sessionable, aromatic beers focused on hybrid styles, not your traditional IPA’s and pale ales. He started brewing in a commercial sense last July and it’s just been bonkers since then.

So much of Modern Times’ identity involves the beautiful design elements on your labels and logos and even your tap room. Where does design play into the craft beer industry and how did you arrive at your look and feel?

As the craft beer industry gets more and more congested, design is one of the differentiators. For Jacob, he knew design was going to be part of that quirkiness that’s essential to our brand. The design philosophy here is really a product of both Jacob and Amy Krone, our in house roaster and graphic designer. I think a lot of the early design genius was, we have 7 days and $70 to come up with some of these installations. So, we have tumbleweeds as our light fixtures in the tasting room and that mosaic is post-its, maybe $100 worth. That budget awareness produced a lot of incredible things here.

On a side note, if you’ve visited the Modern Times Flavordome in North Park and wondered where all those old VHS movies came from: 2 Blockbusters were cleared during a going out of business sale.

You mention in the description of how Modern Times gets its name based on a small isolated utopian community started in the 1850’s right outside of New York. How does that play into your beer?

Nearly all of our beers are named after real or mythological utopias. There’s actually a dictionary we’ve got, probably 6 inches thick, with all the names of real or mythological utopias. So we just go through and say – That sounds like it could be an Imperial Stout. And again, I think it adds to the sort of quirkiness and fantasy elements. It’s also another differentiator. When you’re talking about brands, it definitely stands out in that way.

You pride yourself on blending styles and taking unique out of the box approaches toward beer styles, explain.

It’s really cool to expand the consumer’s mind when it comes to beer. Especially here in Southern California. The first question someone asks when they walk into our tasting rooms is, “What’s your IPA?” People told Jacob he was crazy not to have an IPA as one of the core styles. But with Blazing World, which is our hybrid amber IPA and Fortunate Islands, our wheat IPA, you’re getting that familiarity of a hop backbone to the beer but in a way that you’ve never tasted it before. It’s not hit you over the head hops, it’s just blended in a well-balanced well way. We do a ton of experiments and I’d say it’s one of the coolest parts of working here. Just constant innovation – trying this with chai tea or that with lemongrass or throwing 50 pounds of heirloom peaches into a sour barrel just to see what happens.

What’s next for Modern Times?

Holidays and the winter season are exciting for us with Black House and Lomaland tending to do a little better over these months. We do all on-site roasting for our coffee stouts and are playing around with the different single origin coffees into beers. So there’s going to be a lot of continued innovation in that space. We just released our first barrel aged Imperial Stout a few weeks ago and it sold out within a day online. So that’s exciting and we’ll be doubling or tripling our volume for the barrel program next year. The most exciting next release will be our sours which are getting bottled tomorrow and available online after bottle conditioning in about a month.

What kind of music is usually being played while brewing?

It depends on the time of day. Our brewers get control of the music until 11. So there’s an interesting mix of classic rock, death metal or whatever in those hours. But as soon as 11 rolls around, the tasting room gets control and they have a kind of Copacabana vibe to it.

Where do you see the California beer scene compared to the rest of the country?

Within San Diego, we have close to 90 microbreweries so that’s an insane number of brands competing for the attention of consumers. Some have local aspirations, others have national ambition. I think it’s figuring out how to stand out, how to still be relevant to consumers. So what’s going to be your differentiator and how are you going to set yourself apart. I think that’s going to be critical to success right now. In California, I’d imagine there’s still some leeway if you’re the only game in town, you can probably be a little more inside the box.

We have a couple things out right now that are just excellent. My favorite beer at the moment is Aurora, which is our Red Rye IPA. Just an absolutely delicious beer that has Fall sensibilities to it and a beautiful color. That’s the one I’ve been drinking lately. But we’re playing around with stuff all the time. We did a Gose a couple months back which was my introduction to that style of beer. And man, it was just delicious.

Welcome to the InterNEAT! Volume 61 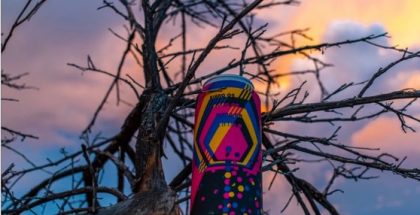