Welcome, boils and ghouls! Your pal, the Craft Keeper here, just “diggin’ up” some more Halloween events for you this week. As the Brewmaster of Scaremonies, I’ll lead you along the way as this week’s events promise to be quite “wild” and will have all of your “heads” a-rollin with tons of beer releases, All Hollows Eve beer celebrations, and costume parties. Enjoy the spoils of our city and drive responsibly, kiddies! 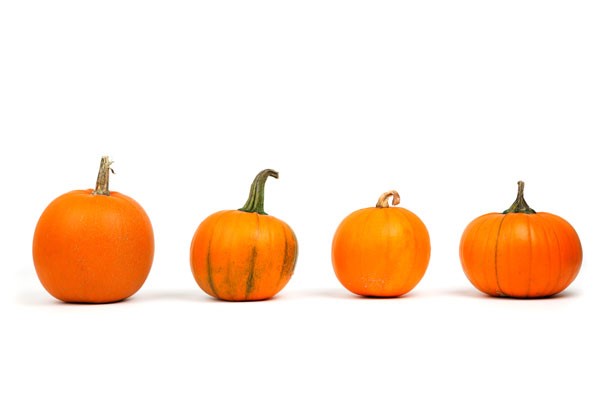 Every Wednesday, CKBC releases a fun and interesting one off cask. This month is full of pumpkin goodnesses! Pumpkin pie flavored beers are all the rage and CKBC has been hit with the craze too!! So, this October, all of their Wednesday casks will be created with the pumpkin pie in mind! This week’s cask starts with their Saison and has pumpkin pie spices added. This week’s dessert pairing will be Pumpkin Whoopie Pies, K1’s personal choice!! This yummy classic has pumpkin cakes with an apple cinnamon cream cheese filling! Get here early as they will surely be gone!! CKrêpes & CKatering here at 3pm serving up all your favorite gourmet cuisine items!

Wednesday is $2 Craft Can Night from 5pm-close at Hops and Pie.  This week’s artist sando of the week is an east coast classic: The hot pastrami sandwich with whole grain mustard and horseradish sauce, swiss and slaw on a griddled house roll!! I had this sandwich last night and it was wicked legit. Get your paws on this pastrami!

This October High Hops are taking a break from their “Firkin Hump Day” to release unto the world something dark and sinister, beers they discovered in the depths of Windsor, brews so evil that they are not sure that the small town is ready for them. They bring you “Ales from the Crypt.” Every Wednesday at 5PM. They’ll introduce one of the brews each Wednesday and on the night of All Hallows Eve, they will end the month will a special release to “appease the demons!” Try them all if you dare!

This Wednesday they’re releasing their the Crypt Keeper EyePA. Time to try a twist on a pumpkin beer… an “Eye” PA! AHahahaha! It’s got a slight ginger flavor and aroma with bright orange hues that should really “squash” your tastebuds. But don’t take my w-“horde” for it, try it for yourself!

World of Beer is partnering up with ESPN to bring you WOBtoberfest, the most interactive beer festival connecting people through sports, and great craft beer! Join WoB Thursday, Oct. 30th at 5:30 p.m. at the Mile High Station for sports, passion and beer. It’s the only beer festival that combines live music, sports, and an endless flow of craft beer. More info can be found here, tickets can be found here. 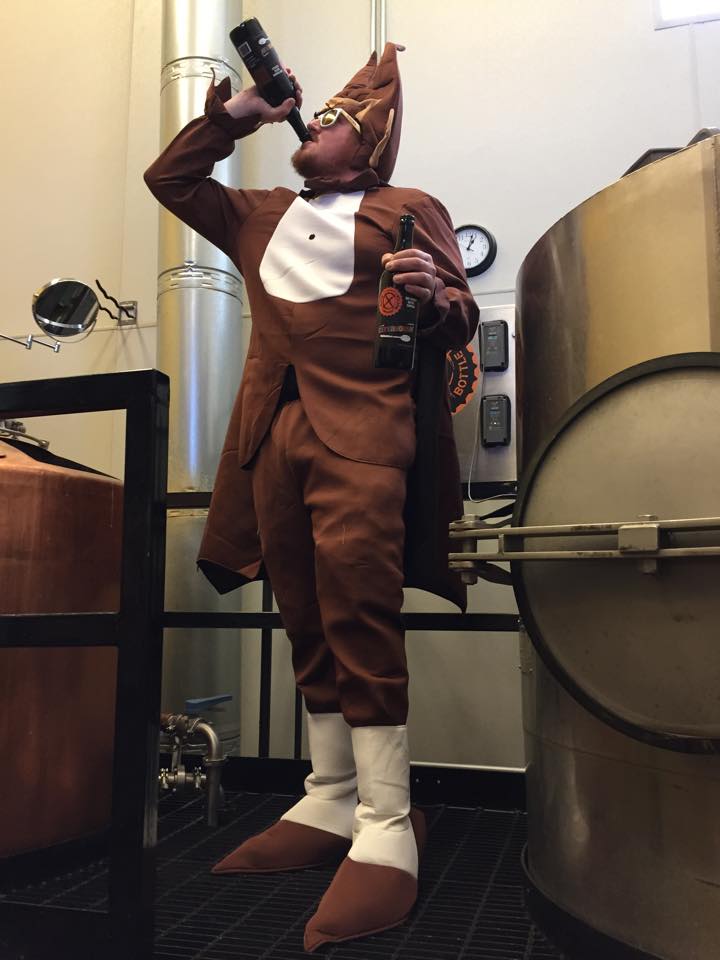 Tapping Cerealiously with Count Chocula on Thursday Oct. 30th join us at 5pm for the madness. They will also be giving away some Monsters gift bags courtesy of General Mills. As always they will have Count Chocula to serve you as a side car for your beer, and they also are making Monster Marshmallow Bars for a spooky treat. 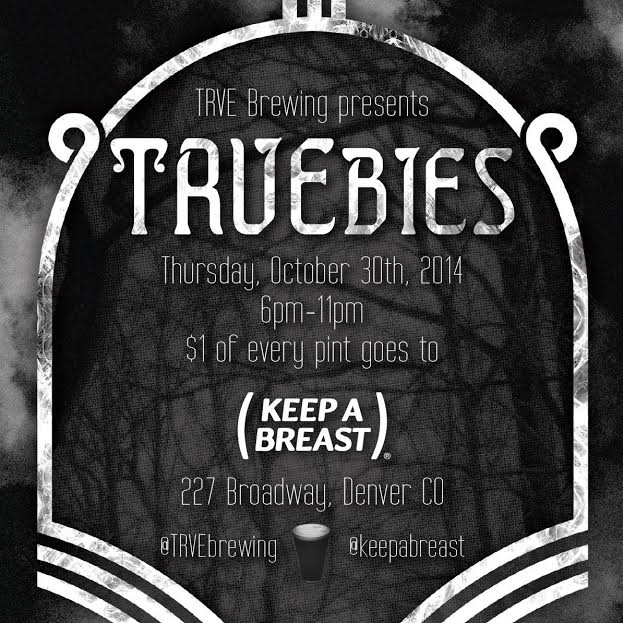 This Thursday, October 30th from 6pm to 11pm – come help support the Keep A Breast Foundation, a rad organization dedicated to empowering and educating young people about breast health and early detection. They’ll get $1 for every pint sold that night. Let’s crush some beers for boobies! They also just tapped a new brew, DUNWICH, their new robust porter. 5.4% ABV. As smooth and well roasted as you’d expect for an homage to Electric Wizard. 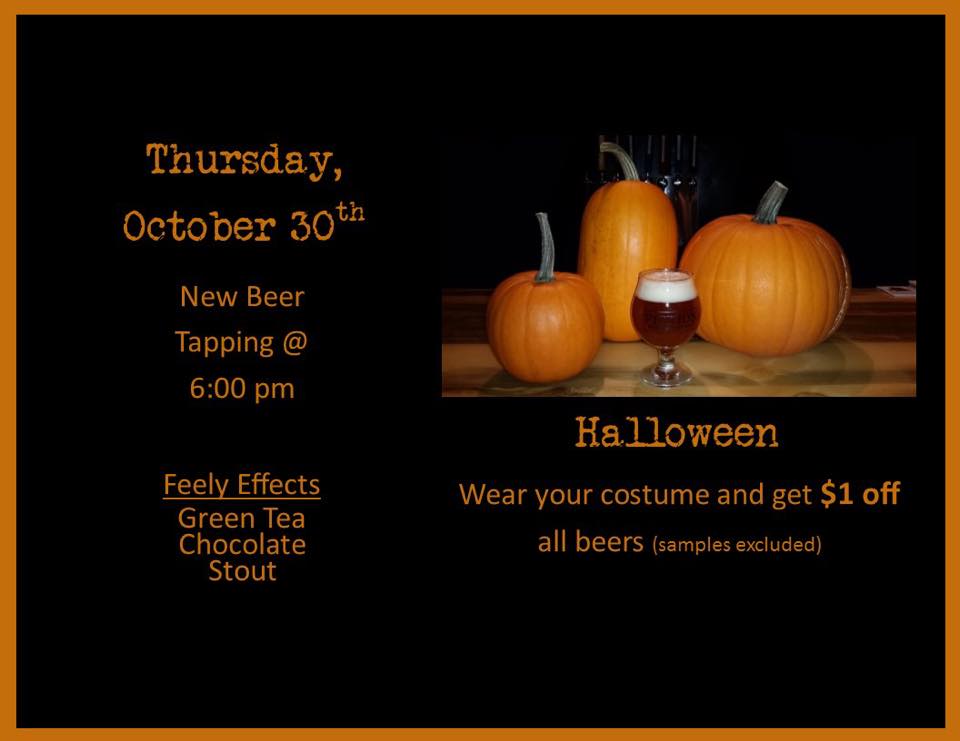 Coming up this Thursday, October 30th is a new beer tapping at 6:00pm – “Feely Effects”, a green tea chocolate stout. Then on Friday, October 31st, wear your Halloween costume into to tap room. Every adult wearing a costume gets $1 off all beers (samples excluded). 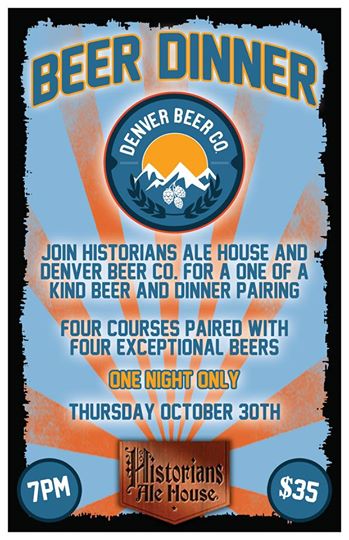 Join Historians for a beer dinner this Thursday with Denver Beer Co! $35 for a four course meal and four amazing different beers.

Join Denver Bicycle Cafe for a beer and cheese pairing featuring gourmet cheeses hand-picked to match a selection of four beers from Colorado’s brewers. $20 pre-purchase below or at the cafe. $25 day-of. This month’s focus is with The Fort Collins Brewery. Pair four 5 oz craft beer pours with four different cheese while discussing and learning from our cheese expert, Amy Combs, of A Cheese Peddler. 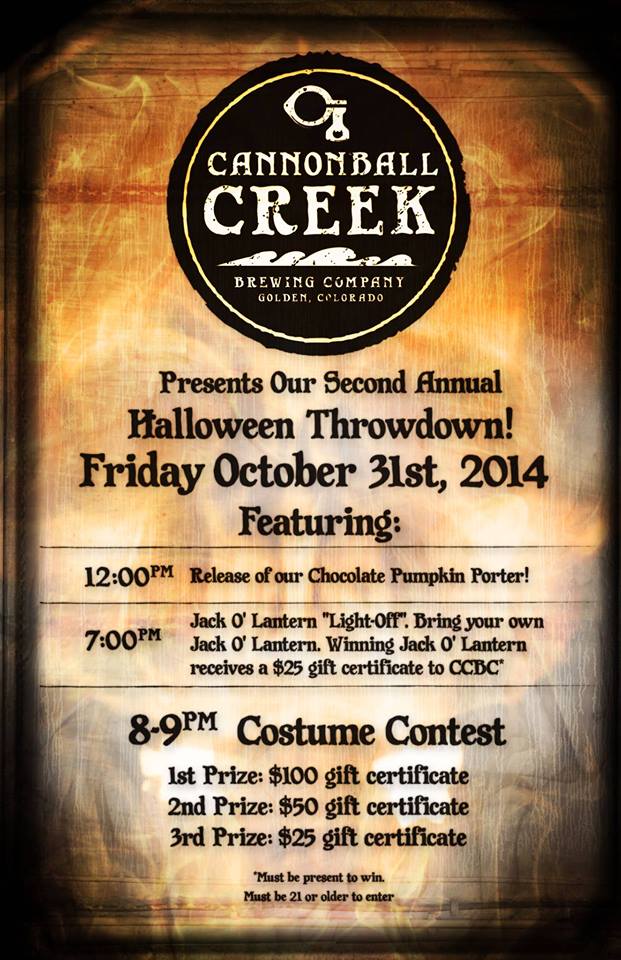 They are hosting their Second Annual Halloween Throwdown at the brewery! The following are things to look forward to:
~The release of this year’s batch of Chocolate Pumpkin Porter
~A costume contest with first, second and third place winners
~A carved pumpkin contest! *Bring your own carved pumpkin for a chance to win a $25 gift certificate!
~Several other delicious Cannonball Creek beers including Mindbender IPA, Chain-Shot Abbey, Battlecat Stout, etc.
~Two different food trucks to choose from: Churn & Burn BBQ at 12pm; then Rolling Dough Pizza at 5pm
~A spooky, scary experience with lots of awesome people!
Costumes encouraged!!!!

COSTUME CONTEST – Stop by the taproom, in your costume, for a beer and a photo anytime on Halloween Friday. They’ll review all entries over the weekend and announce best costume prizes on Monday, November 3rd!

PUMPKIN CARVING CONTEST – Drop off your entry by Thursday, October 30th to help Odyssey decorate the taproom. Judging will take place during the party and the winner receives a free glass growler and growler fill!

ARTIST RECEPTION/DJ MUSIC – Join Scott Trask as he shares his passion for the artwork displayed in their taproom, and then he takes over the music as DJ at 9:30pm! 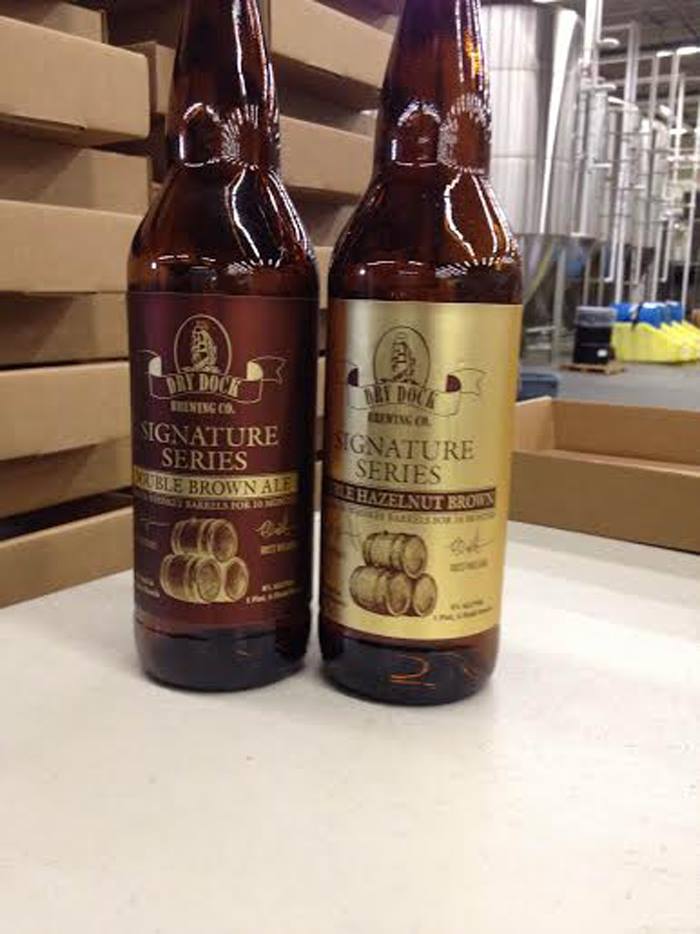 FIRKIN! It’s Firkin Friday at Dry Dock, where the brewery taps one of their beers that’s been cask-conditioned… usually with a twist! This week, they tap  their caramel apple old ale! Also, the brewery just released their Double Brown Ale and Hazelnut Double Brown Ale in their Barrel Aged Series. Pick them up if you dare!!!! 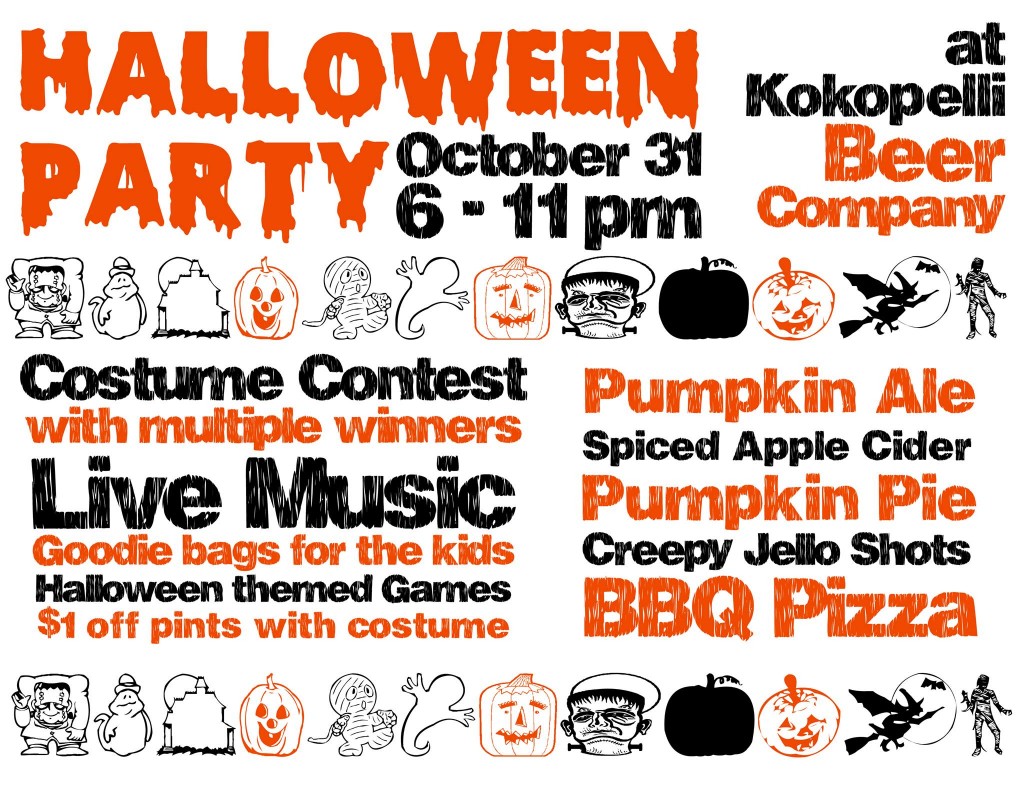 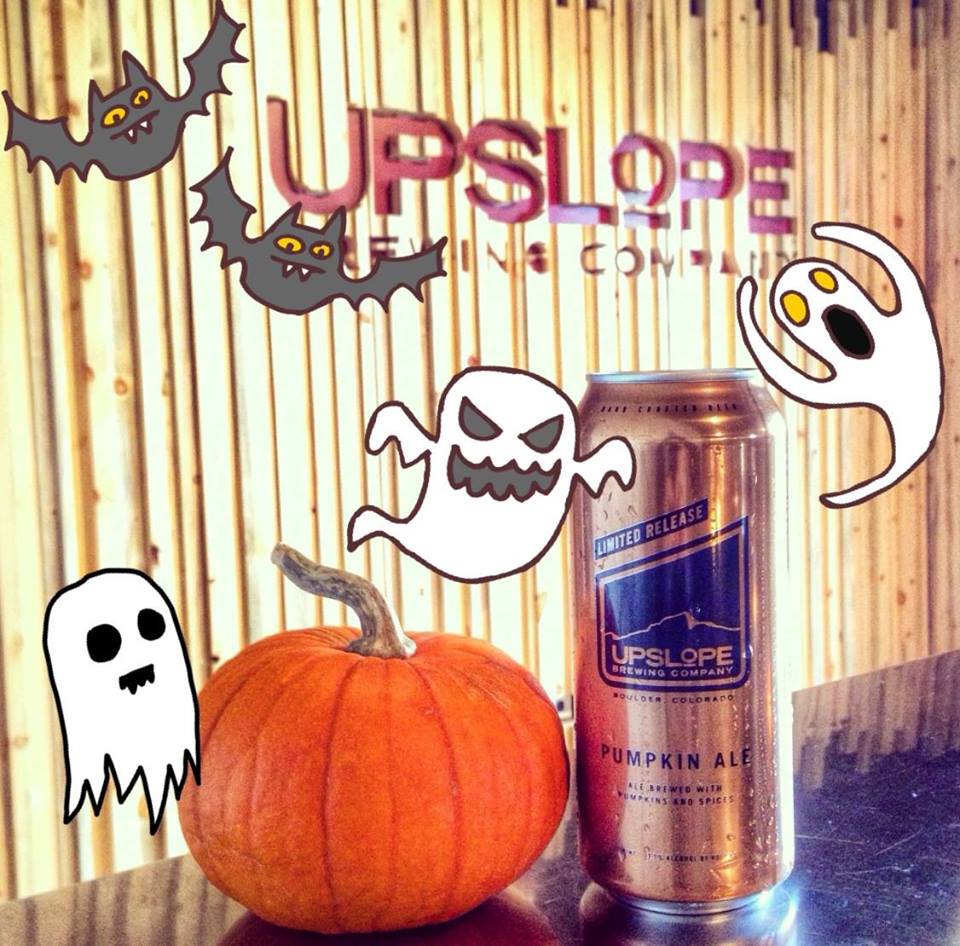 Start planning your costume and get ready for a freaky fun time with some beats, boos and brews at their Swills & Chills Halloween Costume Party! Live DJ! Tunes by Old Man Winters.  Upslope will be clearing out their barrel room to make room for all the Thriller dance moves we know you’ll be busting out! Costume contest (1st place = $100 tap room gift card, 2nd place = $50, 3rd place = $25)

Back by popular demand, it is the return of FCB’s Halloween Parking Lot Party and Costume Contest! Enjoy live music by Blue Heron Blues Band, great food & plenty of excellent FCB beer! Free entry with canned food item and/or cash donation for Larimer County Food Bank. Be sure to stop by FCB before your late night parties and Halloween shenanigans. There will be some great prizes to win. 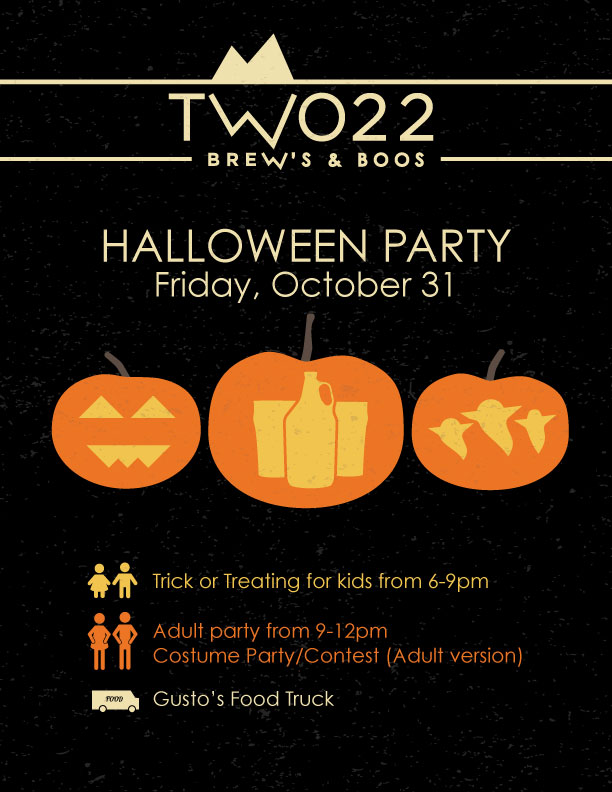 Halloween Party at the brewery! Family friendly til 9pm, adults only after. Gusto’s Kitchen will be the food truck on site. Boo!22 will be back on tap!!!! 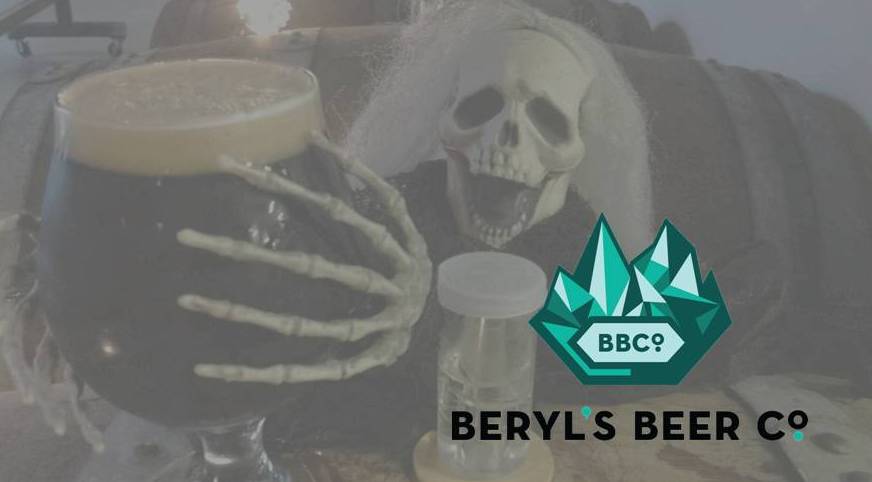 Come celebrate HALLOWEEN with the Beryl folks! Costumes are highly encouraged and prizes will be awarded! 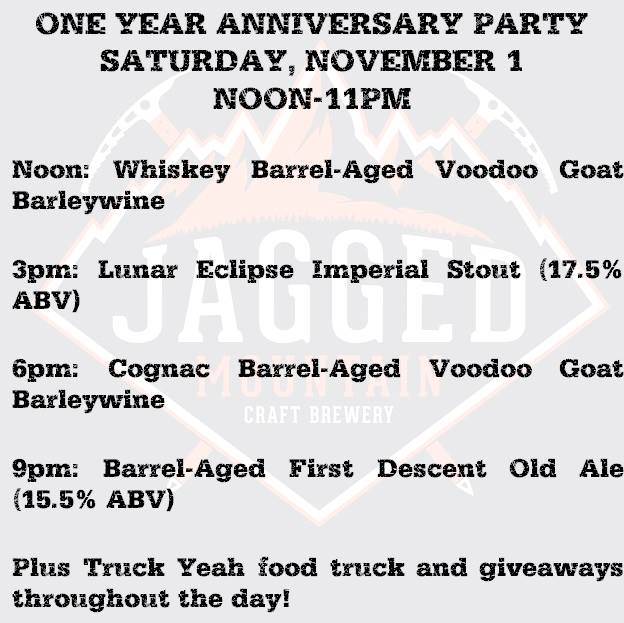 Their 1-Year Anniversary Party is next Saturday, November 1st from 12pm to 11pm. They will be tapping some rare beer releases and doing giveaways throughout the day. At 12pm: Whiskey Barrel-Aged Voodoo Goat Barleywine. At 3pm: Lunar Eclipse Imperial Stout (17.5% ABV). At 6pm: Cognac Barrel-Aged Voodoo Goat Barleywine. And at 9pm: Barrel-Aged First Descent Old Ale (15.5% ABV). Plus Truck Yeah food truck will be on site as well. 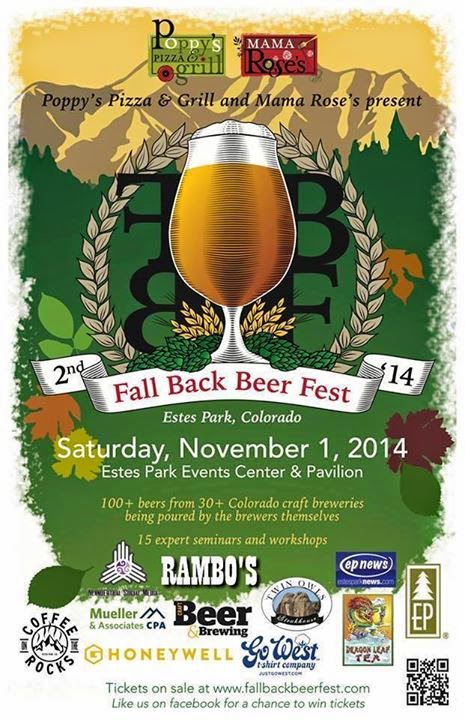 Held each year on the day we turn the clocks back, Fall-Back Beer Fest is not only a celebration of beer, but also the people who make it. With 100+ beers being poured by the brewers themselves from 30+ Colorado breweries, festival goers are sure to walk away having learned something new about their favorite beer from the people who created it. FBBF also coincides with the American Homebrewers Associations Annual ‘Learn To Homebrew’ Day. To help celebrate, a number of AHA sanctioned homebrewing clubs will be present and brewing for everyone to watch. With seminars from beer glass experts, food pairings from certified cicerones, demonstrations from homebrewing equipment fabricators, samples from hop farms, giveaways from local homebrew supply shops, and much more, there is sure to be something for everyone. Also, FBBF is family-friendly! Helping with the celebration of brewing are Colorado craft soda breweries pouring samples for guests of all ages! Plus, for everyone’s entertainment, live music throughout the day!

Come on down to try their first ever Firkin release! They took their tap room favorite Northern English Mild and tossed it into a firkin then added more than a few generous handfuls of Colorado grown Habanero peppers! This will be a wild combo that you don’t want to miss out on. Firkins don’t last long in this beer thirsty town so make sure you are at the brewery ready!

November’s biggest beer festival is back for its 8th year. They expect to have from 60-70 Colorado-only breweries participate in the biggest ever event in Colorado Springs. There will be two sessions of tasting with options to get in early with VIP or Early Entry passes. Designated Drivers can attend for $10. There will be a special VIP zone where ticket holders can sample food and beer pairings and additional beers not available to the General audience. Tickets are on sale starting in September. And for the first time, Oskar Blues will bring their famous Silent Disco to the All Colorado Beer Festival.

Come join the Diebolt crew for their Day of the Dead celebration and raise a beer to honor those no longer with us. Plus, get some extra mileage out of your Halloween costume and win some prizes while you’re at it. Undead beats by DJ P-Cuz rocking the brewhouse at 7pm.
Food truck: Mobile Meltz truck from 6 – 9.. Also, the return of the dreaded Graveyard Ale, one of their signature beer blends. Don’t be scared! 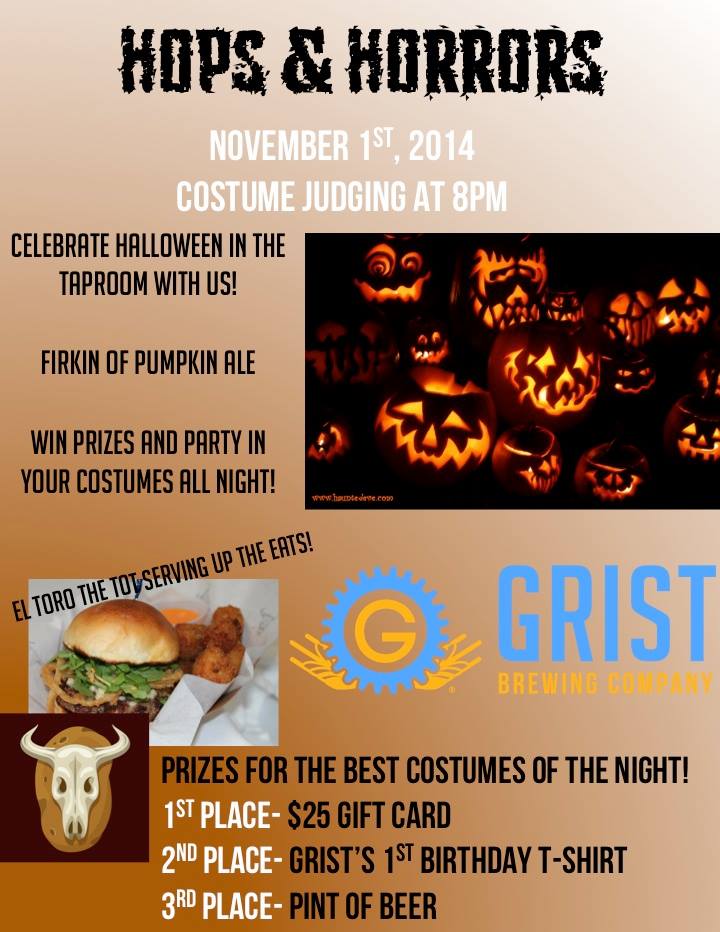 On November 1st , they’re celebrating Halloween in the taproom and will tap into a firkin of Pumpkin Brown! Wear your costume in, drink beers & celebrate your favorite holiday with Grist crew. There will be a judging at 8pm & prizes for the best costumes. El Toro the Tot will be slangin’ them good eats as well. We’re becoming pretty big fans of Grist and can’t wait for their anniversary coming up (check the ‘future events’ below).

GDBC is excited to announce that they have officially broken ground on their second location along the South Platte River in the downtown Denver neighborhood of River North (RiNo), and their expansion project is finally underway as of the end of September 2014. The first phase of the expansion is set to be up-and-running by summer 2015 and will be a 65,000 square foot warehouse, storage and packaging facility. The brewery will be canning there and, in addition, that location will also house a taproom called the Barrel Bar. We were so excited at their anniversary to see the new grounds and can’t wait for this expansion to come to fruition.

Thanks for joining us for another installment of PorchDrinking’s Weekly Denver Beer Beat boils and ghouls. The Denver Beer Beat brings news of openings, special tappings, firkins and one-off batches, bottle releases, dinners, pairings, anniversaries, tap takeovers etc. each and every week.